Prince Harry reportedly went into “panic mode” following news of Queen Elizabeth’s recent hospital stay. A source tells Us Weekly that Harry, who lives across the pond in California with Meghan Markle and their children, “felt helpless being 5,000 miles away in Montecito and has been checking-in non-stop with her.”

The source adds that Harry still “feels guilty about not saying goodbye” to his grandfather Prince Philip in person before he passed away in April, and is hoping to return to England for Christmas: “[He] would never forgive himself if the same thing happened with his beloved grandmother.” 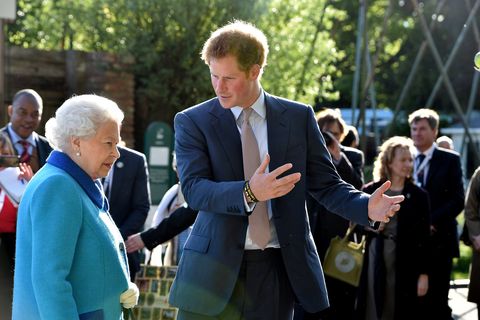 The Queen spent one night in hospital last Wednesday for “preliminary investigations” and returned home to Windsor the next day at lunchtime, where it was said she was “in good spirits.” The palace’s full statement at the time reads:

The Queen is said to be back to “light duties,” and a Buckingham Palace spokesman said she’d “reluctantly accepted medical advice to rest for the next few days.”

A source explains that “The queen is finally acknowledging that she won’t be around forever and needs to slowdown. She’s not a quitter and will continue working but is handing over of some of her duties to Prince Charles and Prince William and is preparing them to take over.”

Here’s to hoping the Queen rests up and feels better soon—and that Harry is able to see her ASAP!