“The Powerpuff Girls” have grown up … and their sugar, spice and everything nice no longer comes in cartoon form.

The 3 leads of the upcoming live-action series — Chloe Bennet, Dove Cameron, and Yana Perrault — were filming the pilot Wednesday in Atlanta … along with former “Scrubs” star, Donald Faison, who plays their creator/father, Professor Utonium.

It’s the first look at the ‘PPG’ stars in their full, colorful costumes … with Bennet in pink playing Blossom, Cameron in blue as Bubbles, and Perrault in the green playing Buttercup. 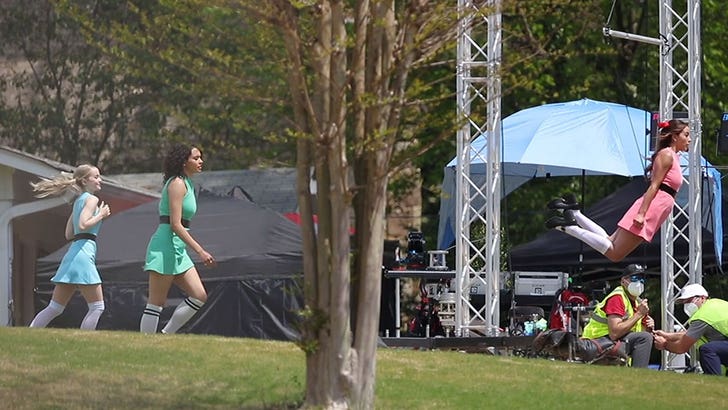 At one point during the shooting of an action scene, Blossom went flying through the air as the other Girls ran past her.

Looks like they all have the Chemical X factor.

The CW is hoping to relaunch the popular Cartoon Network animated series from the late ’90s, with the new version picking up with the titular superheroes as “disillusioned twenty-somethings who resent having lost their childhood to crime-fighting.”