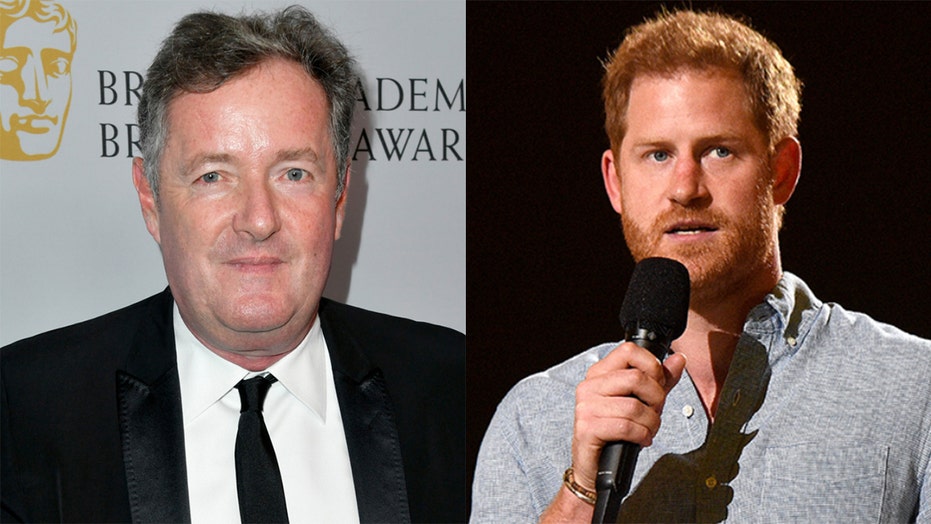 Piers Morgan penned a lengthy rebuke of Prince Harry after he appeared on a podcast and bad-mouthed the First Amendment.

The Duke of Sussex has faced some backlash from American political figures after he appeared on the latest episode of Dax Shepard and Monica Padman’s “Armchair Expert” podcast.

While chatting about life in Los Angeles – where Harry and wife Meghan Markle have settled since leaving the United Kingdom – the 36-year-old discussed the intense media scrutiny that resulted from his stay at film producer and actor Tyler Perry’s Beverly Hills mansion. He specifically took issue with the paparazzi.

“I don’t want to start sort of going down the First Amendment route because that’s a huge subject and one in which I don’t understand because I’ve only been here a short period of time,” Harry told the hosts. “But, you can find a loophole in anything. And you can capitalize or exploit what’s not said rather than uphold what is said.”

“I’ve got so much I want to say about the First Amendment as I sort of understand it, but it is bonkers,” he concluded. 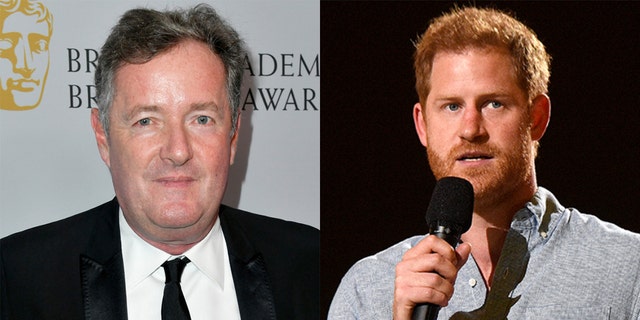 Piers Morgan slammed Prince Harry for comments he made about the First Amendment during a recent podcast interview.
(Getty Images/AP)

His comments seemed to incite a big reaction from Piers Morgan, who penned an op-ed to The DailyMail in which he took down the British royal for lambasting one of America’s most sacred institutions.

“The First Amendment is one of the things I most admire about the United States, especially coming from a country like Britain where free speech for journalists like me is now heavily regulated,” Morgan, who recently left his job at “Good Morning Britain” after ripping into Markle, 39, over comments she and Harry made during an interview with Oprah Winfrey.

“Like so much of the absurd Meghan-inspired psychobabble that spews out of [Harry’s] mouth, none of this makes any sense, and he clearly doesn’t understand what he’s saying either.”

The Duke and Duchess of Sussex have previously taken on media outlets that have written about them in unfavorable ways, making the concept of freedom of the press and media saturation a topic close to home. Morgan, 56, continued by lumping Markle in with her husband, noting that he believes their past brushes with the media put them at odds with the fundamental freedom of the press that America enjoys.

“Though we can safely assume that he just hates anything which affords any protection to journalists to say things he doesn’t like because that has been a familiar theme from the indignant media-loathing Prince for the last few years,” Morgan wrote. “It’s the same mindset that makes Meghan think she can complain to the bosses of TV networks when presenters like me refuse to believe her lies – and have them removed from their jobs if we don’t apologize for our impertinence.”

He goes on to note that Americans will not take too kindly to having their First Amendment questioned by someone in Harry’s position.

“All that Americans will take away from Harry’s outburst about the First Amendment is a posh, privileged British royal slamming their Constitution and their unalienable rights to freedom of speech and expression,” he concluded, adding, “It takes an extraordinary amount of entitled arrogance to mock the most revered building block of your adopted country’s history.”

In addition to slamming the royal couple over Harry’s comments on the First Amendment, Morgan used his lengthy op-ed to sound off on other parts of the interview that vexed him such as talking about his upbringing in the “privileged” environment of the royal family, likening it to being on “The Truman Show,” “a zoo” and noting the “pain and suffering” his father, Prince Charles, put him through.