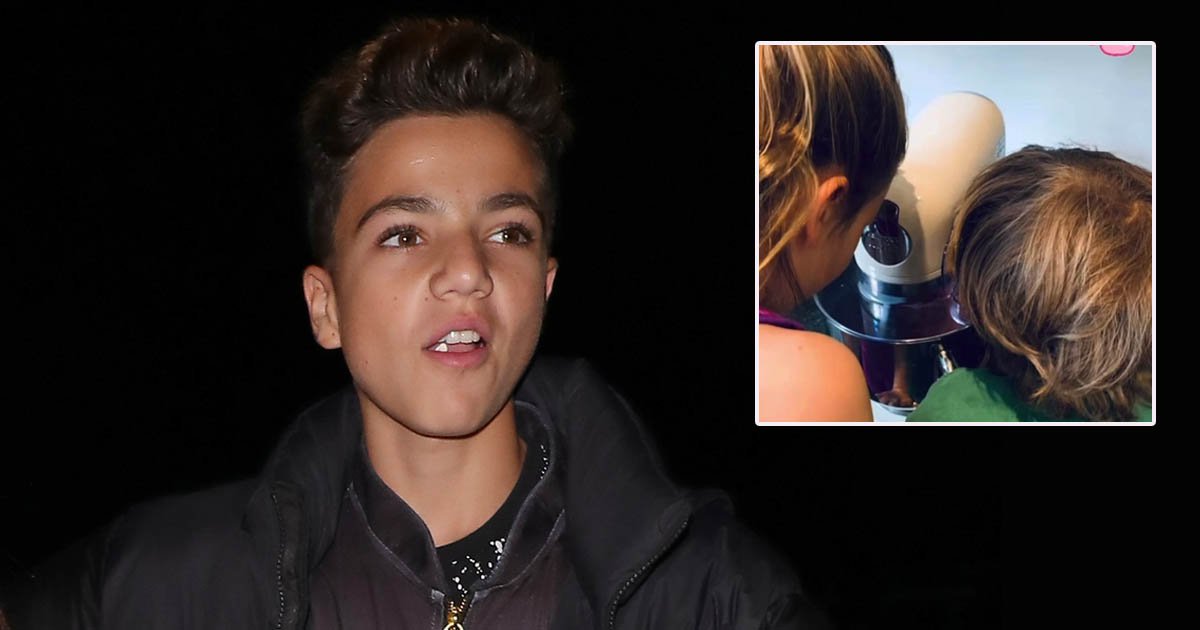 Although the couple avoid putting their daughter Amelia, seven, and son Theo, four, on social media, Emily shared a rare snap with the children facing away from the camera.

In the photo, Theo and Amelia could be seen watching some cake mixture being whizzed around by an electric mixer as they baked with their mum.

She added: ‘What better way to kill time in self isolation than baking,’ as she shared the process with her followers.

Emily, 31, shared the hashtag #SelfIsolation as she showed the mixture being poured into two cake tins ready for the oven.

Later, she updated on the finished product, which had been filled and iced, telling her followers: ‘Tea, cake and @bbclineofduty… not like we’ve got anything else to do.’

Showing that the countdown was on until they were able to leave the house again, Emily added: ‘#5DaysToGo’.

It comes after Junior revealed last week that he had tested positive for the virus, meaning the family would have to isolate.

The 15-year-old previously had to isolate for two weeks in November after a classmate of his had tested positive for coronavirus.

Peter, 48, who shares Junior and his 13-year-old sister Princess with ex Katie Price, appeared to be in high spirits despite the family being stuck in the house.

Princess shared a video of him cleaning the kitchen with all his usual enthusiasm and energy while singing My Humps by the Black Eyed Peas.

While Pete was into the song, Princess was less taken with it as she joked: ‘Why is my dad so weird, someone help.’

Emily also revealed that the kids had been spending time in the garden too, as she revealed the flowers Theo had picked for her.

She wrote: ‘Theo picked these for me today, he calls them Don’t Forget Me instead of Forget Me Not! So gorgeous.’