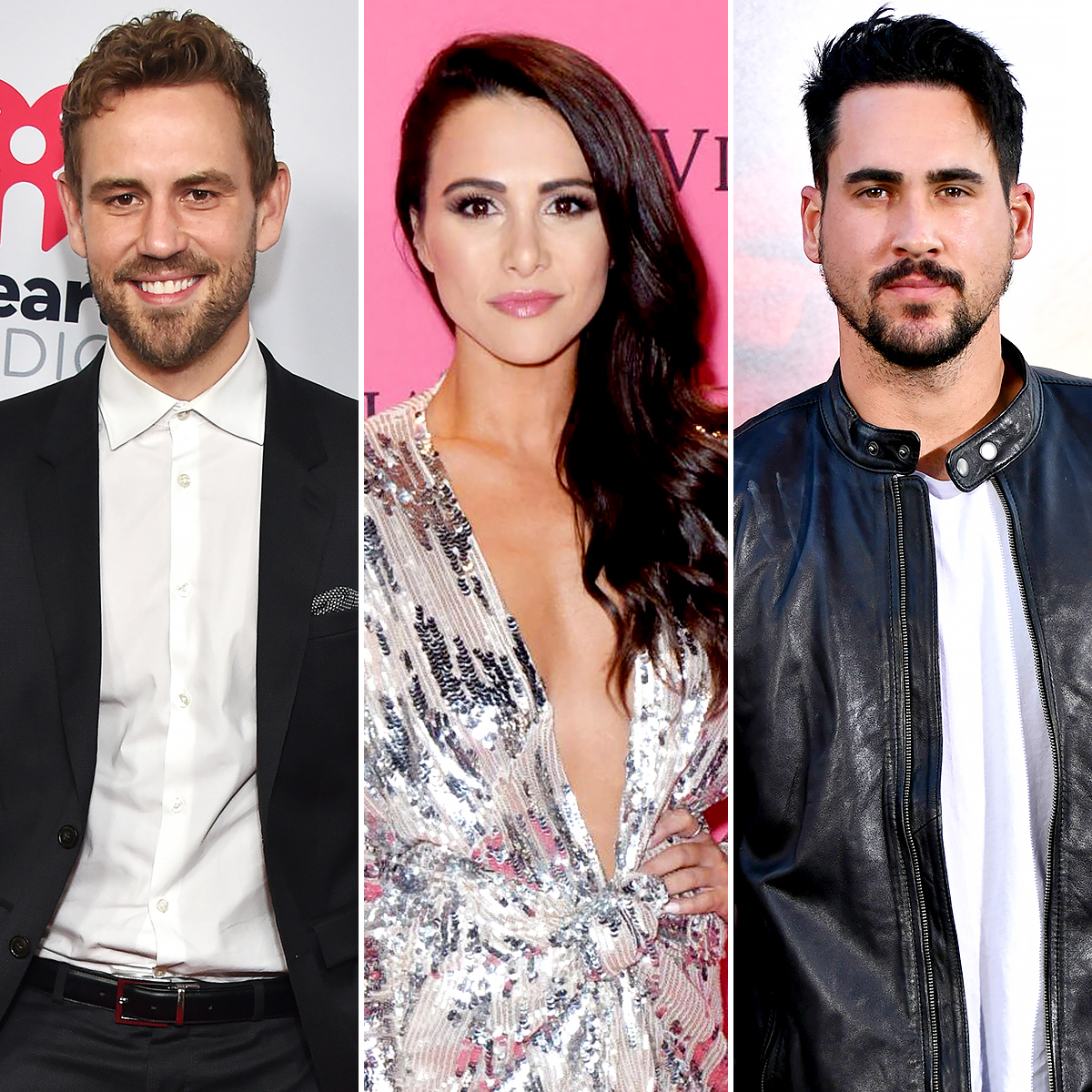 Some Bachelor Nation rivalries never end. Andi Dorfman’s exes Nick Viall and Josh Murray exchanged words on Instagram six years after they competed for her heart on season 10 of The Bachelorette.

In the comments section, Viall, who was runner-up on Dorfman’s season, replied, “@Andi_dorfman it still stings.”

While the former attorney didn’t weigh in, Murray quipped back, “@NickViall awww hey Nick, good to hear from you buddy, thanks for tuning in.”

Dorfman got engaged to Murray during the season 10 finale of The Bachelorette, which aired in 2014, after sending Viall home. The former couple called it quits six months after the episode aired. In her memoir, It’s Not Okay, Dorfman accused Murray of being emotionally abusive, which he denied. She also wrote about the former baseball player struggling to get over the fact that she slept with Viall while filming the series.

“He seemed to struggle over whether he was more upset by the fact that I had lied or that I’d had sex with another man,” she wrote. “Several more apologies later, it became clear the issue was about my having sex with someone else. That one sexual escapade would become a power play used by my fiancé to justify his mistrust in me. It would be an excuse to call me a whore. And it would eventually lead to the demise of my engagement.”

While Murray was briefly engaged to Amanda Stanton after season 3 of Bachelor in Paradise and Viall went on to become the Bachelor, Dorfman hasn’t publicly dated anyone else in Bachelor Nation. She did, however, joke about reaching out to Viall and her second runner-up, Chris Soules, last month.

“I’m about two days and/or three martinis away from texting all of my exes,” a meme Dorfman shared on March 23 reads.

She then shared a screenshot of a blank group text to Viall and Soules, 38.