Neil Patrick Harris and his husband David Burtka showed off their toned physiques while going shirtless at a Miami beach and enjoying some PDA.

Neil Patrick Harris, 47, and husband David Burtka, 45, looked so in love during their latest outing! The two hunks enjoyed some fun under the sun at a beach in Miami, FL over the weekend and in addition to relaxing on lounge chairs, they passionately kissed. As David laid back in his chair looking at his phone, the actor couldn’t help but bend over and share the sweet smooching moment. 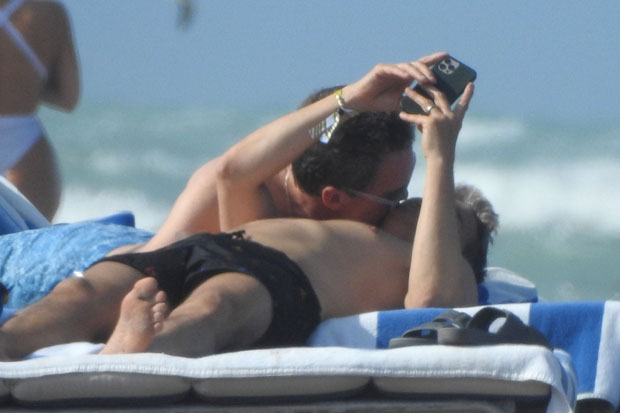 Both guys were shirtless and wore swim shorts as well as sunglasses and looked like they didn’t have a care in the world as they hung out near the splashing water. At one point, they were also spotted drinking refreshing-looking iced drinks that were given to them by a server. 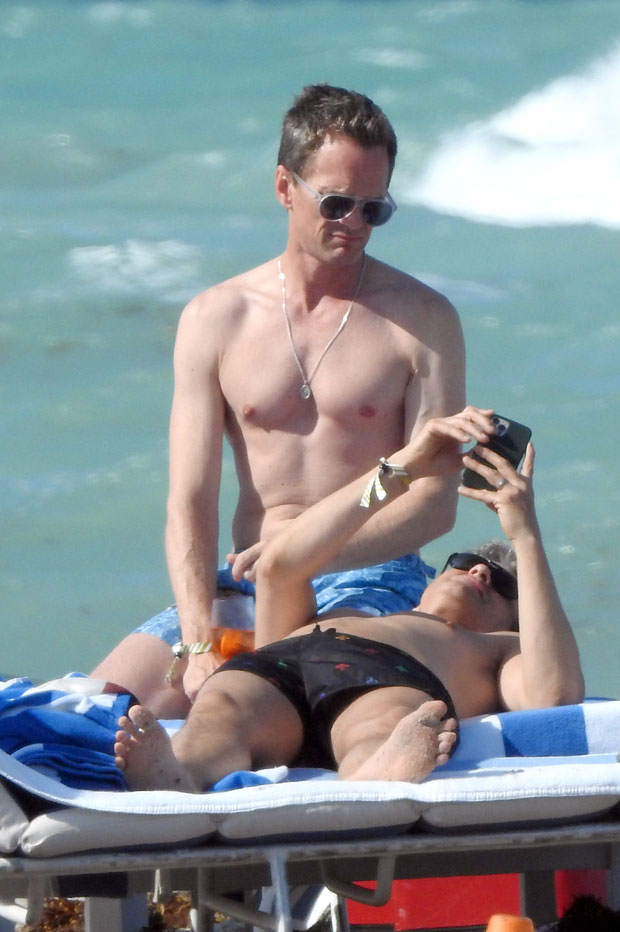 Neil and David’s latest outing is great to see considering their family had a tough experience when they all got the coronavirus last year. The Doogie Howser, M.D. star, who shares 10-year-old twins Harper and Gideon with David, revealed the news on The Ellen DeGeneres Show in Feb. “It was early on so it was a little bit tenuous and scary, there weren’t a lot of examples of anything, but no one had to be hospitalized,” he said.

Despite that challenge, Neil, David, and their kids are known to be a tightknit brood. They often share sweet moments with each other on social media and always express gratitude for the bond they share. One recent post from Nail showed Harper and Gideon smiling while sitting in front of a deliciuos-looking display of seafood. “Aw, shucks. #grateful,” he wrote in the caption.

Before starting their family via surrogate, Neil and David began dating in 2004 and went on to get married in 2014, when New York legalized same-sex marriage. When it comes to how they keep their marriage healthy and strong, Neil says it’s all about “perseverance.”

“I think the secret to a relationship is just perseverance, you know?” he told Entertainment Tonight in 2019. “It’s not always pretty…but he’s pretty, so it makes it easy.”