Organizers of the Miss Universe pageant said Monday that a contestant tested positive for COVID-19 after arriving in Israel, which is pressing ahead with plans to host the pageant despite closing its borders in the face of a newly detected variant.

They did not identify the contestant, and it was unclear if she had the omicron strain, which has raised alarm worldwide and was detected in a traveler returning to Israel last week.

The Miss Universe Organization said most of the 80 contestants have arrived in Israel and that the event will be held as planned on Dec. 12 in the southern city of Eilat with strict coronavirus protocols. The contestants will compete in national costumes, evening gowns and swimwear, and will answer a series of interview questions. 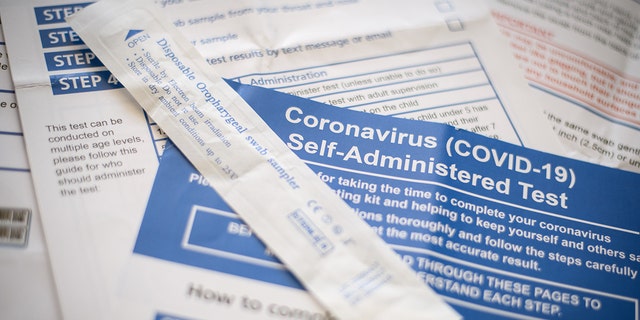 Miss Universe will be held as planned on Dec. 12 in the southern city of Eilat, Israel, under strict coronavirus protocols.
(Leon Neal/Getty Images)

Israel closed its borders to all foreign travelers over the weekend, one of several measures taken to prevent the spread of the new variant after at least one case was detected, in a vaccinated traveler returning from Malawi. The variant was first identified in South Africa but cases have since been detected in several European countries as well as Hong Kong and Australia.

The organizers said the contestant tested positive upon arrival in Israel and was taken to a government-run isolation hotel. She was fully vaccinated and had been tested prior to departure, they said.

Israel had hoped the pageant would help draw tourists and project an image of Israel as a safe destination during the pandemic.

The pageant was already in the spotlight for being held in Israel amid boycott calls against the country over its treatment of the Palestinians. Citing COVID, Malaysia had announced it won’t send a contestant. And South Africa’s government said it was withdrawing support for the country’s representative over her participation in the event.

Both countries support the Palestinian cause.

Andrea Meza, the current Miss Universe, said the pageant shouldn’t be politicized in an interview with The Associated Press in Jerusalem, the epicenter of the conflict, earlier this month. 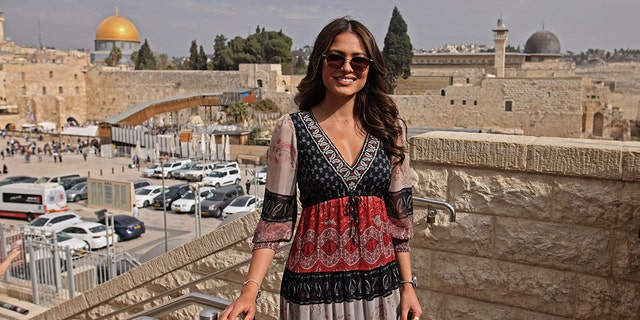 Meza, 27, represents Mexico and was crowned in May, during a COVID-delayed ceremony in Florida, where contestants accessorized their sparkling gowns with face masks. She hands over the crown in Eilat on Dec. 12.

Supporters of the Palestinian-led boycott, divestment and sanctions movement, known as BDS, view it as a nonviolent way of advocating for Palestinian rights. Israel’s occupation of lands the Palestinians seek for a future state is well into its sixth decade, with peace talks having ground to a halt more than 10 years ago. Two prominent human rights groups say Israel’s policies amount to apartheid.

Israel rejects the apartheid label, accusing the rights groups of being biased against it. It accuses BDS of antisemitism — allegations that boycott leaders adamantly deny — and says the movement’s end goal is to delegitimize and destroy Israel itself.

PACBI, a Palestinian activist group and founding member of the boycott movement, had called on contestants to “do no harm to our struggle for freedom, justice and equality by withdrawing from the pageant.”

The boycott movement has notched a number of successes over the years, with major artists like Lorde and Lana Del Ray canceling appearances because of Israel’s policies. But big stars keep coming, and major events like the Eurovision song contest — which included a performance by Madonna — have been held in Israel despite boycott calls.