Megan Thee Stallion was spotted holding hands with her boyfriend Pardison Fontaine as they left a Grammys party in Los Angeles.

Megan Thee Stallion, 26, celebrated her three Grammy Award wins with her boyfriend Pardison Fontaine, 31, after the ceremony on Mar. 14. The lovebirds, who confirmed their romance last month, attended an afterparty in Los Angeles, CA and were photographed while dressed to impress as they held hands. The rapper wore a a figure-flattering sleeveless dress that was different shades of blue and matching blue slip-on shoes while her hunky beau went with a white button-down top under a gray striped jacket, matching pants, and white sneakers. 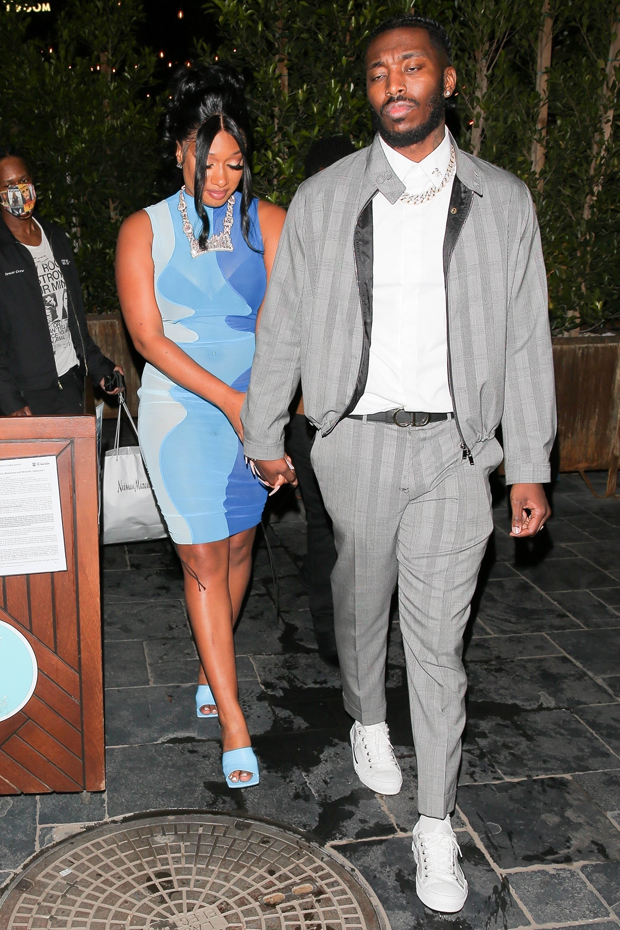 The stars also accessorized with necklaces and kept close throughout the fun bash. In addition to leaving the event, they were photographed while sitting in a car together. Megan held up a peace sign up to the window as they drove by. 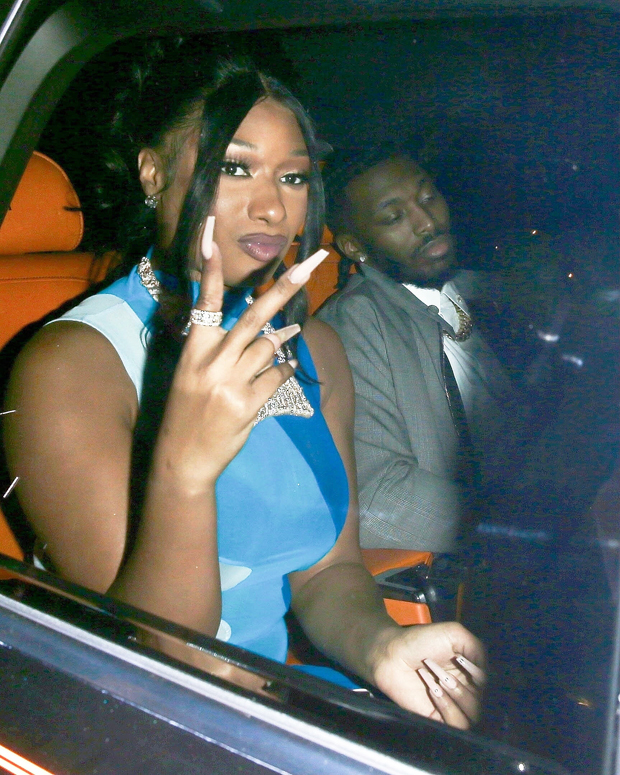 Megan and Pardison’s appearance comes after she had an incredible night at the Grammy Awards. She took home the awards for Best New Artist, Best Rap Song and Best Rap Performance, proving she’s definitely made an impact in the music world. Although she looked great during the afterparty, she also looked fantastic during the ceremony.

The “WAP” collaborator showed off a bright orange sleeveless Dolce and Gabbana gown that included a high slit and massive bow in the back when she posed for pics on the red carpet. She also wore a diamond Chopard choker as her locks were up with two strands hanging down the sides of her face. She also wore matching bracelets and flaunted long nails.

Megan took it up a notch when she hit the stage at the award show. She busted some moves in a custom-made Dolce and Gabbana nude illusion bodycon suit with hand stitched Swarovski crystal accents. She topped it off with matching ankle boots as she twerked and belted out the lyrics to a medley of her hit songs, including “Body” and “Savage.”

She also impressed when she joined Cardi B on the stage to sing their hit “WAP.” It was the first time the duo performed the song on television and they put on quite a memorable show.