Budget 2021: Martin Lewis outlines story that has been missed

Martin Lewis has told his Twitter followers that it was time to “sign off” the micro-blogging site once again, after an online spat earlier today. The Money Show host said he didn’t want to let negative comments “ruin” the rest of the weekend, so was taking a break from the site.

Martin made his decision after remarks were made following his appearance on The Andrew Marr Show.

One Twitter user took aim at the lack of “balance” shown in the BBC programme.

“Spending time reviewing the right wing papers today with a man who’s married to a BBC employee and a BBC employee, for ‘balance’. Jeez, #Marr is just b******s,” the tweet claimed.

Martin, who is married to fellow television presenter Lara Lewington, shared the post with his 1.1 million followers and aired his views on the matter. 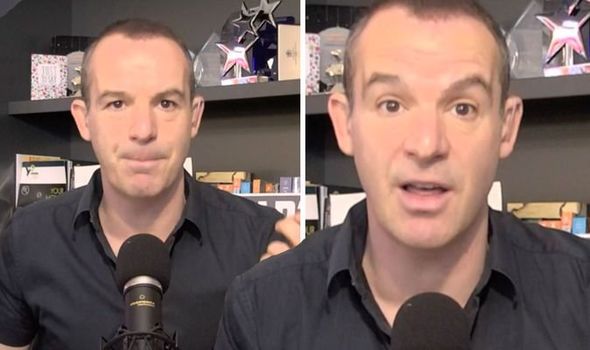 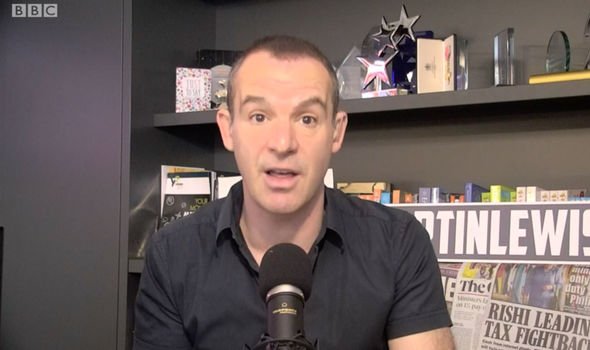 “Pardon? Because my wife works as a BBC tech presenter, are you accusing me of following a BBC line (if there is such a thing)?” he wrote online.

“If so, then forgive me but that’s what’s known in journalism as… unmitigated b******s.

“Judge me by what I say not your own preconceived bias.” 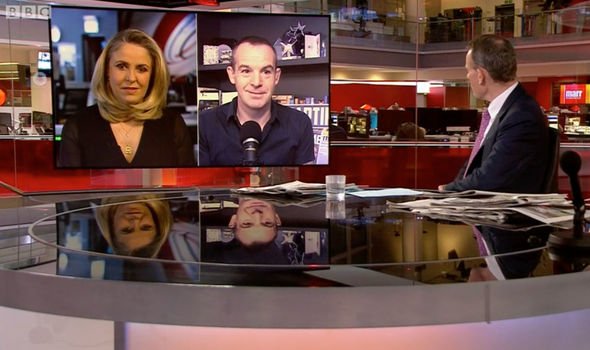 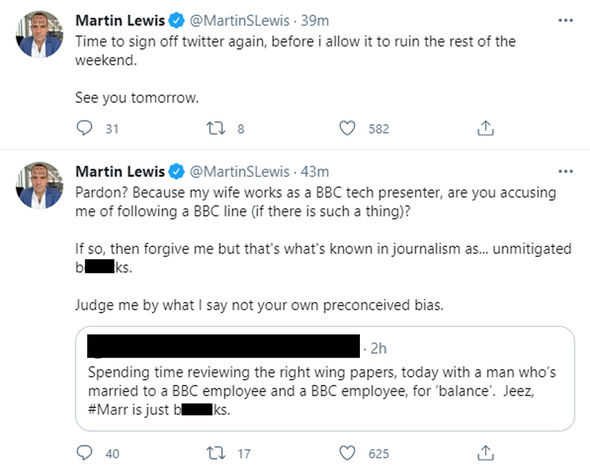 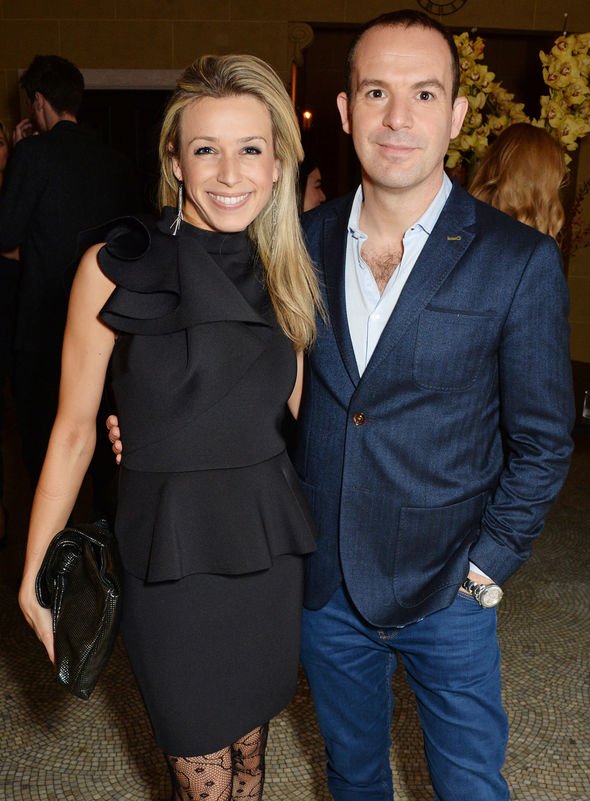 “Well said! Problem with most is the ability to use assumption to drive opinion,” one user wrote.

“What the fluff is wrong with some people? Some seem to go for the jugular with an assumption. Bl**dy unfair. I for one will always thank @MartinSLewis et al for saving my bacon many a time,” a second person added.

“Martin I actually enjoyed watching and listening to you this morning, thank you. Keep fighting for us,” a third remarked.

A short while later Martin returned to the site with an update.

“Time to sign off Twitter again, before I allow it to ruin the rest of the weekend.

“See you tomorrow,” he tweeted.

Just last month, Martin took a week-long break from social media during the half term holiday, to spend more time with his family.

“That’s all folks! It’s half term, so I’m signing off work & social media for family time, till my show Thur,” the father-of-one wrote on February 12.

“Before it’s reported, I need declare we are off on holiday! We promised mini MSE.

“So for 1 night we’re all going to… stay in the spare room (she’s excited). Take care,” he joked.

After a quick appearance on the site ahead of his show, he later announced: “And I’m off again.”

“As planned, I’m now heading back to my half term self-imposed social media exile.

“So please don’t expect any replies until then (and even then, I get too many tweets to reply to all I’m afraid),” he stated.