Chasers Mark Labbett and Anne Hegerty both scolded their co-star Shaun Wallace online last night, after he interrupted their rendition of Leaving on a Jet Plane. The trio sang John Denver’s 1966 hit while in the back of a taxi, in the latest instalment of ITV spin-off, The Chasers’ Road Trip: Trains, Brains & Automobiles.

However, 60-year-old Shaun came in with the chorus at the wrong moment and supposedly ruined their performance.

“Shaun, don’t come in at the wrong moment!” Anne wrote on Twitter after the show aired.

“Aww, we love Shaun really!” the former I’m A Celebrity… Get Me Out Of Here! contestant added alongside a laughing emoji. 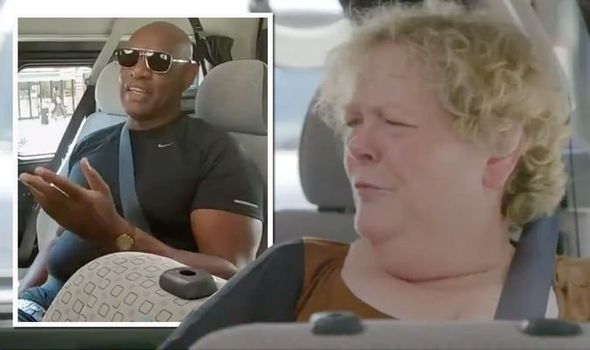 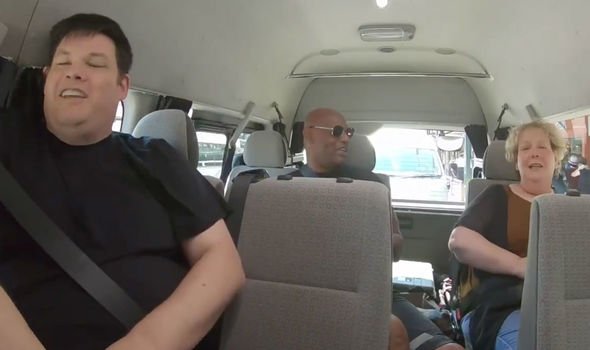 Anne and Mark made their comments on the micro-blogging site after a clip of the moment was posted online.

“They visit Japan and all things robots.”

Many took to the comments section of their post to share their thoughts on the clip and praise Anne’s “lovely voice”. 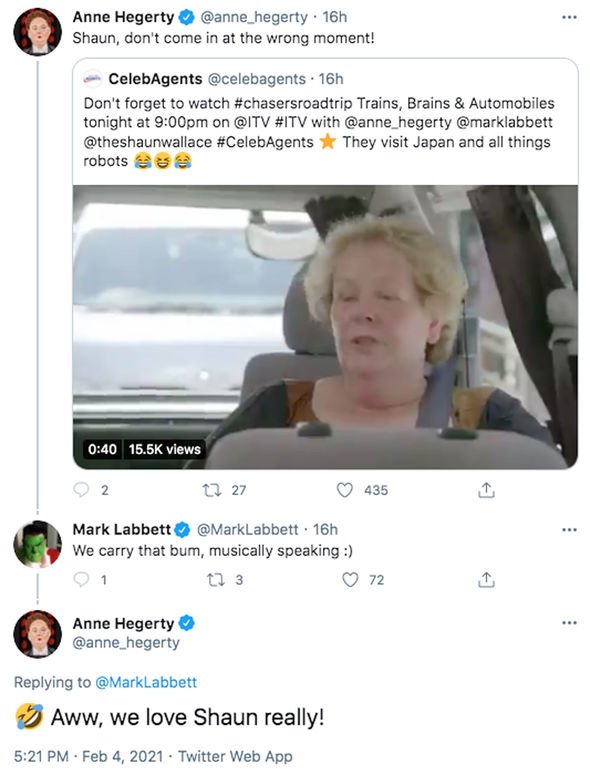 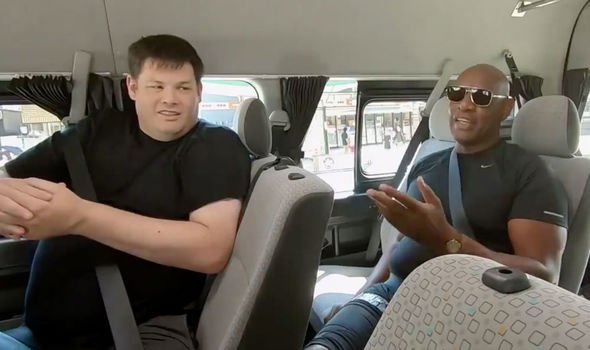 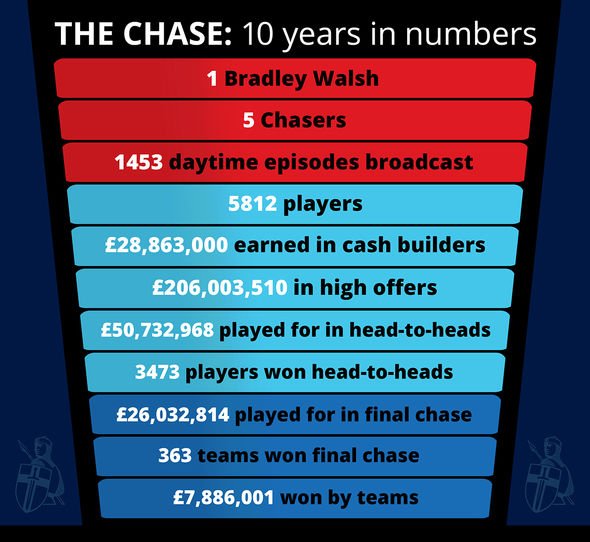 “The Chasers road trip was brilliant, we learned that Anne can sing, Shaun is a table tennis ace and Mark the Beast is the boss, love them all,” a fan wrote online.

“Tonight was the best yet. Seen another side to the Chasers,” a second person said, before adding, “The John Denver song at the end was very emotional. Anne was brilliant.

“The song seemed to have a special meaning for her. Great series. Please be another.”

A third remarked: “Loved the song at the end. Anne has a lovely voice.”

However another user joked: “Trust Shaun to come in at the wrong time lol.”(sic)

As well as being impressed by Anne’s singing, other fans were surprised to learn about Shaun’s table tennis skills.

“Shaun did fantastic this week he got the 2 points for the humans. I really underestimated him but he is fantastic at ping-pong. He shocked me,” one ITV viewer admitted.

Last night, viewers saw the Chasers travel to Japan and come face to face with a series of robots.

They first faced a Rubik Cube challenge and were beaten by a machine which completed the puzzle in the fastest time.

Shaun later managed to beat a robot during a game of ping pong.

“That was good fun, did you notice how I played two backhanders?” he boasted to his co-stars following his victory.