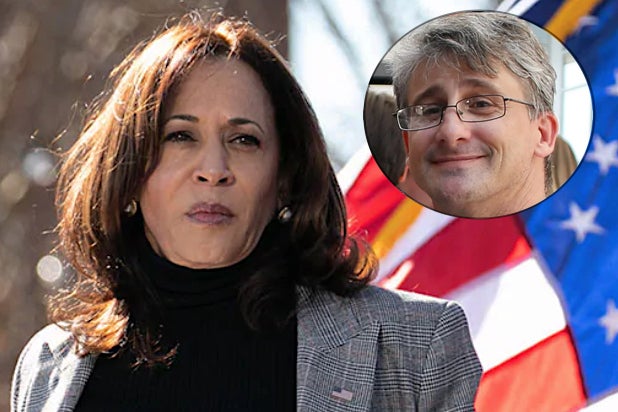 Politico reporter Marc Caputo deleted his retweet of a sexist meme of Vice President Kamala Harris and apologized on Friday for sharing it, calling it a “lapse in judgment.”

“I’ve un-retweeted an image from a viral meme concerning Kamala Harris. Forwarding that tweet was a lapse in judgment that I regret,” Caputo tweeted Friday afternoon.

The meme in question was taken from a model’s post which showed her in a skimpy outfit and was captioned “Sitting,” which was then re-posted with the new caption, “Kamala Harris on the Senate’s $15/hour minimum wage legislation.”

Caputo initially defended the post to several people who criticized him. In a since-deleted reply capture by Mediaite, Caputo wrote, “It was funny. But as I’ve said before: Twitter is where humor goes to die of abuse and neglect.”

In a response that remains up, Caputo responded to one critic who called the post “rude” and “disrespectful,” with Caputo writing, “This isn’t what you say, regardless of you needlessly bringing race and gender into it.”

This isn’t the first time Caputo has found himself apologizing for a tweet. Back in 2018, he was forced to issue a mea culpa after he remarked about a video of Trump supporters by writing, “If you put everyone’s mouths together in this video, you’d get a full set of teeth.”

“I need to apologize for tweeting caustic remarks after seeing a reporter berated & abused. Hate begets hate,” he later wrote. “My comments referred ONLY to those jeering and swearing at the man, not a broad swath of people,” he said. “But the fault is mine for causing confusion and feeding anger.”