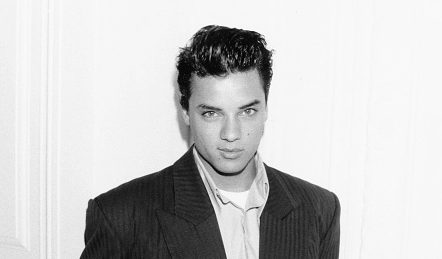 Madonna’s protégé and model Nick Kamen has died at the age of 59.

Social media tributes have poured in for the late star, who rose to fame after starring in an iconic advert for Levi’s, with Boy George confirming the news.

The King of Everything hitmaker shared a photo of the pair of them and wrote: ‘R.I.P to the most beautiful and sweetest man Nick Kamen.’

Lizzie Cundy said: ‘Heartbroken. Beautiful inside [and] out . Rest in peace dear Nick.’

One fan wrote: ‘Nick Kamen died? He was so young, that’s a real shock. Rest in peace.’

Another added: ‘Gutted to hear that Nick Kamen has passed,’ while one more said: ‘R.I.P Nick Kamen beautiful inside and out’.

The musician and model was well known for his work with Madonna.

He caught her attention – and rose to international fame – at age 18 when he starred in an iconic advert for Levi’s 501.

With Marvin Gaye’s Heard It Through The Grapevine playing over the top, the ad saw him stripping off in a launderette to wash his clothes.

After seeing him in the iconic clip, Madonna wrote Kamen’s first song, Each Time You Break My Heart, and sing backing vocals. The hit went on to reach the Top 10.

The Like A Prayer hitmaker again featured as a backing vocalist on his second album, on Kamen’s song Tell Me.

In an interview with BBC Radio, the singer said she was inspired by Kamen’s ‘charisma’ and ‘beautiful voice’.

Kamen released his final album, Whatever, Whenever in 1992.