‘Black Panther’ star Letitia Wright defended herself on Twitter after facing major backlash for sharing a video questioning the COVID-19 vaccine. She argued she should be allowed to ‘raise concerns’.

Black Panther star Letitia Wright faced controversy on December 3 after tweeting a video questioning the efficacy of the COVID-19 vaccine and what’s “really” in it, labeling it with the prayer hands emoji. The actress defended herself from the subsequent backlash from fans in a series of tweets, lamenting that, “if you don’t conform to popular opinions. but ask questions and think for yourself…. you get cancelled.”

The video in question, from YouTube discussion channel On The Table, has since been taken down. “I don’t understand vaccines medically, but I’ve always been a little bit of a skeptic of them,” presenter Tomi Arayomi said at the beginning of the video, which contains zero medical facts and is largely based on his own opinions. Two ongoing trials have shown that the COVID-19 vaccine is 95% effective, and may be available in early 2021 to the general public.

Former presidents Barack Obama, George W. Bush, and Bill Clinton have all volunteered to take the vaccine publicly to prove its safety. Letitia, who is currently starring in Small Axe, said in subsequent tweets that, “My intention was not to hurt anyone, my ONLY intention of posting the video was it raised my concerns with what the vaccine contains and what we are putting in our bodies. Nothing else… I think it’s valid and fair to simply ask what’s in it.” 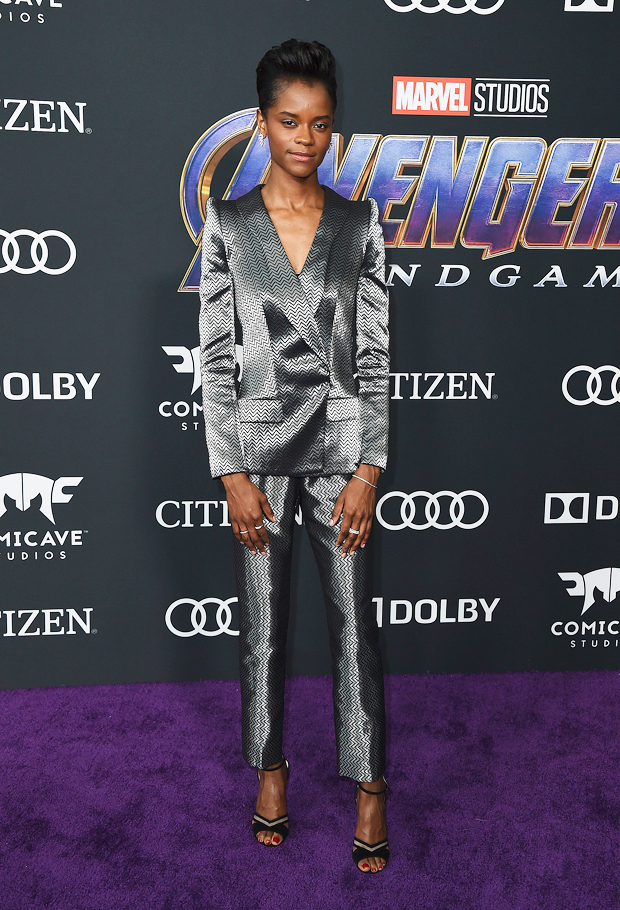 For some reason, Letitia’s Avengers: Infinity War co-star Don Cheadle has been roped into the controversy. After fans started tagging him in tweets about the video, the actor said he would “speak to her” about it. “Jesus… just scrolled through. hot garbage. Every time I stopped and listened, he and everything he said sounded crazy and fkkkd up,” Don tweeted after seeing the anti-vaxxer video. “I would never defend anybody posting this. But I still won’t throw [Letitia] away over it.”