It appears that Kylie Jenner has a very new and very good boy in her life! The ‘KUWTK’ alum showcased her new ‘son’ – a puppy named Kevin – and fans swooned over how adorable he is!

Kylie Jenner has apparently gone to the dogs – again! The 23-year-old makeup mogul introduced the world to her newest pet, an adorable dog named Kevin, by posting a pair of pics of the precious pup to her Instagram on Feb. 22. The Keeping Up with the Kardashians star didn’t divulge where the doggo came from (or even if the dog was hers), but on her Instagram Story, she couldn’t help but gush over the puppy. “Kevin! Kev! You are so cute! Kevin! He’s just looking at my slippers,” said Kylie. She shared a second clip of the dog snuggling into her. “My son,” she captioned the IG Story.

Even if Kevin isn’t the latest addition to the Kylie Jenner household (his name does start with K, which would fit the whole family aesthetic), it seems he already has a legion of fans. “I’d die for Kevin.” “lmaoAKZKAKDKAKFKG Kevin.” “Awww. Kylie’s new baby dog?” “Omg, this makes me want to get another one. I miss when Farrah was a puppy!” “He is so cute ❤️ makes me miss the Snapchat time with daily videos of Norman and Bambi.”

That last fan was referencing the first two of Kylie’s many, many, many other dogs. In addition to Norman and Bambi – two Italian greyhounds – Kylie has adopted Sophia (a dark brown Italian greyhound), Ernie (a longhaired Dachshund), and Penny. The first two dogs, Norman and Bambi, had two pups together – Harlie and Rosie – which Kylie kept. She adopted an eighth dog, a small black-and-tan Chihuahua/Dachshund mix, named Wesley in 2019. There was a time that Kylie reportedly had Odie (a small, floppy-eared pup), but she may have had to rehome him (along with the Husky puppy she posed with in 2016.) 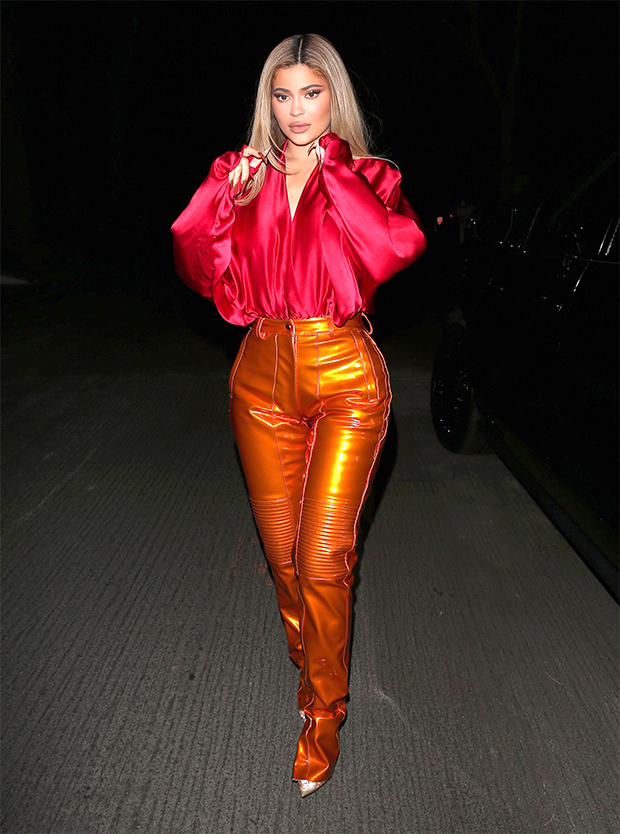 Kylie’s cast of critters changes so much, it’s hard to keep track of them all. Some fans got shady with Kylie after she adopted Wesdely in 2019. After posing a handful of videos of her new puppy to her Instagram Story, a fan tweeted, “I want to know what happened to Norma, and I want to know now.” Norman and Bambi – who had their own active Instagram for a while, but it’s been dormant since 2017 – haven’t made many appearances on Kylie’s social media. However, that doesn’t mean she doesn’t love them anymore.

“What makes [you] think anything happened to my Norman?” she tweeted back at the fan. “I don’t post my dogs as much, but that doesn’t mean they aren’t very much a part of my life still.” When a fan asked if she still has “Norman and the rest of the fam,” she responded, “Of courseeee!”