After celebrating Rob Kardashian’s birthday, Kim and Kortney Kardashian had a girls’ game night – with his ex, Adrienne Bailon.

When me, Kourt [Kardashian], and Adrienne [Bailon] get together, we’re winners,” Kim Kardashian said in a March 17 Instagram Story. On the day that Kim’s brother, Rob Kardashian, turned 34, Kim, 40, threw a “Girls’ Game Night” that included guests like Sarah Howard, Malika Haqq, and Rob’s ex, Adrienne, 37. Rob even came up during a game night when the women were playing Taboo. “Rob is really good at this,” said Kim, before someone interrupted with, “Sarcasm.” “Sense of humor,” another person said. Amid all the shouting answers, viewers learned that Rob is a low-key master of the game of ping-pong/table tennis.

It seems Adrienne has patched things up with the Kardashian clan. Rob and Adrienne dated for two years before they called it quits in 2009, admit rumors that he allegedly cheated on the former Cheetah Girl. In the 12 years since their breakup, both have moved on to bigger and better things. In 2016, Adrienne became engaged to musician Israel Houghton, and they were married later that year. Rob went on to be romantically linked to Rita Ora, Blac Chyna, and others. In 2014, she said some disparaging remarks to Latina magazine, saying that appearing on Keeping Up with the Kardashians and being attached to “that Kardashian label, that was so hurtful to me and to my career.” 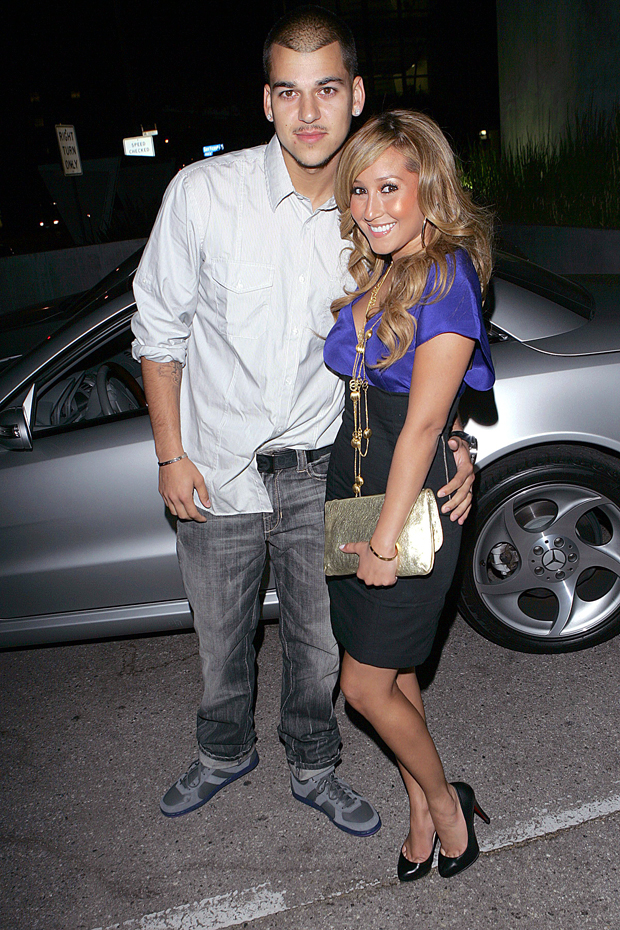 Kim started the day by sending love to her baby bro. “Happy Birthday to my brother Rob!!!” she posted to her Instagram Story while also sharing a photo of young Rob on top of a dirt bike. “I love you so much and can’t imagine life without you! Can’t wait to celebrate [with] you today!” She then tagged Rob and added three four-leafed clovers because it was, after all, St. Patrick’s Day. From there, she shared photos of her and Rob that were taken over the years and a “Best Of” Rob on Keeping Up with the Kardashians montage.

“Okay, guys, it’s Uncle Rob’s birthday,” Kim said in a later Instagram Story, one that showed some delicious-looking food. “And we wouldn’t have it any other way than to have an Armenian feast with this cheese borek. Oh my god, I can’t believe I can’t eat that.” Kim showed off a massive feast of meats, rice, and stuffed bread. She followed that by showing off the desert, a Los Angeles Dodgers-themed birthday cake with a card reading, “Happy Birthday Rob!!!”