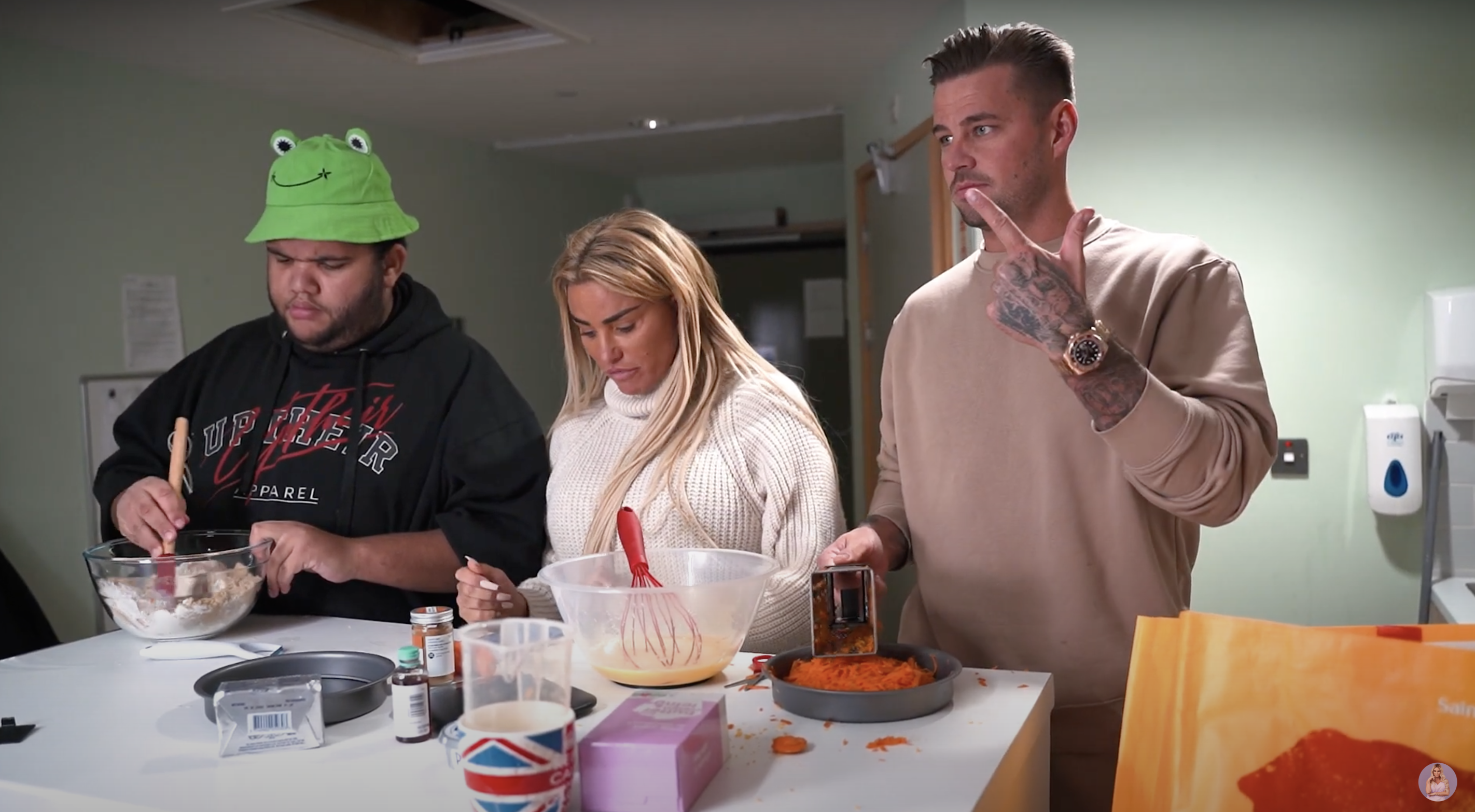 Katie Price shared a sweet video of Harvey enjoying quality time with her in the run-up to Christmas, hours after she avoided prison after her drink-driving arrest.

The former glamour model, 43, shared her latest YouTube video on Wednesday after her appearance in court, showing a recent visit to her 19-year-old son at residential college.

Katie, who travels up to Cheltenham to see Harvey every weekend, had taken him some treats ahead of Christmas, including a moving train station ornament her children Bunny and Jett had chosen for him in an earlier video.

As well as bringing him gifts, Katie had also prepared all the ingredients to make Harvey’s favourite treat, a carrot cake, together.

The pair were joined by Katie’s fiancé Carl Woods, 32, who helped out with some grating and mixing.

While the cake definitely passed the taste-test, Katie had a bit of trouble getting it out of the tin, but it was the pair’s first ever attempt at baking from scratch.

Her latest upload comes after Katie appeared at Crawley Magistrate’s Court earlier in the day after pleading guilty to driving while under the influence of alcohol and while also disqualified from driving.

She was given a sentence of 16 weeks suspended for 12 months, 100 hours of unpaid work, 20 sessions of rehabilitation work with probation, and a two-year driving ban, but avoided spending Christmas behind bars.

District Judge Amanda Kelly told her: ‘When you chose to get behind the wheel of your car while intoxicated with drink and drugs, you showed no concern at all for the lives of others.

‘You could easily have killed someone, a child, a parent, a friend, and devastated their lives forever.

‘Not everyone has the luxury of being able to put themselves into The Priory whenever their lives get hard.’

Katie had previously completed a court-ordered stay at The Priory after the crash, which the judge said gave her a ‘legitimate expectation’ that she would not be sent to prison.

The judge added per the Evening Standard: ‘The public may be appalled to hear that I can’t send you to jail today. But the law says that when a person has complied with the terms of their release then you have a legitimate expectation not to be sent to prison today, even though you deserve to spend Christmas behind bars.

‘You are extremely lucky the magistrates on the previous occasions chose to defer sentence. Rest assured, put one foot wrong in the coming weeks and months and you will go to prison.’