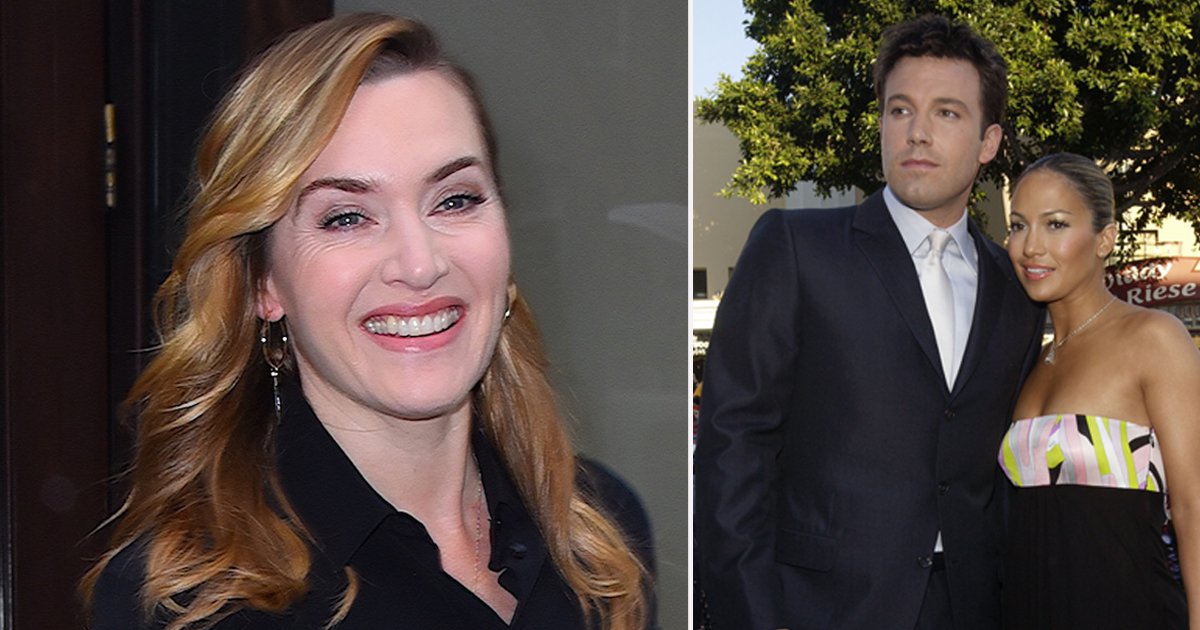 Kate Winslet apparently hasn’t been keeping up with Jennifer Lopez and Ben Affleck’s wild reunion and we are flabbergasted.

It’s been hot news for a minute now that Bennifer is a thing again with Jen and Ben spotted hanging out together 17 years after their split.

The pair haven’t confirmed whether they’re officially back together but their little getaway trips for two and PDA on dinner dates speaks volumes about the nature of their ‘friendship’.

With all the excitement surrounding the Bennifer revival, it’s a surprise that Titanic actress Kate is oblivious to it all.

During an interview with The New York Times, Kate was asked rapid-fire questions about random topics and Jen and Ben’s reconciliation just happened to come up.

‘You can’t stop reading about Ben Affleck and Jennifer Lopez,’ the reporter stated.

However, the Mare of Easttown star exclaimed: ‘What? No!’

She then claimed: ‘I’ve never read about Jennifer in my life. What are these questions?’

Kate hasn’t really crossed paths with the rumoured couple that much over the years.

However, coincidentally, Mare of Easttown creator Brad Ingelsby did work with Ben on the 2020 movie The Way Back so there’s at least a two-degree connection. The same goes for Kate and J.Lo; the only real link they have is wearing the same dress just hours apart in 2014.

Kate isn’t the only celebrity to share their thoughts on Jen and Ben as Sharon Stone had an important question about it.

Last month, comedian Michelle Collins posted a meme with a new photo of Ben and Jen together on their weekend trip, with the caption: ‘J-Lo’s been with him for like 2 weeks and he’s hot as s**t again. I bet his phoenix back tattoo is slowly disappearing like the photo in Back to the Future.’

Sharon slid into the comments section to ask: ‘Yeah i mean wtf A rod ?’ referring to Jen’s ex-fiance Alex Rodriguez who she split from in April.

It first emerged that Ben, 48, and Jen, 51, were pally again when he was spotted outside her Los Angeles home.

They were then pictured together for the first time in years driving in a car on their way to a private plane. The actors jetted off to Montana, California where they stayed for several days.

A source claimed that they’ve been in touch with each other since February, when Ben reportedly emailed Jennifer while she was shooting Shotgun Wedding in the Dominican Republic.