Kanye West is officially a BILLIONAIRE: Forbes says rapper is worth $1.26bn after his huge stake in Yeezy and property empire is revealed – but he claims sum is closer to $3.3bn

A Forbes Magazine article published Friday reveals how the rapper recently provided documents to the publication, giving them an ‘authentic numeric look into Kanye, Inc.’ to prove the feat.

However, the article notes that West was left unhappy with their research and findings – stating that he believes his net worth to be around $3.3 billion, rather than the $1.26 billion they have estimated.

‘It’s not a billion,’ West allegedly texted the publication Thursday night. ‘It’s $3.3 billion since no one at Forbes knows how to count.’

West follows sister-in-law Kylie Jenner, 22, who was named by Forbes as the youngest ‘self-made’ billionaire for the second year in a row.

The rapper was said to be unhappy when his name was left out of the rich list earlier this month. 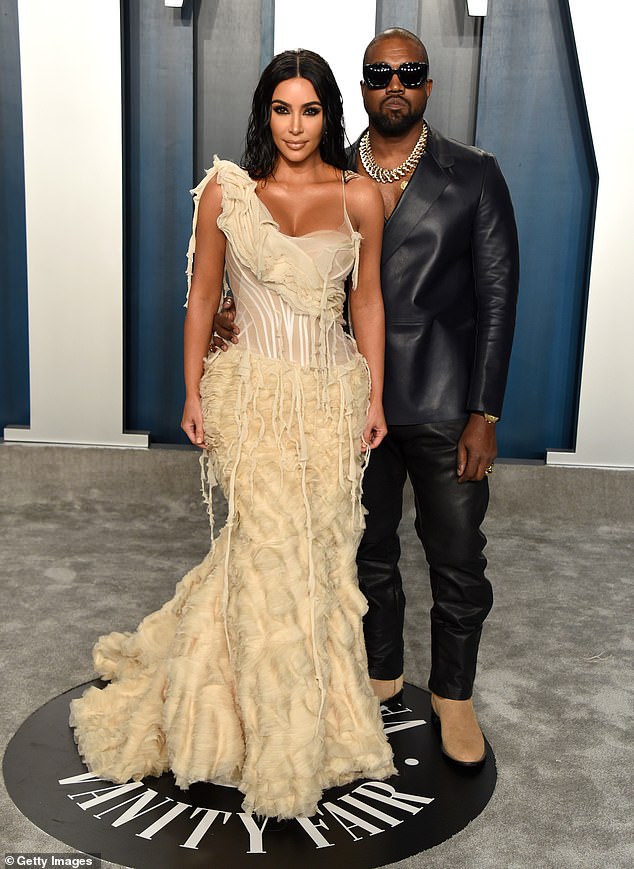 He’s made it: Kanye West, pictured with wife Kim, has officially joined the billionaires club, according to a Friday report from Forbes Magazine

Per the report, West’s team provided statements that showed the rapper has $17 million in cash, $35 million in stocks, $81 million in ‘buildings and improvements’ and $21 million in land.

Adidas Yeezy, the fashion collaboration between the rapper and the German sportswear brand, has a revenue worth of around $1.3 billion – making West around $140 million from sales just last year.

The article suggests West has been eager to prove his financial status for some time, noting that he had previously claimed to be a billionaire during an appearance at the 2019 Fast Company Innovation Festival.

‘When I did Forbes, I showed them a $890 million receipt and they still didn’t say ‘billionaire,” dad-of-four Kanye told the audience.

Forbes’ Zack O’Malley Greenburg reveals in the article how West himself admitted that he ‘was not a numbers guy’ but texted him to say the August issue of Forbes last year was a ‘disrespectful article’.

It was ‘purposely snubbing me’ after failing to name him as a billionaire, West is said to have written.

And so, after being provided with the appropriate documents from West the publication has now valued his assets at just over a billion, claiming that he is worth around $1.26 billion. 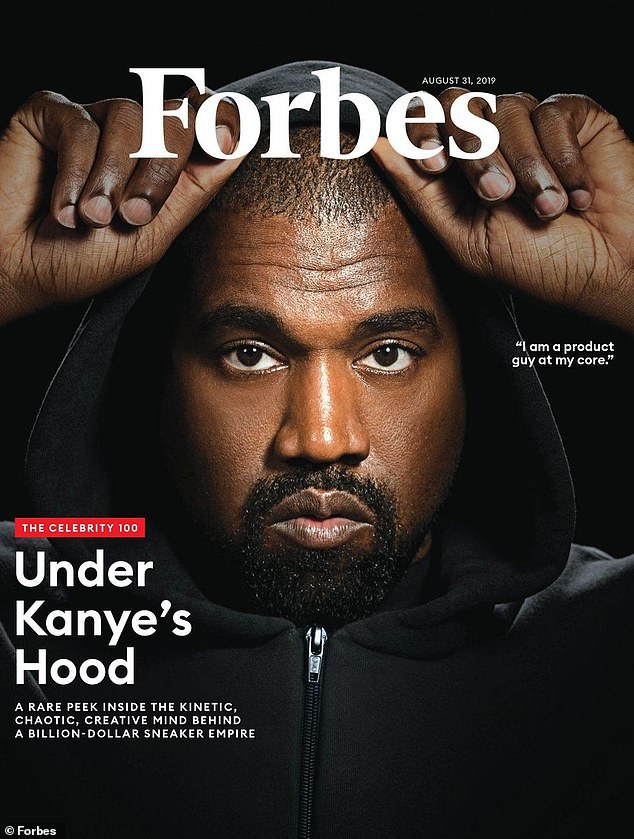 Credit due: The publication has valued West’s assets at just over a billion, claiming that he is worth around $1.26 billion, while the rapper had claimed that the figure was around $3 billion 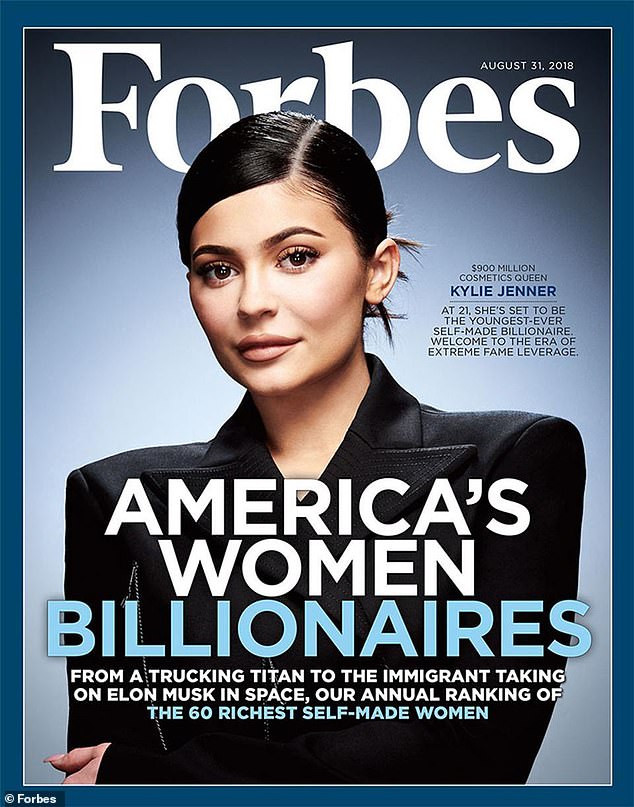 Ouch: When that annual billionaires list appeared earlier this month, which featured Kylie Jenner for a second year in a row, Kanye was reportedly unhappy to be left out

The news comes after West’s sister-in-law Kylie Jenner, 22, was named by Forbes as the youngest ‘self-made’ billionaire for the second year in a row after selling off 51 per cent of her cosmetics brand.

When that annual billionaires list appeared earlier this month, the writer of the article claims that West was not happy with his name being absent.

‘You know what you’re doing,’ O’Malley Greenburg claims West texted. ‘You’re toying with me and I’m not finna lye [sic] down and take it anymore in Jesus name.’

He is then claimed to have texted that Forbes was ‘purposely a part of a group of media’ that was unwilling to give him the credit he was asking for because of his race. 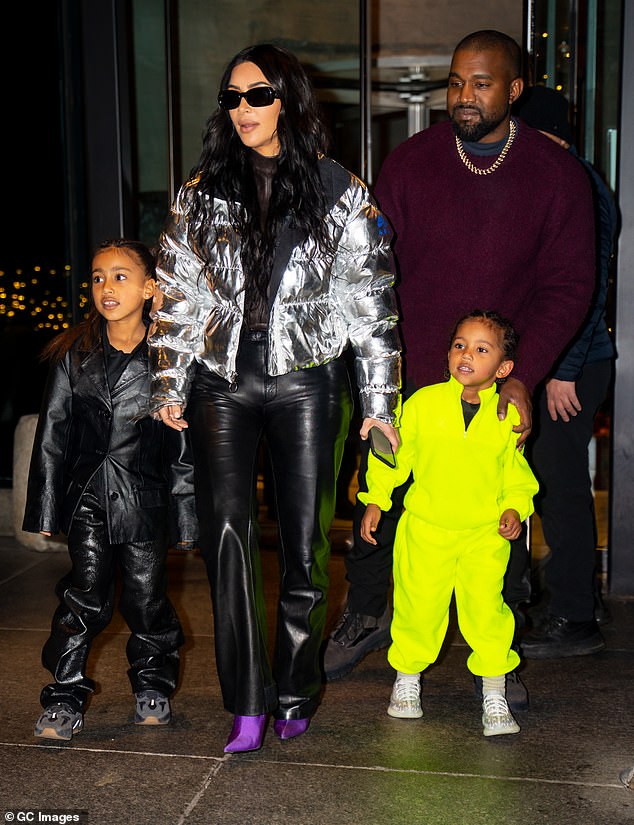 Family fortunes: Kanye pictured with his wife Kim and their children in December last year 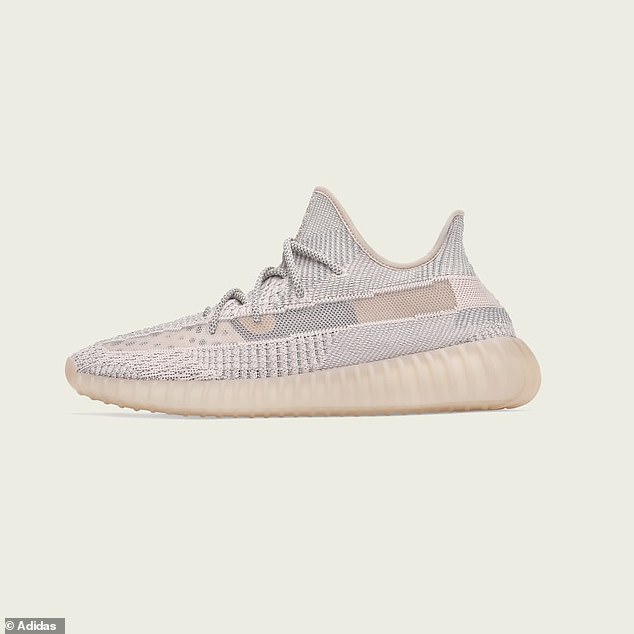 Adidas Yeezy, the fashion collaboration between the rapper and the sportswear brand, has a revenue worth of around $1.3 billion – making West around $140 million from sales last year 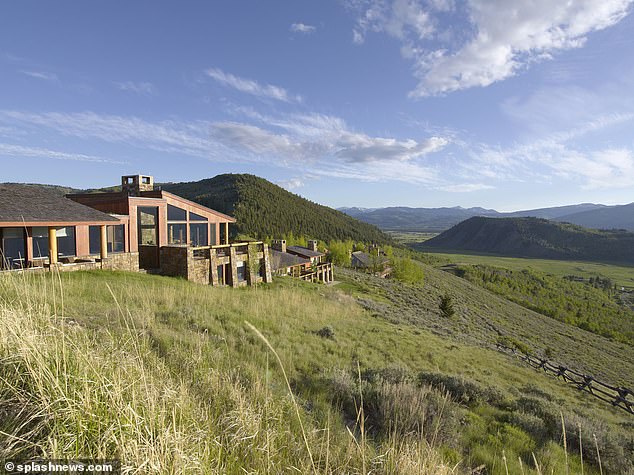 The article notes that the money in buildings and land come mainly from the homes that she shares with wife Kim Kardashian West, and their children North West, six, Psalm West, four, Saint West, two, and Chicago West, 11 months. Their Wyoming mountain retreat is pictured

The article notes that the money in buildings and land come mainly from the homes that she shares with wife Kim Kardashian West, and their children North West, six, Psalm West, four, Saint West, two, and Chicago West, 11 months.

Amazon founder Jeff Bezos was once again named the richest person in the world, despite his divorce last year which cost him a quarter of his stake in the tech giant.

Bezos, 56 – who founded the e-commerce company out of his basement in Seattle, Washington in 1994 – is worth $113billion today, only a $18billion drop from his $131billion in 2019, despite giving $36billion worth of stocks to ex Mackenzie.

He managed to remain in the top spot despite the coronavirus pandemic cutting the number of people on Forbes’ Richest Billionaires List, bringing the total down 56 people from last year to only 2,095 in 2020.

Kylie Jenner, 22, is Forbes’ youngest ‘self-made’ billionaire for the SECOND year in a row after selling off 51% of her cosmetics brand

Forbes has addressed the controversy that surrounds the title ‘self-made’ as last year, people were up in arms that Kylie came from an already privileged background.

They penned: ‘ Yes, self-made (despite a lot of help from her famous family, she didn’t inherit her business—she built it). And yes, billionaire (she’s worth $1 billion).’ 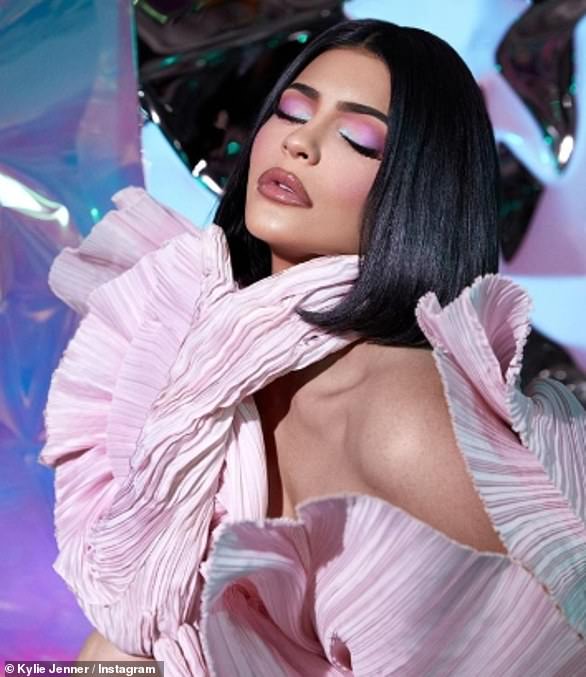 She IS self-made: Forbes has addressed the controversy that surrounds the title ‘self-made’ as last year, people were up in arms that Kylie came from an already privileged background

Kylie famously made it onto the billionaires list in March 2019.

Then in November last year, she sold off 51% of her Kylie Cosmetics brand to beauty brand Coty Inc. for $600 million.

The deal, which closed in January, means her business is now valued at around $1.2 billion. She still solely owns the other 49 percent stake.

The site also reveals that money from the sale means she is one of just 2,095 people in the world with a a fortune of ten digits. 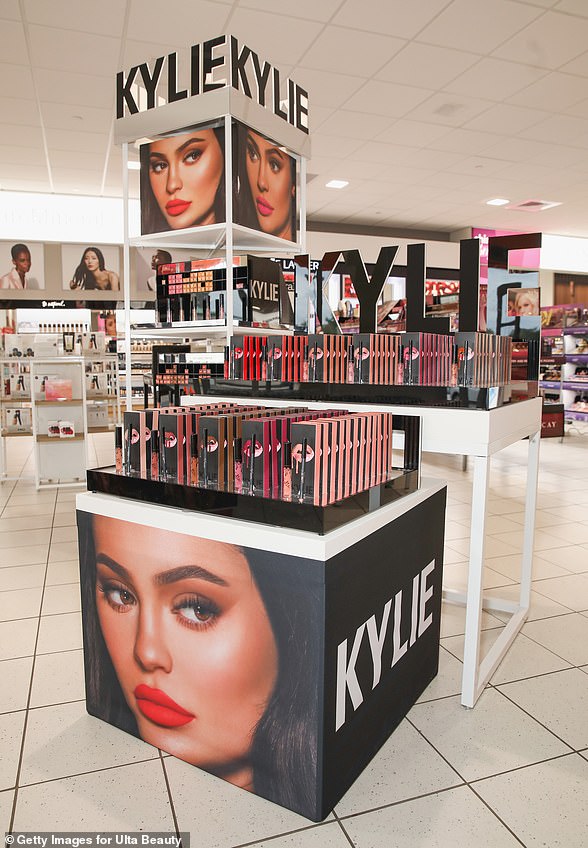 Incredible: Jenner, the youngest sibling of the Kardashian family, started her make up line with lipstick kits in 2015. Kylie Cosmetics last year signed a deal with Ulta Beauty Inc to put her products in all of the retailer’s 1,163 U.S. stores (above)

Kylie has previously told Forbes: ‘I didn’t expect anything. I did not foresee the future. But [the recognition] feels really good. That’s a nice pat on the back.’

Jenner, who is the youngest and richest of the entire Kardashian-Jenner family, started her make up line in 2015 by selling $29 lipstick kits.

The kits sold out within minutes of launching – an early sign of the power of her now 270 million-plus social media following.

Jenner’s products were only sold online when it was first launched but in 2018, the brand struck a deal to sell its goods in 1,100 Ulta Beauty stores across the U.S.

She expanded her empire earlier this year with Kylie Skin – a line of moisturizers, under eye creams and facial scrubs.

Jenner brought in sales of an estimated $360 million in 2018, according to Forbes.

Kylie herself responded to claims that she didn’t deserve her ‘self-made’ title when she was given the accolade last year,

In response, Jenner admitted that she’d had ‘a lot of help’ on her way’ but denied inheriting any money that contributed to her cosmetic fortune.

She credited much of her success to the power of social media and told Forbes: ‘I had such a strong reach before I was able to start anything.’

As of last year, Jenner employed just seven full-time and five part-time employees at her cosmetics company. Her mother Kris – like with all of her children- handles her daughter’s finance’s and public relations for a 10 per cent fee.

Jenner has, until now, outsourced production and sales for her company.