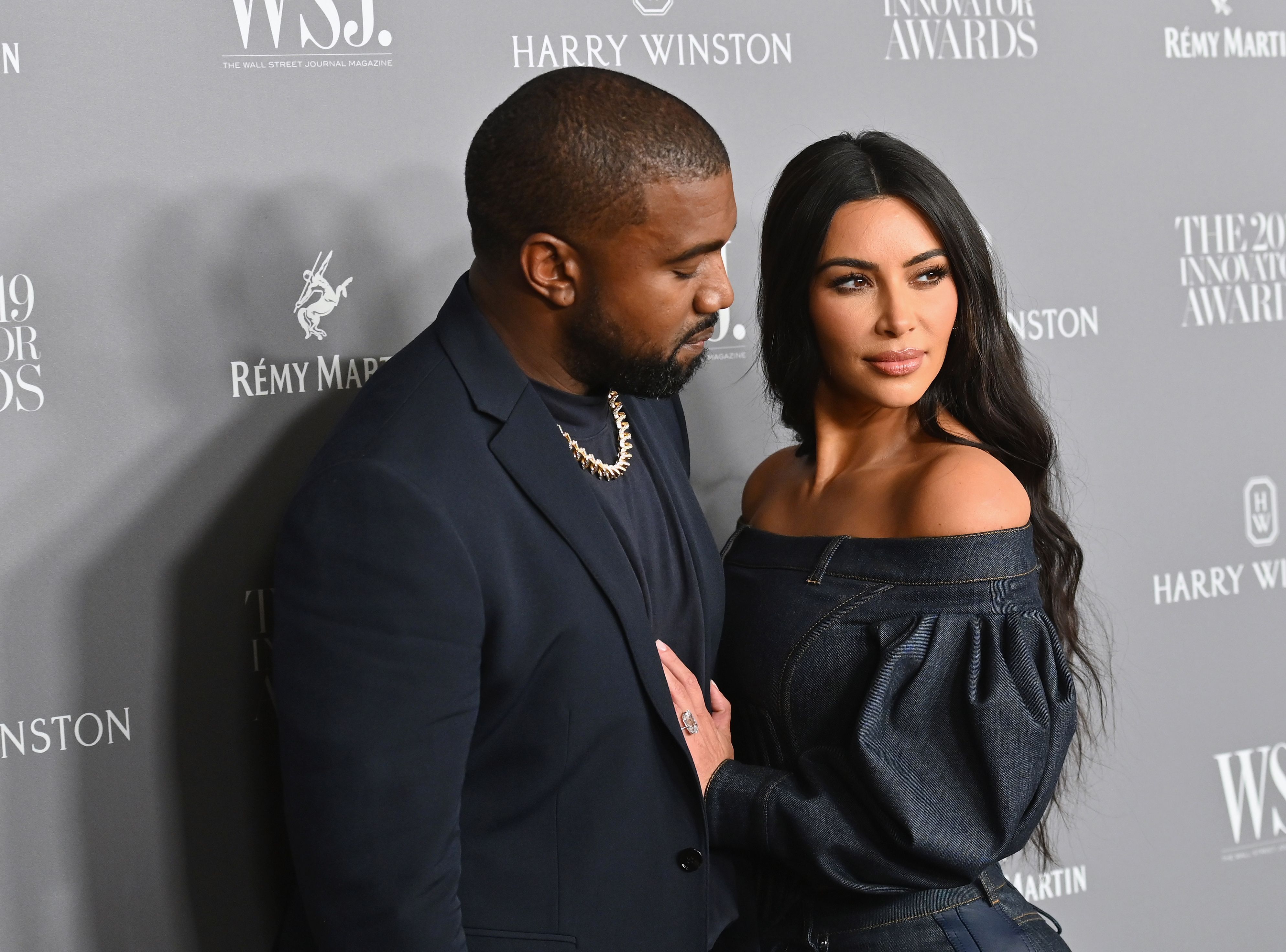 Kanye West claims his estranged wife Kim Kardashian has accused him of putting a hit on her.

The 44-year-old rapper – who has been rowing with his ex over their oldest daughter North, eight, being on TikTok – has reiterated allegations he wasn’t allowed to their daughter Chicago’s birthday party.

‘These ideas can actually get someone locked up. They play like that with black mens lives weather its getting them free or getting them locked up. Im not playing about my black children anymore (sic)’.

He also alleged Kim’s cousin Kara ‘agreed’ with him about not wanting North on TikTok and wanting to know what he should do.

He asked last week: ‘Since this is my first divorce I need to know what should I do about my daughter being put on TikTok against my will?’

On Sunday, he shared a text change with Kara saying she called him ‘saying she agreed’ with him and that she’d ‘speak out publicly which she never did’.

Kanye also shared a text over the weekend of him getting Kim’s new number – which she appeared to have changed – from Larry Jackson, who is the boyfriend of her former assistant Steph Shepherd.

His posts come after he took to Instagram on Friday to blast his former partner for allowing their eight-year-old daughter to have a TikTok account, which she shares with her mum.

Posting a screenshot of her profile on his social media page, he asked followers: ‘Since this is my first divorce I need to know what I should do about my daughter being put on TikTok against my will?’

He also tagged Kim in the photo, who fired back in a lengthy statement on her own page.

‘Kanye’s constant attacks on me in interviews and on social media is actually more hurtful than any TikTok North might create,’ she wrote on her story.

‘As the parent who is the main provider and caregiver for our children, | am doing my best to protect our daughter while also allowing her to express her creativity in the medium that she wishes with adult supervision – because it brings her happiness.

‘Divorce is difficult enough on our children and Kanye’s obsession with trying to control and manipulate our situation so negatively and publicly is only causing further pain for all.

‘From the beginning | have wanted nothing but a healthy and supportive co-parenting relationship because it is what is best for our children and it saddens me that Kanye continues to make it impossible every step of the way.’

Kim reportedly filed to be legally single in December, nearly a year after she initially submitted paperwork to end their marriage.