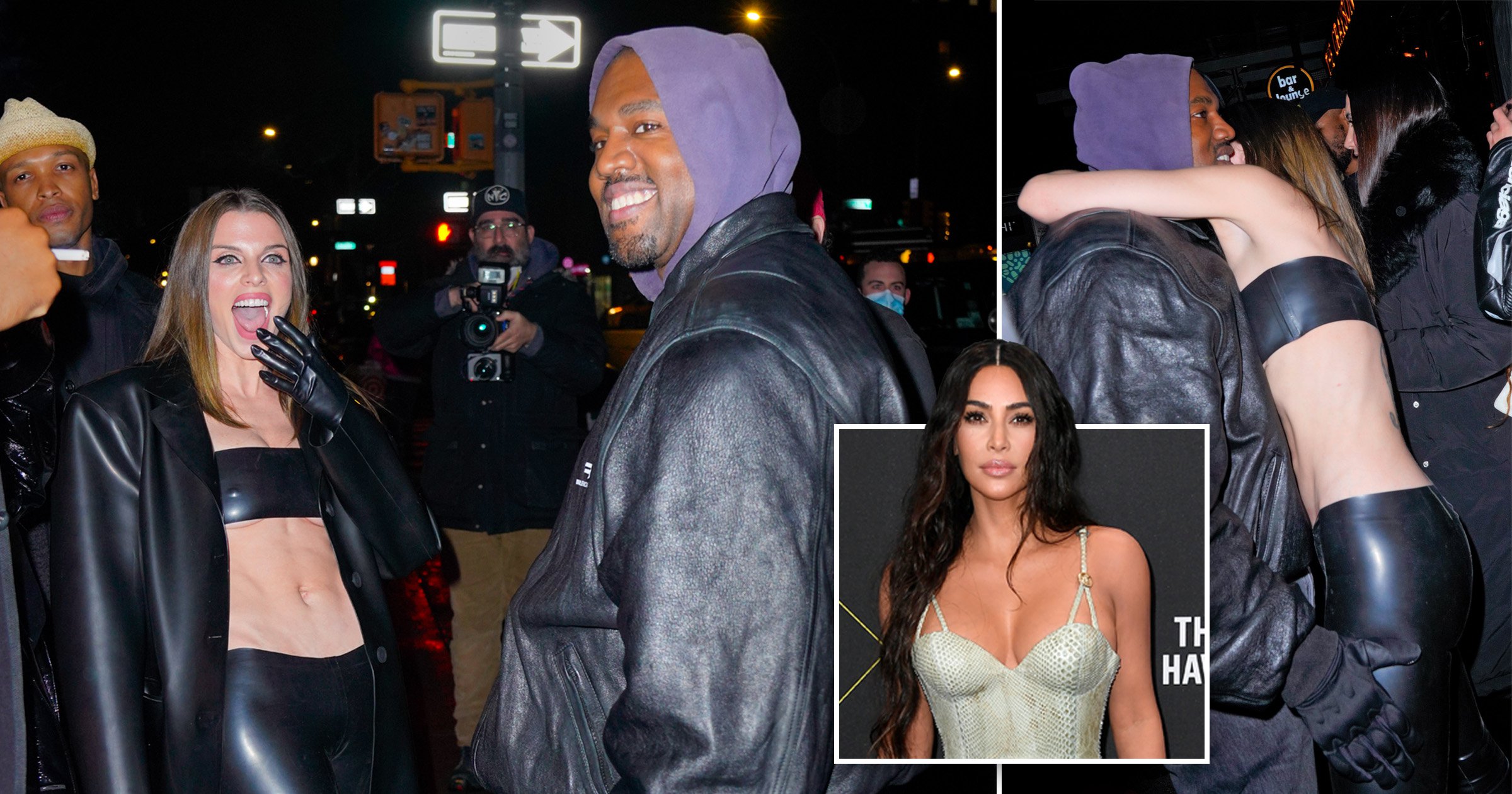 Kanye West was spotted out celebrating girlfriend Julia Fox’s birthday hours before he went on a public rant against ex-wife Kim Kardashian.

The rapper, 43, and actress, 32, have enjoyed a whirlwind romance since getting together on New Year’s Eve, and their relationship is still heating up.

The pair have holidayed together in Miami, shared an incredibly revealing kiss for the cameras, and even did a full-on photoshoot for their first date.

Wednesday marked Julia’s 32nd birthday, with Kanye said to have splashed out on gifts for both Julia and five of her friends at the party.

New photographs have now emerged of the pair enjoying the celebrations as they were pictured laughing and embracing on the street.

The pair’s styles matched as they both wore mostly all-black outfits, with Julia in an oversized leather jacket and tube top showing off her toned body.

Kanye meanwhile opted for his usual casual attire, in black jeans and leather jacket, with a purple hood pulled up.

One photograph taken on Wednesday night shows the Donda rapper flashing a rare wide smile as Julia gasps and laughs at something in the distance.

Another photograph of the pair, taken in Lucien in New York where the couple celebrated Julia’s birthday, saw the model embrace Kanye.

Julia wrapped her arms around Kanye’s neck and leaned against him as the Stronger rapper supported her with a hand on her thigh, smiling as Julia appeared to speak into his ear.

Kanye, who flew in to New York from LA to celebrate with his new flame, was seen hugging and kissing Julia in front of her friends and a group of fans who had approached them on the streets.

The celebrations came the day before Kanye publicly blasted ex-wife Kim on Instagram over his disapproval of their daughter North being allowed to have a TikTok account.

The rapper shared a screengrab of North’s account as he asked his followers: ‘Since this is my first divorce I need to know what I should do about my daughter being put on TikTok against my will?’

He also tagged Kim on the photo.

Kim later hit back against her ex-husband in a lengthy statement where she slammed ‘Kanye’s obsession with trying to control and manipulate our situation’, calling him ‘impossible’ to deal with during their divorce.

Kim, 41, created a joint TikTok account for her and her eight-year-old daughter in November. It includes videos of them lip-syncing to songs and currently has more than 5.5million followers.

The couple, who were married for six years and filed for divorced last year, have been co-parenting their four children but recently things have been very tense between them.

The rapper has made various claims, including that he was ‘banned’ from their daughter Chicago’s birthday party (although he ended up attending) and that security stopped him from entering Kim’s house.