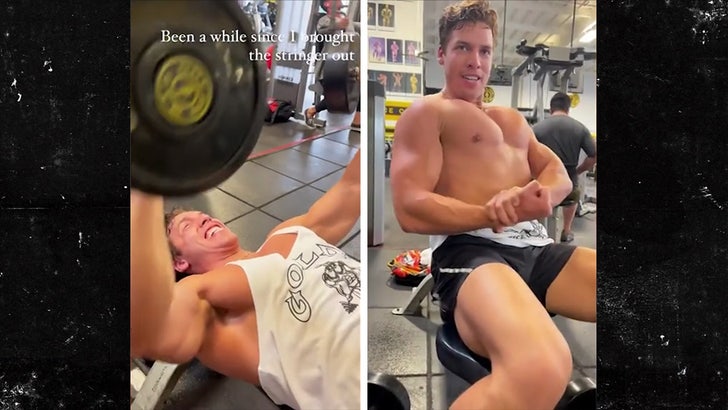 Joseph Baena‘s looking like he wants to compete in Mr. Universe … ’cause his sculpted bod’s the muscular spitting image of Arnold Schwarzenegger, and he’s even striking similar poses.

Joseph pumped some iron Thursday and showed fans what it takes to get those gains. He was in the middle of doing chest flies with 50 lb. dumbbells … and, after finishing a set, dude took down his Gold’s Gym tank to put on a pec-tacular show.

The way he’s flexing, it’s impossible not to compare his workout sesh to the ones his pop mastered as the world’s most-famous bodybuilder. 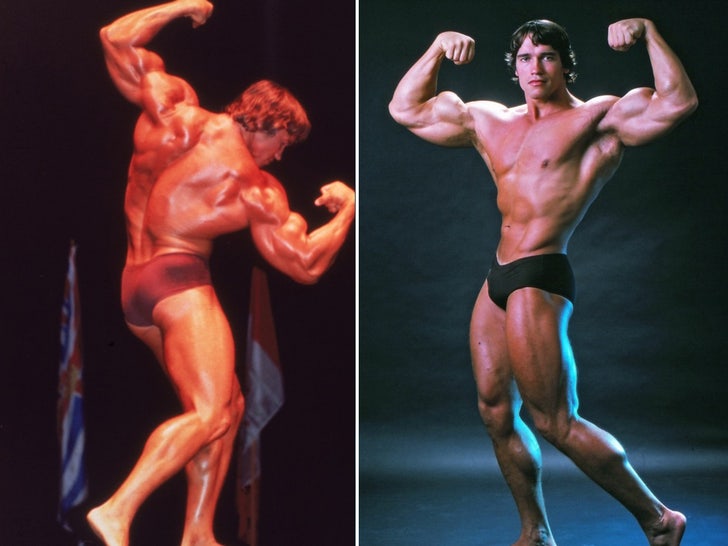 Joseph no doubt looks ripped but he’s put in lots of work to get there.

We saw him a few years ago jacking up 120 lb. dumbbells on the incline press. At the time, Joseph had more of a swimmer’s bod than a bodybuilder’s, but fast forward to now and he’s JACKED!!!

Just last month … Joseph and Arnold hit up an outdoor gym, where pops suggested Joseph pump out some “forced reps” for the rest of that workout. Joseph said, “You have to go all out and absolutely NO cheating when you train with him, so you know I’m going to be hurting tomorrow.”

He said the training regimen was a fantastic way to build size and strength … and it shows.