Home » Celebrities » John Wayne Was ‘Hated’ and ‘Feared’ by Joseph Stalin, Who Wanted Him Assassinated

John Wayne put his patriotic identity above all else. He chose many of his film projects based on a specific image that the whole family could enjoy. However, Wayne’s anti-communist messaging became a massive issue for Former Premier of the Soviet Union Joseph Stalin. The political leader was so afraid of the actor’s power to sway public opinion that he ordered his assassination.

Pilar Wayne’s John Wayne: My Life With the Duke explores one of the most popular faces to ever exist in Hollywood. Pilar is Wayne’s third wife, who details his life behind the scenes and in his personal life. He always held a deep respect for the American military, but he never served. As a result, Pilar explained that not serving in the military became “the most painful part of his life.”

However, Wayne’s patriotism only escalated as a result of his feelings of guilt. “He would become a ‘superpatriot’ for the rest of his life trying to atone for staying home,” Pilar wrote. This is particularly evident through the movies that he starred in, such as The Green Berets.

Joseph Stalin ‘hated’ and ‘feared’ John Wayne so much, he ordered for the actor’s assassination

Michael Munn’s John Wayne: The Man Behind the Myth provides another look at the legendary actor. He explained that he put a lot of attention into crushing communism in America. Wayne was the president of the Motion Picture Alliance for the Preservation of American Ideals, where he fought anything he deemed anti-American.

Even the folks in the Soviet film industry who didn’t know of Wayne and his movies heard about Stalin’s interest in killing the actor. Orson Welles talked to Munn about Stalin’s anti-Semitism and understanding of propaganda via motion pictures.

“I do not know if the name John Wayne was already known to Joseph Stalin before 1949, but in 1949 he certainly came to know of the name,” Welles said. “He came to hate it. He feared it. He felt that the name had become a major threat to him and his ideals. It was as though, in Stalin’s warped mind, the Americans had invented some new secret weapon, more subtle than a nuclear bomb, but just as destructive to Stalin’s ideals and his dreams of world domination.”

Welles continued: “Stalin urged Mao Tse-tung to join him in his conspiracy, impressing upon him that John Wayne had become the greatest enemy of Communism. Mao had previously asked Stalin for help in establishing his regime in China, and Stalin had refused him.”

Stalin was even willing to make deals in order to ensure that Wayne wasn’t an issue anymore.

Welles concluded: “So Mao, who had his own agenda which was to bring destruction to the United States without taking his own country to war, told Stalin that he would only support the assassination of John Wayne if Stalin would make every effort to push America into a war.”

The actor died from stomach cancer 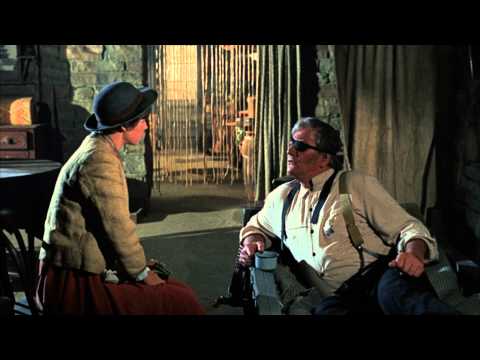 Wayne won one Oscar for his lead performance in 1969’s True Grit. However, he previously earned nominations for 1960’s The Alamo and 1949’s Sands of Iwo Jima. Wayne has over 180 acting credits to his name, as he continues to personify the Western genre at large.

However, Wayne didn’t die from an assassination. Rather, he died as a result of stomach cancer on June 11, 1979, at the age of 72. Wayne’s final starring role was in The Shootist, where he played a gunslinger dying of cancer. This is a particularly personal role for the legendary actor, especially since he was fighting the disease in his personal life.