John Wayne and Ann-Margret only worked together on one film. The two actors appeared together in the 1973 Western The Train Robbers, about a widow (Ann-Margret) who hires a man (Wayne) to find a cache of stolen gold hidden by her late husband. Though the time she spent with the Duke was relatively brief, it was still a memorable experience for the Swedish-born actor, who shared her recollections of working with the iconic screen star in a 2014 interview. 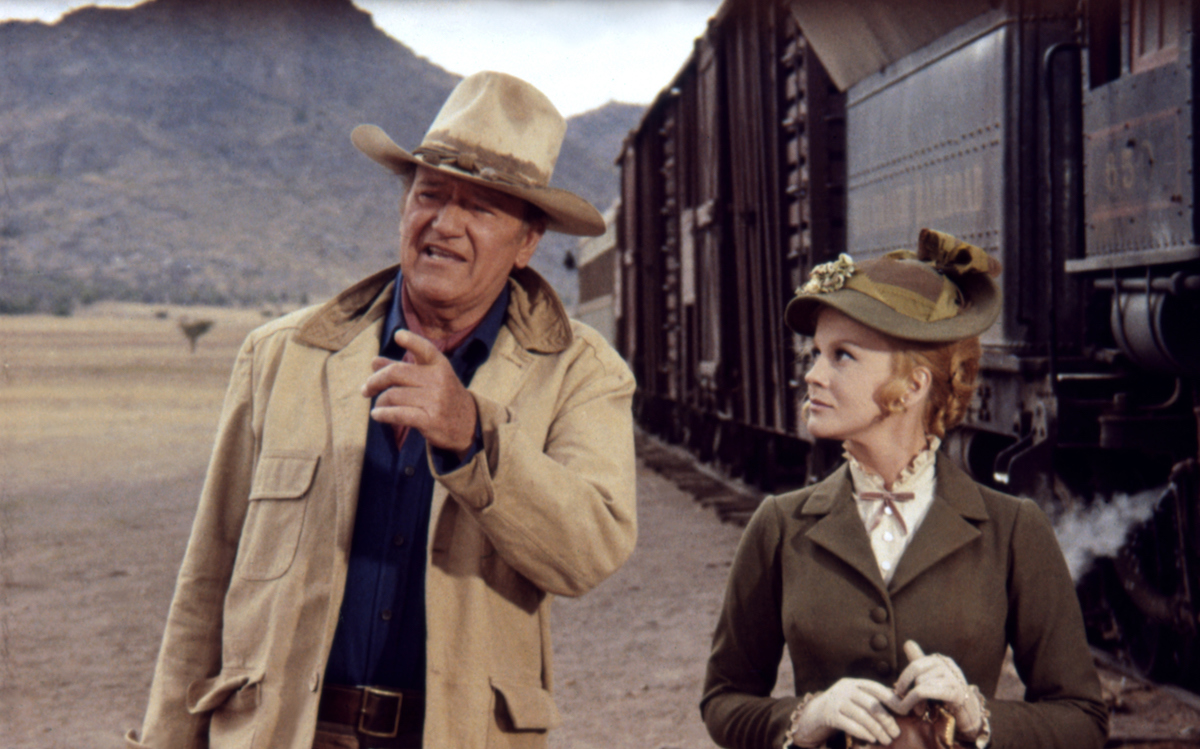 Filming for The Train Robbers took place in Durango, Mexico, and production coincided with the 1972 Oscar ceremony. The distance from Hollywood proved to be a problem for Ann-Margret and her co-star Ben Johnson, who were both nominated. There was no easy way for the pair to get from Mexico to Los Angeles and back again for the event. That’s when Wayne stepped in.

The actor — who’d finally won his own Oscar in 1970 for True Grit after two nominations — wanted to help his colleagues attend the event. So he loaned them the use of his private plane so they could travel back to California.

“The next day, we were back on the set, and Ben had won and I hadn’t,” Ann-Margret told the Fort Worth Star-Telegram. “I don’t know what Mr. Wayne said to Ben, but he got me in a corner, and he just said some wonderful things to me.”

Ann-Margret recalled that when she first came to Hollywood, Wayne was one of two people she wanted to meet. (The other was Walt Disney.)

“[H]e was bigger than life. When I went to work with him, I would sit in the back [of a car] and he would sit in the passenger seat,” she said. “He was such a huge man, and he’d have a window open, and in the fields people would be working and of course everyone knew who he was.”

“There were always people coming up to him, and he had that great voice,” she added. “Between his voice and his walk, he certainly was special, and his fans were in love with him.”

The Train Robbers was the only feature film where Wayne and Ann-Margret shared screen time. However, they did both participate in a 1970 TV special titled Swing Out, Sweet Land. Wayne hosted the special about the history of the U.S., which featured performances from Ann-Margret, Glen Campbell, Dean Martin, Johnny Cash, and Bing Crosby, among others.