The 2021 GRAMMY Awards were a family affair for Chrissy Teigen and John Legend.

Instead of attending the celebration in downtown Los Angeles, Legend was rocking a Versace robe and “mincing garlic” when he found out he won the award for Best R&B Album for Bigger Love. In a video posted on his Instagram on Sunday, Teigen excitingly asks him, “John, you just won R&B album of the year!? How are you going to celebrate?”

“Mincing garlic,” the singer replies in his clip, which he also captioned, “How we’re celebrating our Grammy over here! I love you, @chrissyteigen! Thank you for inspiring me every single day. And thanks for the outstanding cacio e pepe I was mincing garlic for!”

Legend is now a 11-time GRAMMY winner and is up for two trophies on Sunday night. He was nominated in the Best R&B Performance for “Lightning & Thunder” and Best R&B Album for Bigger Love.

Chrissy and John were a glamorous duo at last year’s GRAMMY Awards. The two posed for pics on the red carpet, with Chrissy glowing in an orange Yanina Couture gown that featured a deep-V and dramatic sleeves. John wore a light-gray suit that featured a stylish half-pleated blazer. 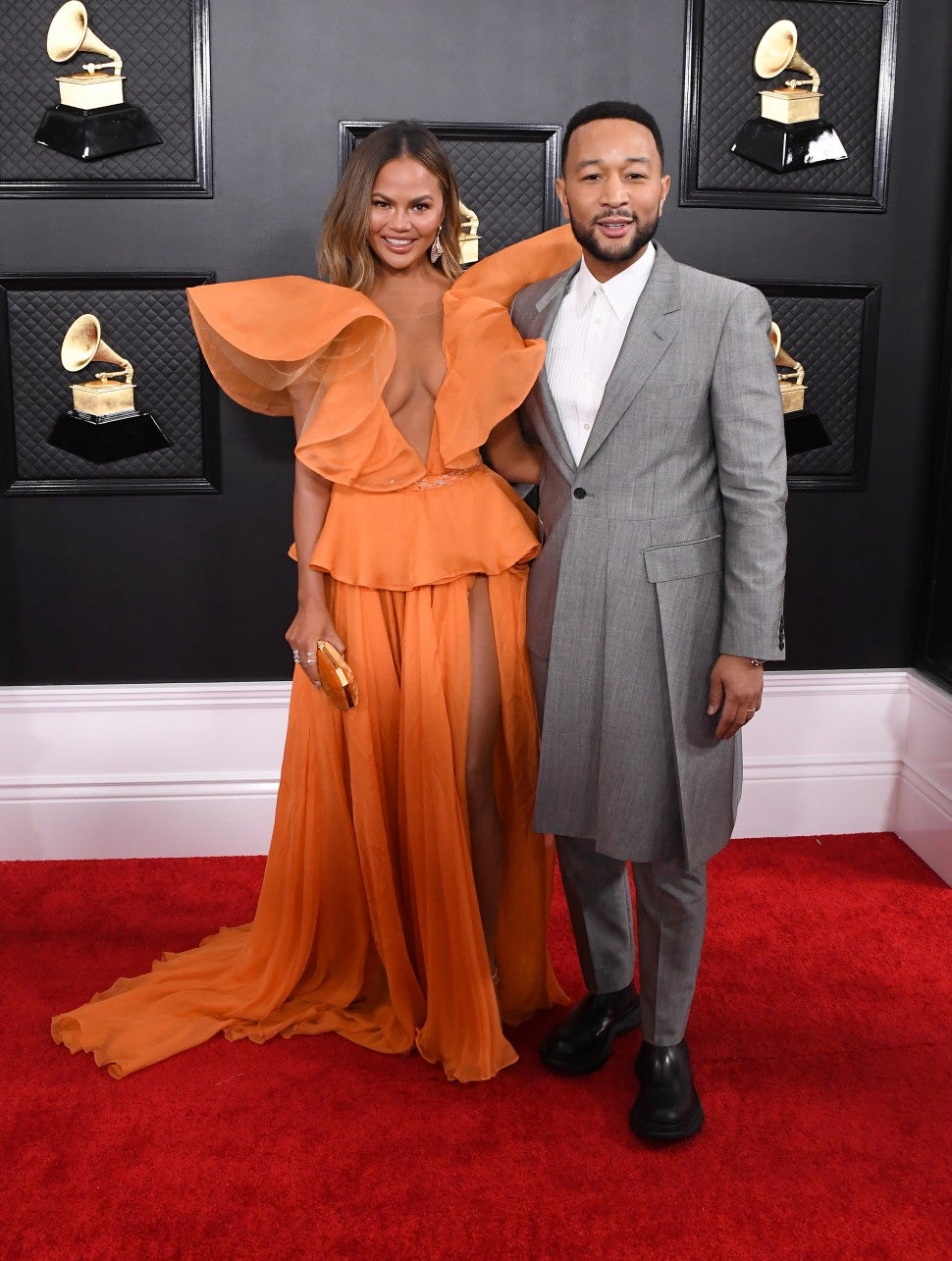 Get the complete GRAMMYs winners list, plus GRAMMY Awards live updates at ETonline.com.