A tough goodbye. Jana Kramer remembered “trying not to cry” when Mike Caussin was served with divorce papers following their April split.

Jana Kramer and Mike Caussin’s Divorce: Everything We Know

The 37-year-old country singer reflected on the difficult journey of ending her marriage during the Monday, May 24, episode of her “Whine Down” podcast, admitting she “had such terrible anxiety” when the moment finally came around to draw up the official documents.

“The night that Mike got served … it was literally like a drug,” Kramer said in the emotional conversation with her friend, who stood by her side through the difficult event. “I was like, ‘He can’t come in this room,’ because the second he comes in this room, I’m gonna probably ask for him back. … The addict in me was like, I wanted him so badly to come in that room and hold me and love me and tell me he’s sorry and give me that hit. I needed it so bad.” 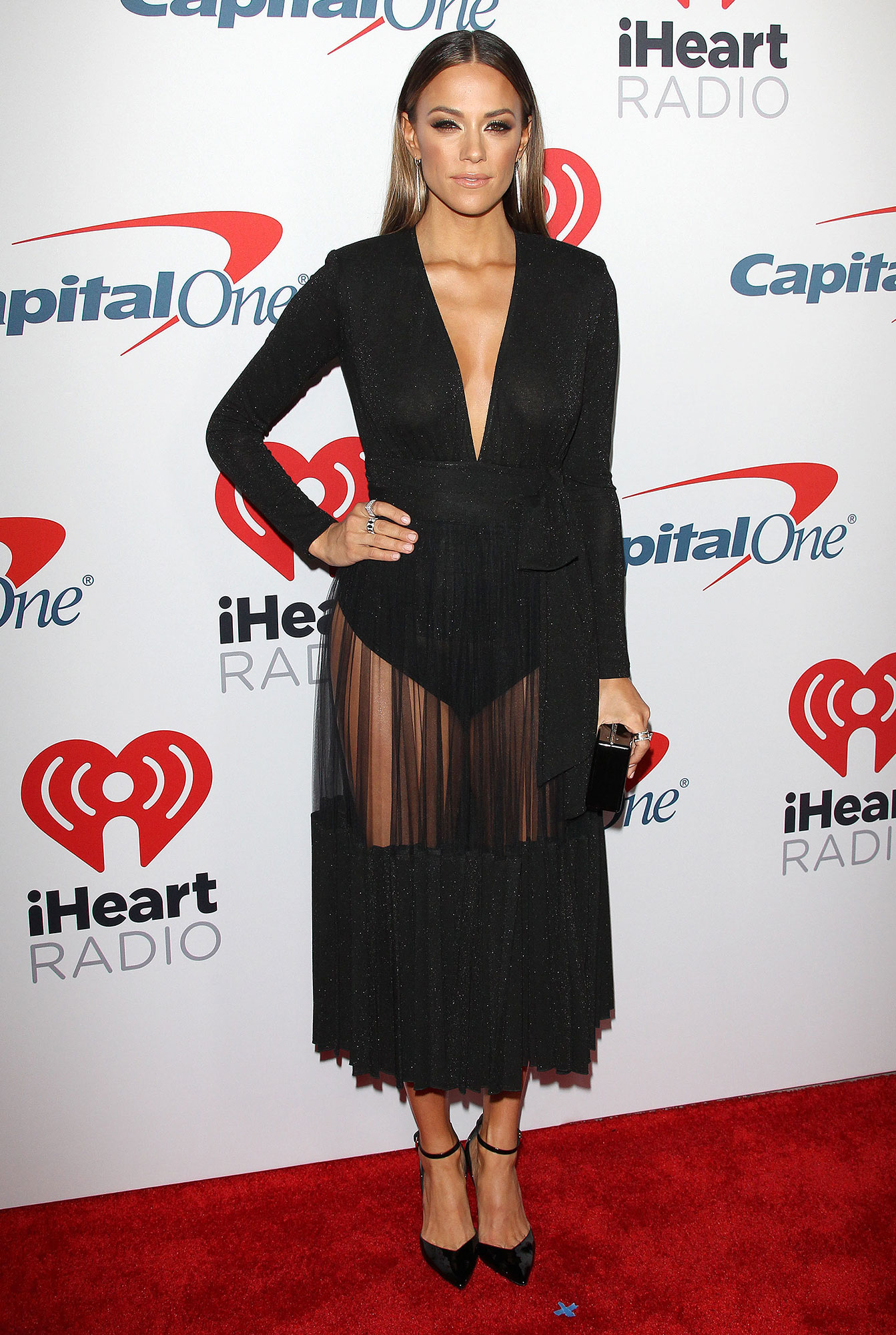 Kramer announced via Instagram in April that she and the 34-year-old retired NFL player were going their separate ways after nearly six years of marriage. Us Weekly confirmed at the time that the One Tree Hill alum had already filed for divorce.

The estranged pair — who share daughter Jolie, 5, and son Jace, 2 — previously separated in 2016 amid Caussin’s infidelity and struggle with sex addiction but renewed their vows the following year. In December 2020, four months before their split, Caussin marked what had been his “most sober year” yet.

“Being an addict in love … that drug and that hit, having that codependency and the trauma bond, it can mess you up so bad,” Kramer said during the episode, comparing her ups and downs with the former football star to abusing a substance.

Us exclusively reported last month that Caussin was “already out of the house” when Kramer confirmed their split. The “I Got the Boy” singer reiterated on Monday that he had been living elsewhere for less than a week before he was served with the papers — but that she “didn’t know where he was staying” at the time. 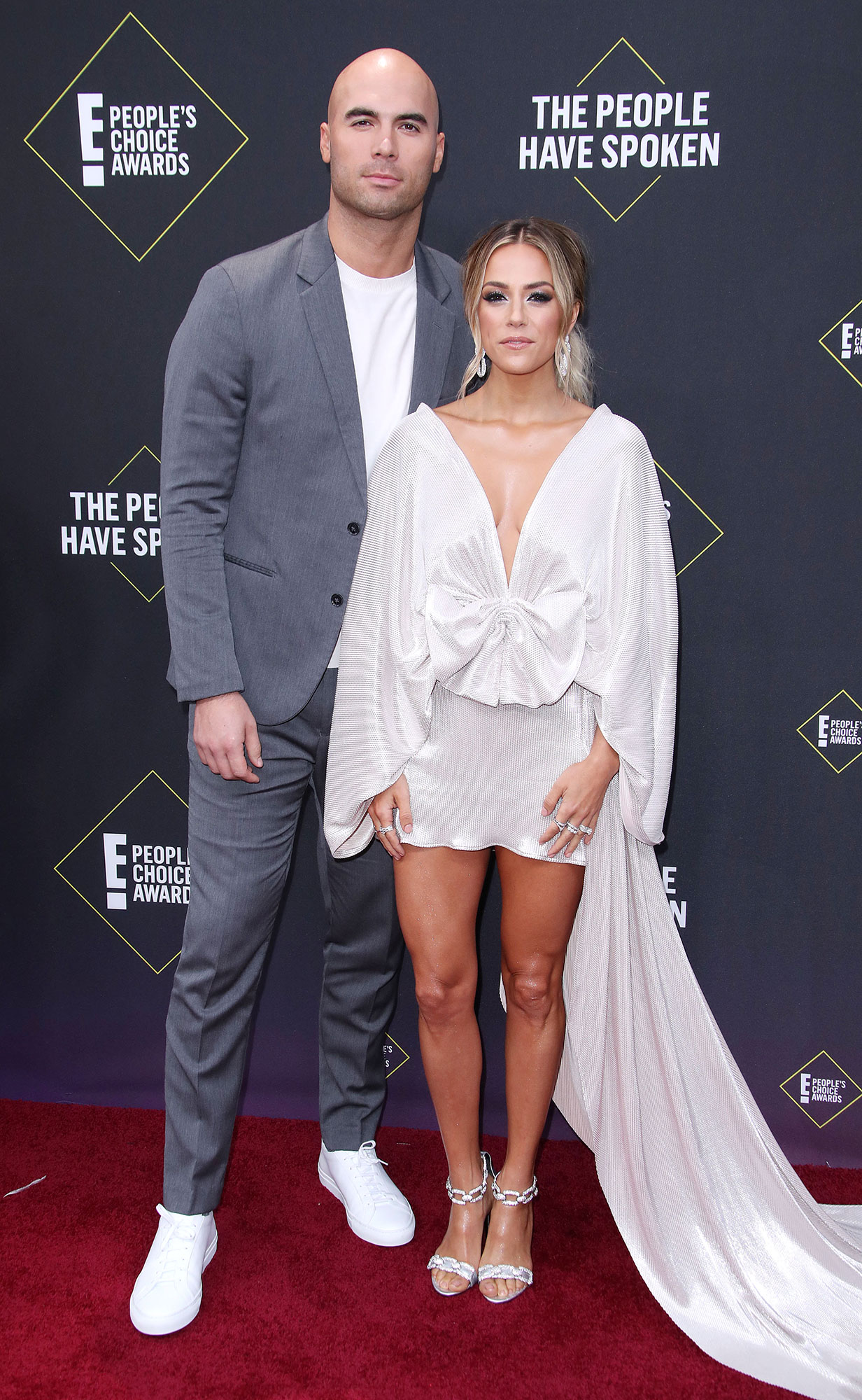 “It felt like a movie … sitting in the lawyer’s office trying to figure out how to do it,” she explained, noting that Caussin wanted to put the kids to sleep the night he was served.

While Kramer waited for the Virginia native to leave, her emotions started to bubble over. “I knew what was happening … and I’m wailing, like, bawling crying. Because all I wanted to do in that moment was say, ‘Never mind, never mind.’ … Because that was the addict in me being like, ‘The second he gets those papers, it’s done and I can’t go back to that person anymore.’ … I was trying not to cry, but how could you not?”

Celebrity Couples Who Stayed Together After Cheating Scandals

The Dancing With the Stars alum “by law” was unable to hand Caussin the documents herself. He was “at his truck” outside the house when he was served with the paperwork, which Kramer said she “officially signed” last week.

“That was the hardest of all the days,” she said, struggling to hold back tears. “Just, like, seeing all the signatures and it not being what I wanted. That was a very hard day. And I called him after I signed the papers … and I expressed to him, you know, ‘I know I wasn’t a perfect wife, but I would have fought forever for this family and for you.’”

Since their split, Kramer and Caussin have “texted” but keep their conversations focused on their kids. “From here on out, I’m going to stop with the why and the how’s because now I have to move on,” the actress added.

Kramer’s emotional recollection of that challenging night came shortly after details of her custody agreement emerged. According to documents obtained by Us earlier this month, the Michigan native was awarded primary custody and will rotate holidays — including Easter, Memorial Day and Thanksgiving — based on even or odd years. Kramer must also pay $3,200 per month in child support, along with the more than $500,000 settlement the pair agreed upon.

While she continues to work through the difficult transition, Kramer ditched her wedding ring during a girls’ trip to Miami. “Free. And not looking back,” she wrote via Instagram on Saturday, May 22, which would have been her wedding anniversary. “I thought not celebrating 6 years today would feel heavy and sad … and though there is sadness in the broken, there is more joy, happiness, freedom and self love than I’ve ever experienced.”

She concluded, “The weight has been lifted and I welcome the unknown, because there is so much beauty in what’s next. Find your strength and set yourself free.”