James Martin, 47, spoke out against a surprising food trend involving cheese during today’s episode of Saturday Morning on ITV. The chef addressed the incident, which he encountered at a wedding when he was younger, while preparing a delicious dish with celery in the show’s kitchen.

Explaining his recipe, James told viewers: “The veg can go in our pan, again with a little bit of celery.

“Often people don’t use celery really for cooking nowadays, but back when I was training in college we used to braise this a lot, it’s a fantastic ingredient.”

However, in spite of his appreciation for the underrated ingredient, the TV personality admitted he was less than impressed when he discovered it was being served with “cheese in a tube” at weddings when he was a teenager.

He added: “I became sort of scarred for life when we used to go and visit weddings when I was a teenager and they put cheese in a tube over a celery stick. Do you remember that?” 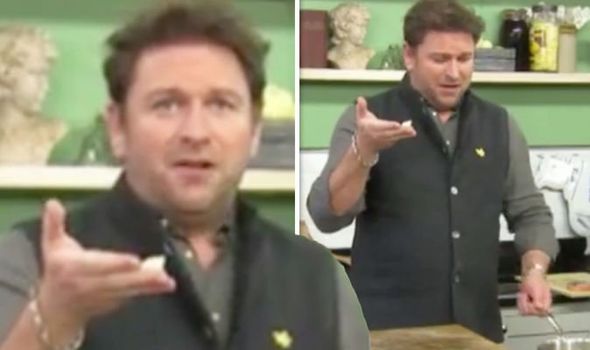 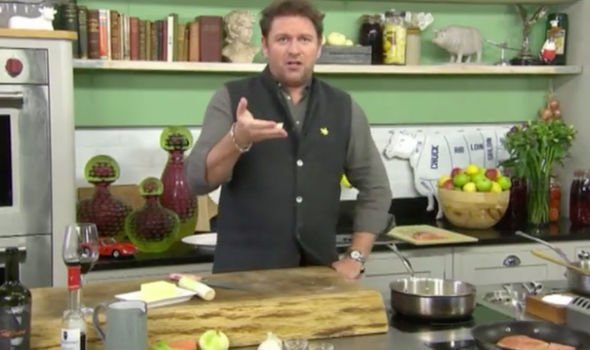 Hitting out at the retro food preparation idea, James exclaimed: “Weddings, cheese in a tube, what was that all about?

“What was going on in England? What was happening?”

Elsewhere, James caused a stir as he showed off his weight loss.

The Saturday Morning host took to social media to share a snap of himself alongside Wet Wet Wet singer Marti Pellow and fans were quick to point out his new “trim” figure. 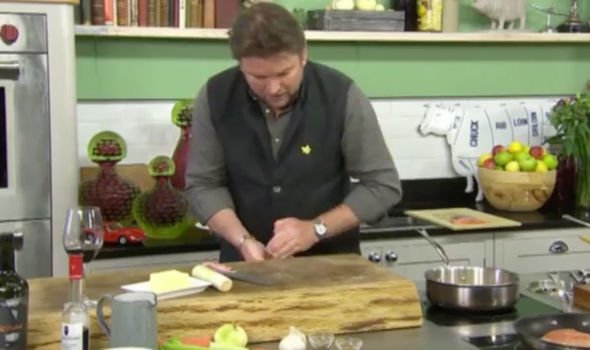 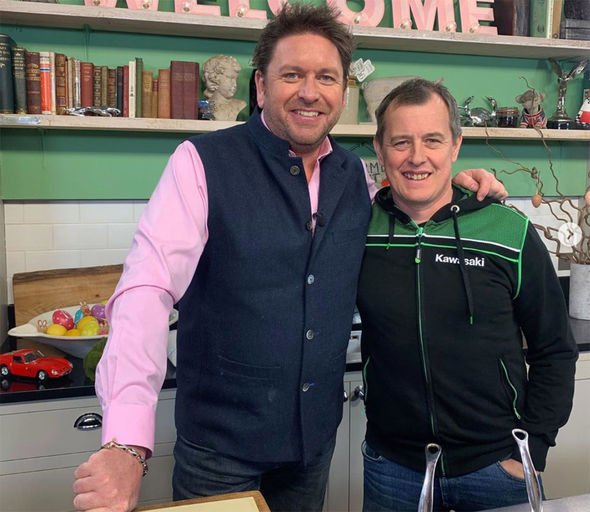 James told his followers he had recently lost one and a half stone.

In the image, which he shared with his 277,000 followers, the smartly-dressed pair appeared to be in an outdoor kitchen, possibly filming scenes for the cookery show.

Instagram users took to the comments section to praise James for his transformed physique.

One fan said: “Looking trim there James [thumbs up emoji].”

Opening up about his recent weight loss in response, James replied: “1 1/2 stone and counting fella.”

A second person wrote: “Looking good. Well done,” while another fan added: “I think your canny fit with or without the weight.”(sic)

Previously, James sparked speculation that his social media page had been “hacked” due to a surprising post.

The post read: “Hey people .. I want to say thanks for all you’ve done for me over the years and as a thank you I wanna come to one of your houses and cook for you for free no reason other than to say thank you .. so how do we do this thing then.”(sic)

“That would be amazing!” one stunned user remarked.

Wondering if the chef had been drinking or if his account had been hacked, a second fan asked: “You been hacked? P****d or both??”

Saturday Morning continues next Saturday at 9.30am on ITV.