Selma Blair and Jaime King shared a sweet kiss on Instagram as Jaime said there’s ‘nothing’ she wouldn’t do for her friend of 20 years.

To paraphrase what Carrie Bradshaw once wisely said on Sex and the City: Guys are nice, but your best friends can be soulmates. Selma Blair and Jaime King have been each other’s number one for the past 20 years, and that’s not changing anytime soon. Jaime and Selma sealed their friendship with a kiss in a throwback photo that Jaime posted to Instagram, complete with a cute caption.

Jaime used a quote from Jane Austen‘s novel Northanger Abbey as the caption on her April 28 post: “There is nothing I would not do for those who are really my friends. I have no notion of loving people by halves, it is not my nature.” She added with a kiss emoji, “Love you Selmie.”

The photo is too sweet. In the throwback, a blonde Selma and Jaime give each other a peck on the lips while Jaime’s son, James Knight Newman (now seven years old), reaches up for a kiss, too. The photo was taken in 2014 on New Year’s Eve. What better way to ring in the New Year? 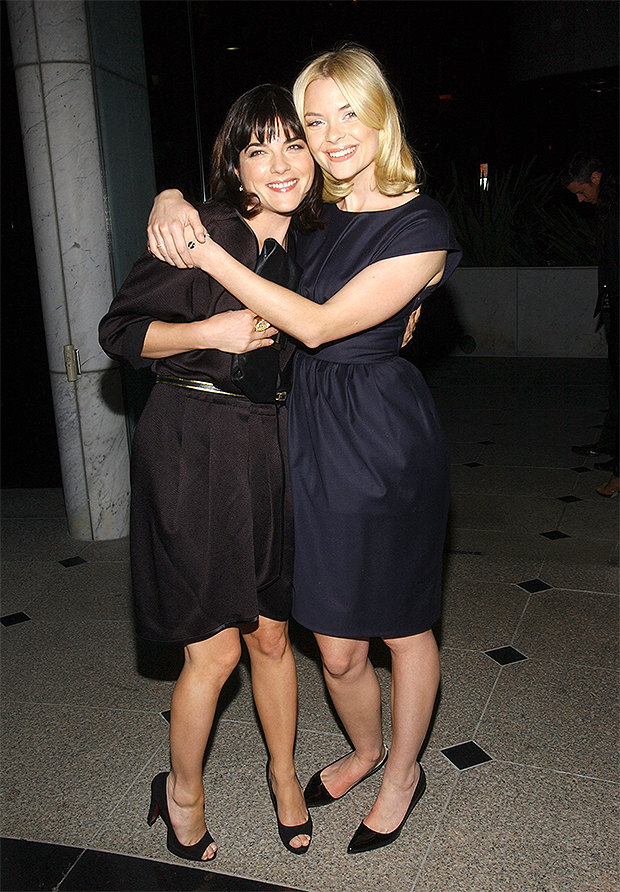 When Selma was diagnosed with Multiple sclerosis (MS) in 2018, she said in an interview with PEOPLE that Jaime was there to lend her support. “It’s the strangest thing that the time that could be the most stressful, I am feeling the most joy,” Selma said. “I think it’s because I’ve learned more than ever that there are people that support me, that love me. I’ve seen people dedicate their time to help me.”

At the time, Selma revealed that Jaime would send her “beautiful” flower arrangements every week and accompany her to treatment sessions. “I’m always happy to see that face,” she said. Her dear friend and Cruel Intentions co-star (who she’s, of course, also kissed), Sarah Michelle Gellar,