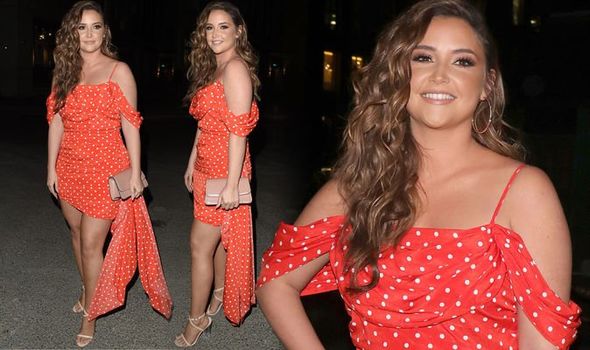 Jacqueline Jossa, 27, looked stunning at the launch of her new fashion collection in London last night.

The reigning I’m A Celebrity… Get Me Out Of Here! champion put on a leggy display in a red polka dot mini dress for the In The Style fashion event.

At the bash, the actress, who is best known for playing Lauren Branning in EastEnders, was reunited with two of her former campmates, who came out to support the Queen of the Jungle.

Jacqueline, who has just returned from a sun-soaked trip to photograph her new summer collection, showcased her toned and tanned pins in a scarlet look.

The figure-hugging patterned number featured thin spaghetti straps and an off the shoulder detail.

It nipped in at the waist and had a loose piece of fabric, which added a stylish flare to her ensemble.

Nude strappy sandals and a co-ordinating handbag completed her look. 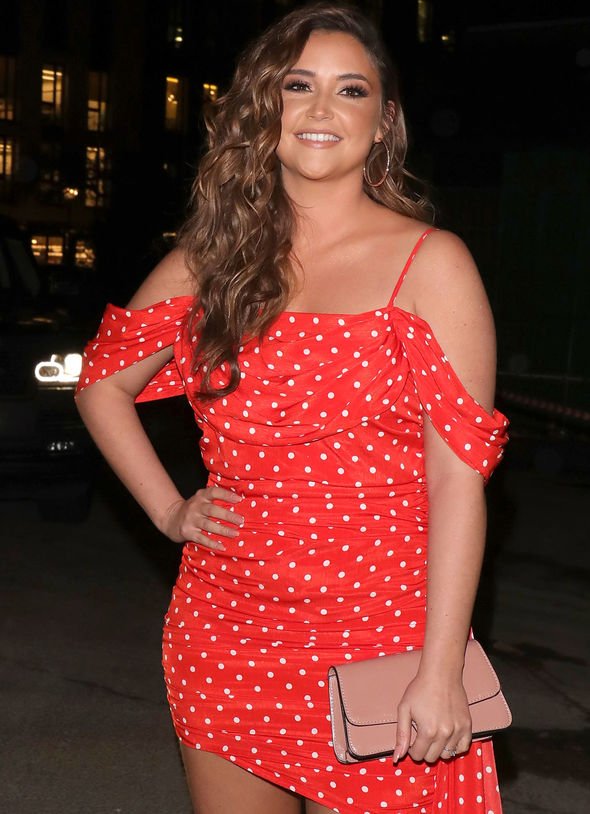 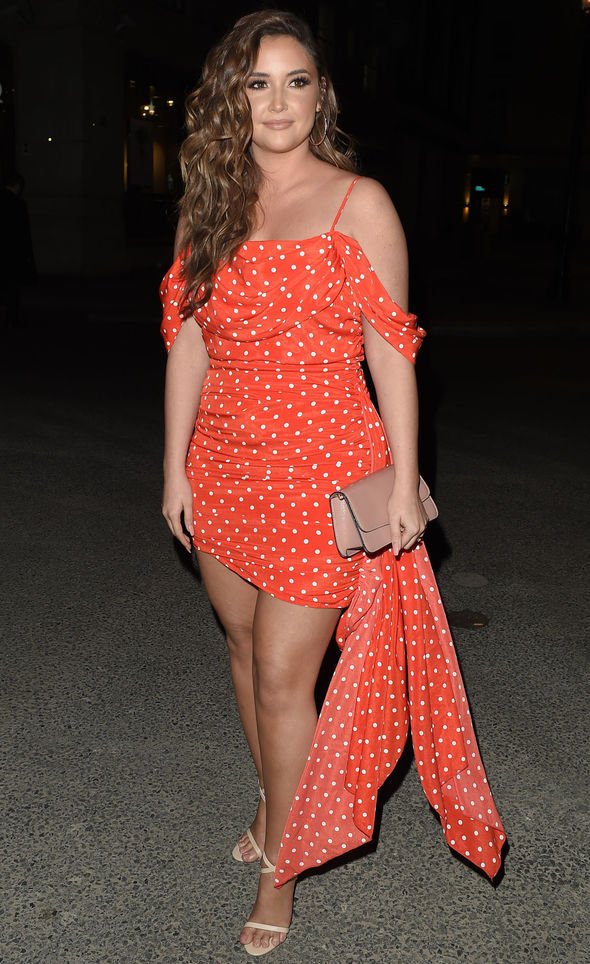 The former soap star wore her dark tresses in curls, swept over one shoulder and enhanced her natural good looks with glam make-up.

Taking to social media this morning, the brunette beauty told her 2.6 million Instagram followers she was “so overwhelmed” with how the event went yesterday and had the “best night”.

She said: “Last night was like a dream, shared with my bestie and my family and a fab bunch!”

Jacqueline’s husband Dan Osborne, 28, was on hand to support his wife at the fashion launch as were her I’m A Celebrity co-stars Nadine Coyle, 34, and Roman Kemp, 27. 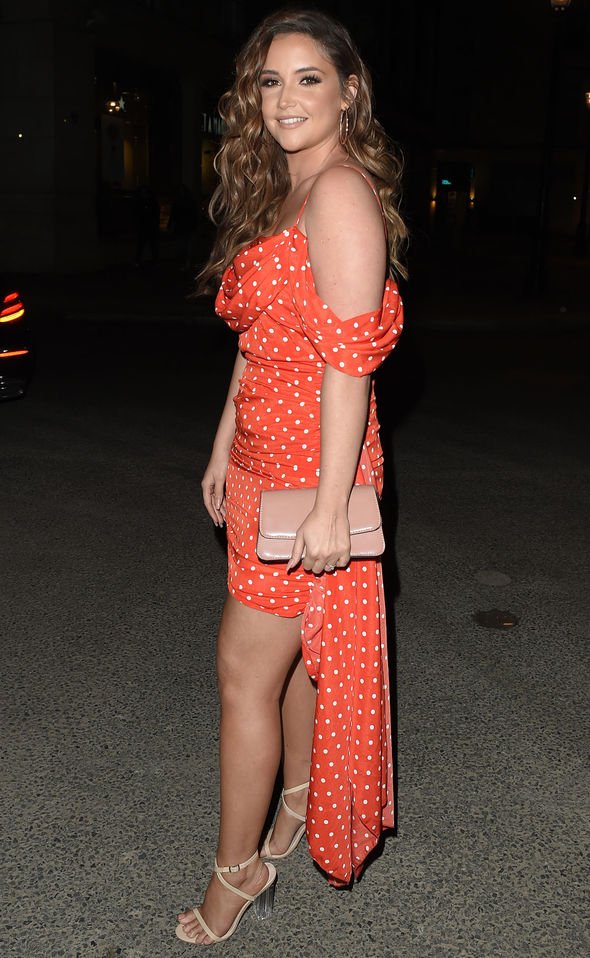 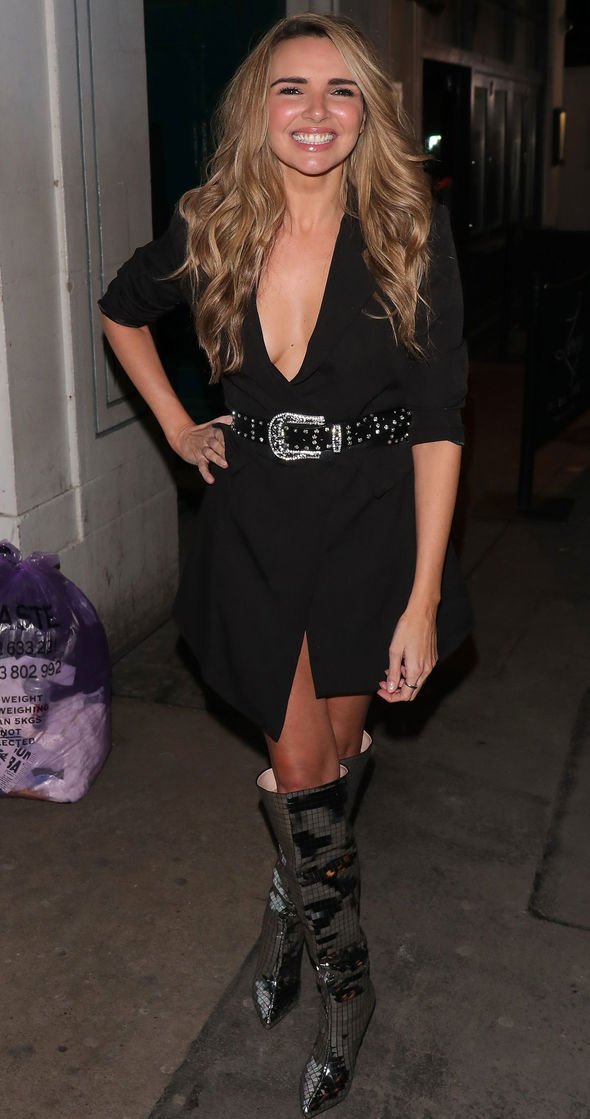 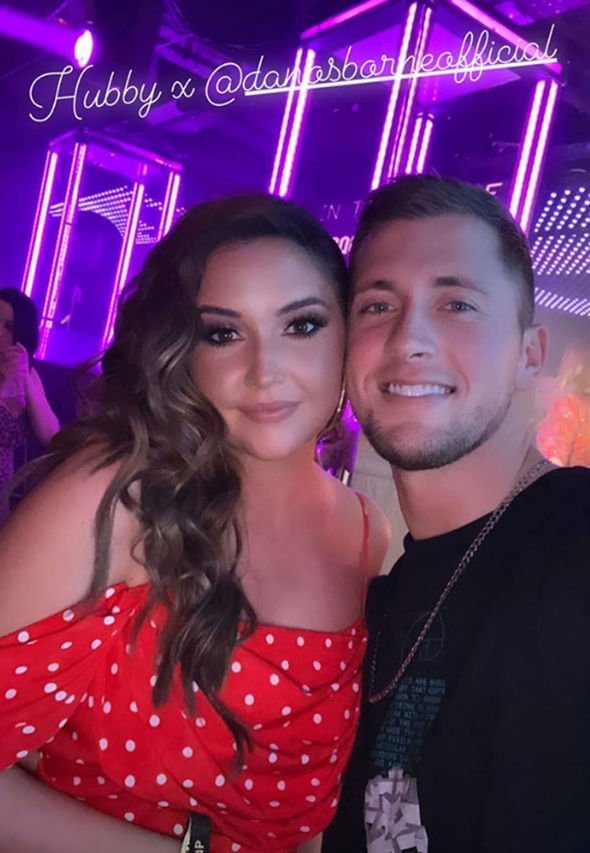 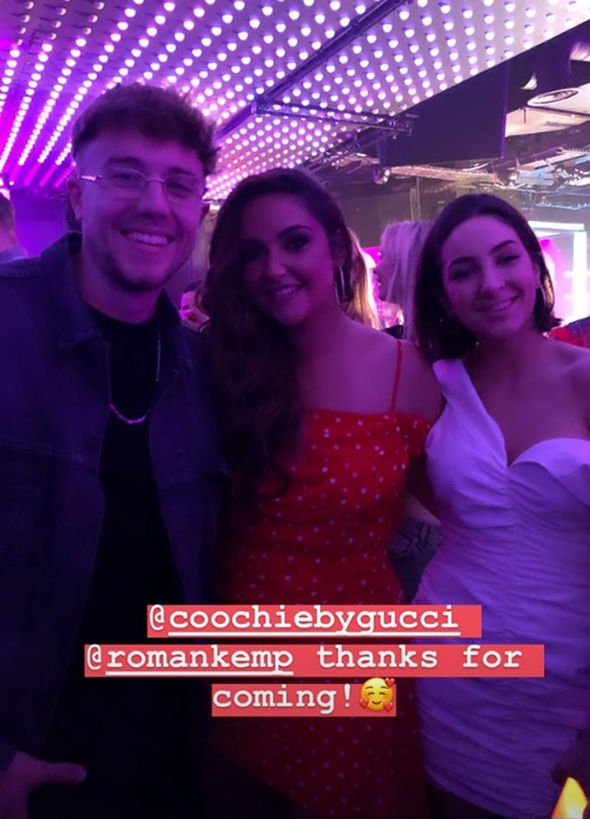 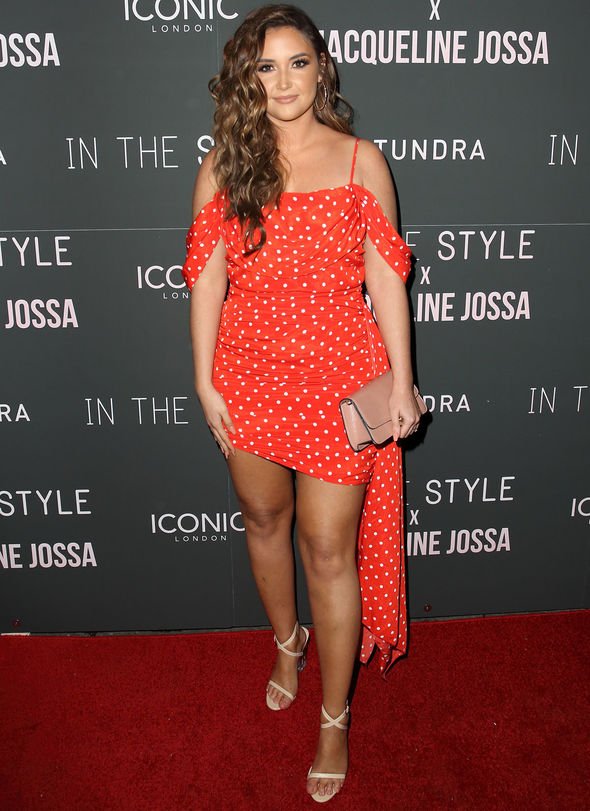 The former Girls Aloud star opted for a plunging black blazer and metallic silver knee-high boots for the fashion event.

She highlighted her slim figure with a sparkly belt which cinched the jacket in at the waist and wore her blonde hair in waves.

Mum-of-two Jacqueline posted a picture on her Instagram Stories with Capital FM presenter Roman and his girlfriend Anne-Sophie Flury this morning to thank them for their support.

Alongside a picture of the trio, she wrote: “@coochiebygucci @romankemp thanks for coming!”