Home » Celebrities » Is Netflixs Too Hot To Handle Fake? 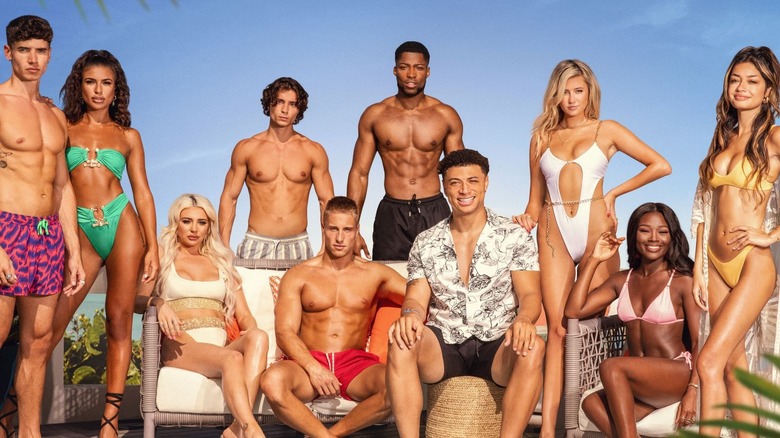 Netflix’s unconventional reality dating show “Too Hot to Handle” follows 10 singletons looking for love (and lust) as they live together in paradise. However, contestants are forced to resist temptation and avoid all forms of sexual contact with one another in order to persevere to a $100,000 cash prize (via Bustle). As with many reality shows, audiences have become increasingly skeptical of the authenticity of the drama playing out on screen — and Netflix’s reality offering is no exception. But, is “Too Hot to Handle” fake?

Providing some insight into the inner workings of the hit dating show, Season 1 contestant Harry Jowsey revealed to Cosmopolitan that producers tend to influence certain storylines and drama, rather than outright manufacture them.

“In these situations, if they know that you’ve got a problem or you need to have a chat with someone, they’ll just point you in the right direction to get a result, or to get that conversation happening and get to the end goal,” Jowsey revealed, adding, “They’re not forcing you to say or do anything you don’t want to. They just kind of help nudge you in the correct direction” (via Elle).

As Elle reported, Harry’s fellow former “Too Hot to Handle” contestant Nicole O’Brien claimed that everything viewers witnessed in the show’s first season was real. However, not everything that went down made the final cut. “It’s filmed over a whole month, and footage is slimmed down into eight episodes — of course you don’t see everything,” she told Cosmopolitan, adding, “there were some parts of my personal growth that were missed.”

Elsewhere, ex-contestant Francesca Farago also revealed that, prior to filming “Too Hot to Handle,” she was not informed of the strict “no sex” rule until cameras started rolling. During an interview with Esquire, Farago explained that although she wasn’t sure of the show’s format, she was “open” to the experience.

“When we landed for filming we found out it was going to be more along the lines of a dating show, and I was super excited for that. But the first few days in the villa, we still had no idea really why we were there.”  Francesca continued, “And then when the bomb dropped that it was like a self-discovery growth experience, it was kind of a shock.”