Home » How 'Pose' Brought the Ballroom Scenes Back Despite the Pandemic

Pose, which is coming to end with its excellent third and final season, goes on an emotional roller coaster that’s not only full of tears, but also offers plenty of laughs that’s become expected of the heartfelt series about the New York City ballroom scene starring primetime TV’s largest LGBTQ cast of color. And despite the coronavirus pandemic shutting down production last spring and threatening the show’s ability to safely film group scenes, the Emmy-winning FX drama made sure the full spectacle of the underground competitions were part of its remaining episodes. “Because without ballroom, you don’t have this show,” Angel Bismark Curiel, who plays Lil Papi, tells ET.

Since it first premiered, when Elektra’s (Dominique Jackson) House of Abundance steals costumes from a museum to fully embody the “royalty” category as they strut down a makeshift runway, Pose has shined the most when it’s fully immersed in the competitions. Events that, for many audiences, were only previously seen onscreen in the documentary Paris Is Burning, or in independent films like Saturday Church, which also starred Mj Rodriguez and Indya Moore before they joined the series as Blanca and Angel, respectively. 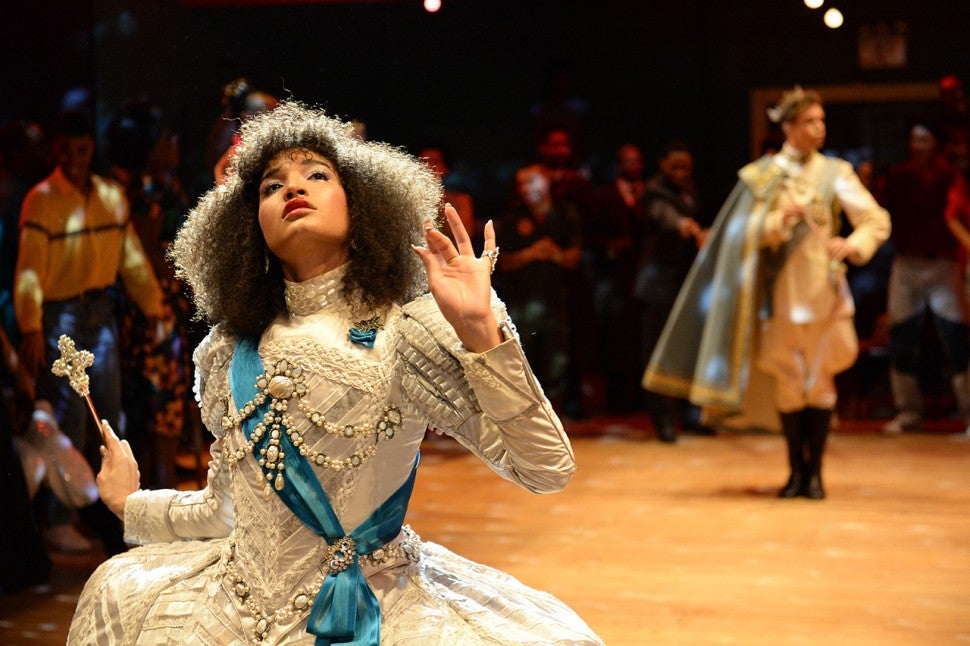 And in real life, the ballroom scene is “where Black trans individuals, Black gays, people of color come together to celebrate on top of the competition,” says Jason Rodriguez, who plays Lemar and also served as choreographer on set. “That’s where the community comes together,” adds Jeremy McClain, who appears as Cubby. “The ballrooms are the heart of everything. So besides the houses, of course, it’s where people come to express themselves.”

Janet Mock, who serves as producer, writer and director on the series, adds that “the ballroom scene is really our space of communion and celebration. It is the church.” And so, by telling this story, the characters need “that space of release.” 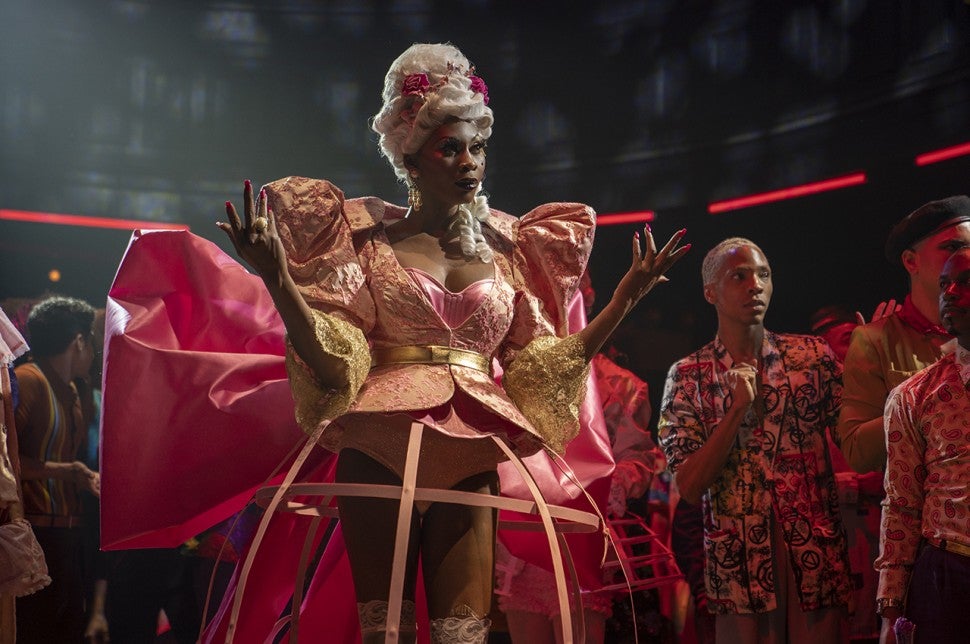 When the pandemic first hit, however, creator and executive producer Steven Canals lamented in interviews that those scenes as well as the more intimate ones would likely have to be cut. “The place on our show where the biggest impact will be felt will be the ball scenes: Those scenes have 125 to 150 background actors,” he told Variety last summer. “That’s tricky, because that’s such an important and critical part of our show and the narrative. We’re just, only now, having conversations of ‘Is there a world where we forgo these things?’”

With production only resuming under strict COVID-19 safety protocols, to pull off the most essential part of the series was an act of defiance all to itself. “We should’ve filmed a behind-the-scenes documentary because it was challenging,” Canals reveals to ET. “There were a lot of creative camera angles and we actually had to do some visual effects work as well.”

And what normally was a scene with over 100 people, sometimes included press watching from the rafters, was reduced to less than half. “We were limited in terms of how many individuals we could have on our ballroom set, which was in our stage in the South Bronx,” Canals explains.

“We didn’t think we were gonna see all those people again, honestly,” Mj Rodriguez says, saddened by the fact that so many regular faces from seasons 1 and 2 initially were not allowed back on set. “It was a little nerve-wracking filming those because we didn’t know what it was going to be like. We were treading into murky waters if you will, so you know, we didn’t really know,” she continues, adding that everybody had to get tested regularly. 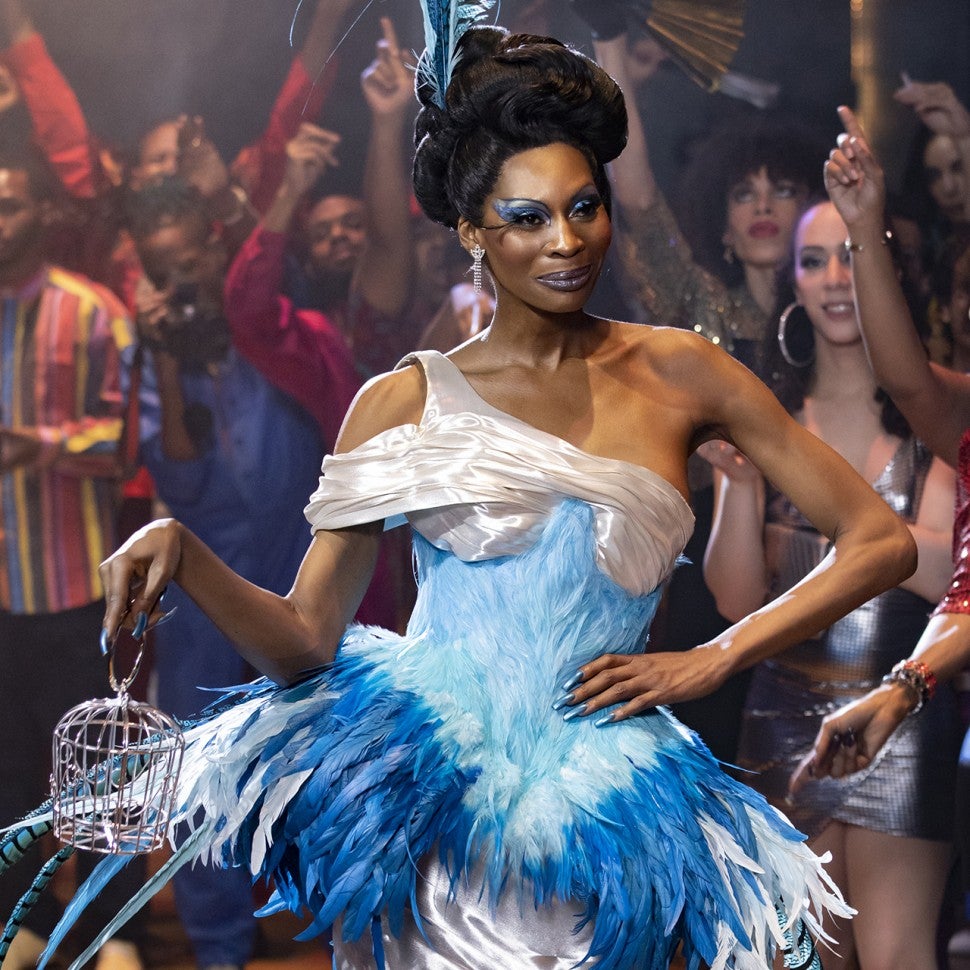 And suddenly, what went from some of the cast members’ favorite scenes to shoot was something far more difficult to pull off. “This season, I will say they weren’t as fun to shoot because we had to be really safe and there were lots of protocols that had to be put in place and restrictions and rules,” recalls Dyllón Burnside, who plays Ricky. “It’s hard to sort of corral a lot of people in that way and we also didn’t have as many people, which really cut down on the energy that we got to have in the room.”

And in order to maximize the number of ballroom scenes they could do, executive producer Ryan Murphy says they “held everything until almost the last week of shooting, which was interesting because that’s when the vaccinations started to happen.”

“It was really laboursome to navigate,” Moore shares. “It was challenging sometimes, but we got through it and we created really beautiful scenes. People were very cooperative and very supportive to the process.”

And it’s that resilience that everyone is proud of. “We made it through,” says Billy Porter, who won an Emmy for his performance as Pray Tell. “I’m so proud of this work. I’m so proud of the fact that we did it in the middle of a pandemic.” 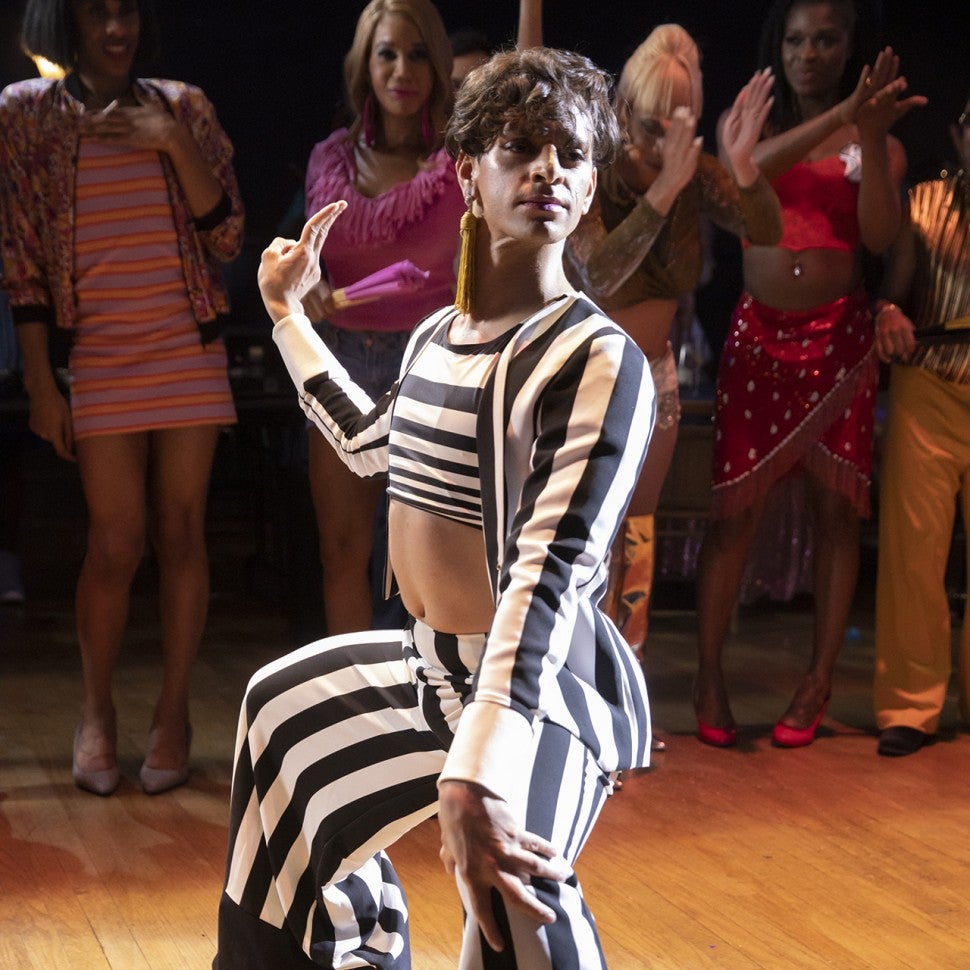 Burnside adds that “one of the most beautiful things that I enjoyed about filming this season was that in that spirit, we had to improvise. We did a special ball this season… It’s unlike any other ball that we’ve ever shot and that was probably my favorite ball, because it was our first ball that we shot after coming back. It was really special.”

And while producer and writer Our Lady J admits “they’re some of the hardest scenes to write… fans love them and we had to get them.” In the end, season 3 wouldn’t feel as grand and glittery without them. “The show is a bleeding heart wrapped in a disco ball,” Mock says. “And so you need a disco ball.”

The third and final season of Pose premieres Sunday, May 2 with back-to-back episodes.