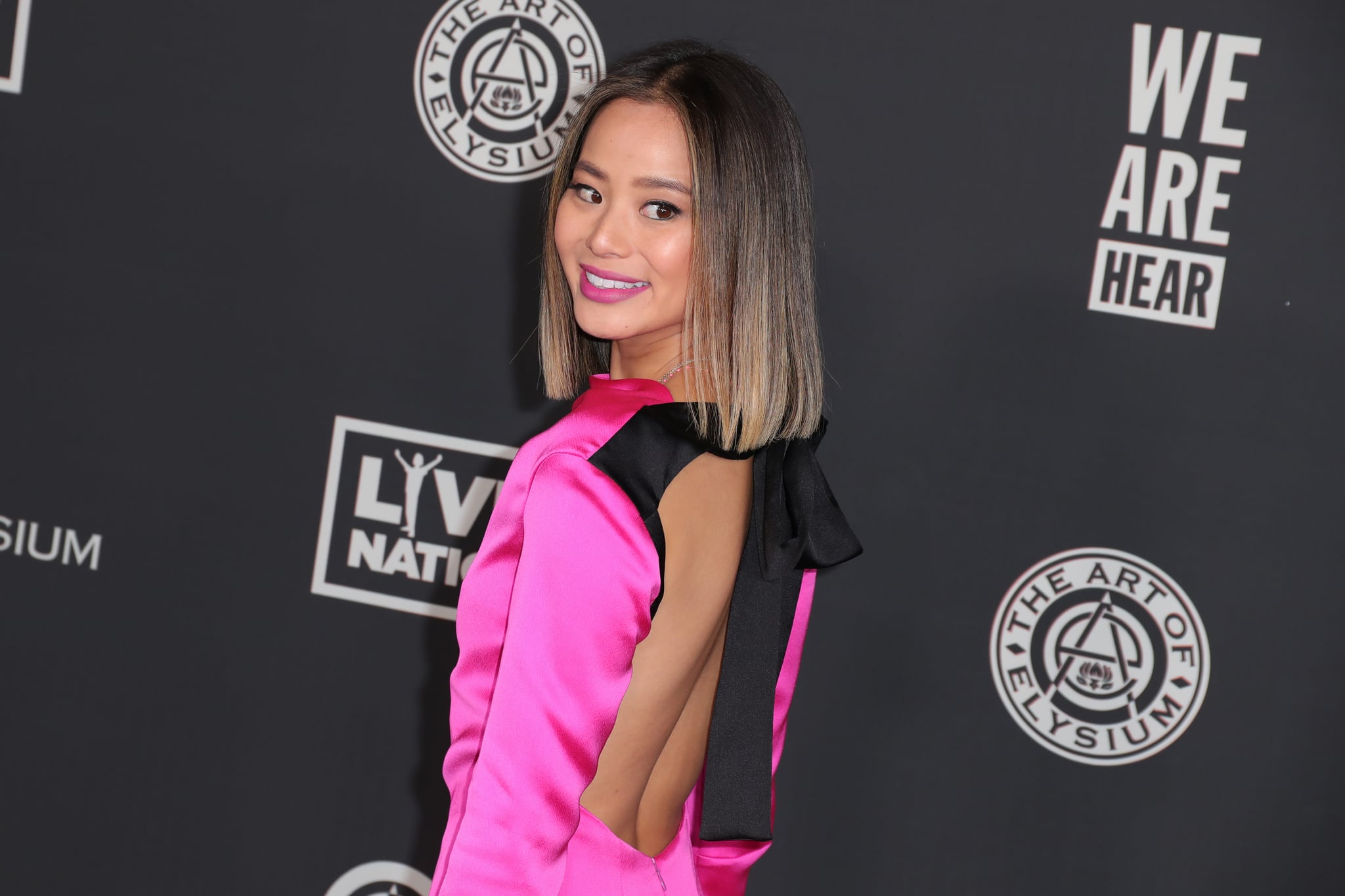 Last fall, Jamie Chung wowed audiences of HBO’s Lovecraft Country as Ji-Ah, a young Korean nurse who falls for US soldier Atticus Freeman (Jonathan Majors) during the Korean War. But her performance wasn’t just moving for viewers. In fact, playing Ji-Ah — a supporting role Jamie describes as “the dream” and her most challenging yet — had such an empowering impact that she was inspired to pitch (and sell!) her own show about growing up Korean American. It wasn’t just about being cast in Lovecraft Country in such a rare part as an Asian American actress that moved her; it was about honoring her heritage and spotlighting the often forgotten history of the Korean War, from a woman’s perspective no less. While the actress tells POPSUGAR her upcoming show is still “in very early stages,” she admits she’s quite excited. As Jamie steps into the next chapter of her career, it comes as no surprise that she continues to center Asian American stories in her work.

As a Korean American woman, and as a former teen who was obsessed with celebrity culture and had big media dreams, it’s easy to remember the few AAPI in Hollywood during my younger years — particularly the ones who not only spoke out about the injustices they’d experienced, but also those who were immensely proud of their cultures. Chung, the reality-star-turned-actress who also happened to have a striking sense of style, stood out to me as an outspoken voice — as one who wasn’t afraid to talk about the lack of representation and the stereotypical, token Asian roles we saw time and time again in films and on TV.

Recently, Jamie signed on as this year’s ambassador for HBO’s fifth annual Asian Pacific American Visionaries (APAV) film competition, a program that provides opportunities for up-and-coming AAPI filmmakers to showcase their own unique culture and stories on screen, rewarding three winners cash prizes and the chance to have their films premiere on HBO and stream on HBO Max.

When it comes to AAPI representation in the industry, Jamie grapples with the gratitude she feels looking at how far we’ve come, while also expressing disappointment in how much more there is to be done. But as she repeatedly comes back to during our conversation, “the only way it begins is with the storyteller,” and becoming our own storytellers brings us a step closer to authentic representation of our narratives in media. The actress chatted with POPSUGAR about elevating the stories of emerging filmmakers through HBO’s APAV program, playing Ji-Ah in another season of Lovecraft Country, speaking up about the lack of Asian American stories and voices, and combating the horrific rise in hate crimes against Asian Americans. Read on for our full chat ahead.

POPSUGAR: Throughout your career, you’ve always been vocal about representation, or rather the lack thereof, in Hollywood, and I imagine that’s not an easy thing to do — what has inspired you to speak up and use your voice?

Jamie Chung: I think it comes with confidence. A lot of Asian Americans experience imposter syndrome, always feeling like, “You don’t really belong here. This isn’t your country. You’re lucky to be here, you should work really hard and bite the bullet.” It’s really unfortunate, but that’s the way I was raised, to just keep my head down, do the work, and carry on. That carried into my film and television career when I was just starting out. I was just so grateful to be here and was not going to stir the pot. I was really appreciative, but not really standing my ground on what I think.

So now we are the storytellers in the writers’ room. There’s a huge difference in being able to write our own stories and be involved in the process of storytelling, before it even reaches a studio or a script or before we shoot anything. Before it was just — I hate to say it but it’s true — a nonminority male perspective of what it’s like to be Asian American in America. I was so scared to say anything, but now, once you’re given a microphone or when anyone is interested to hear your perspective, it’s such a powerful moment because it’s like, “Oh wow, you really care what it’s like,” or “You do want this story to be more authentic.” It came with building that confidence and having the body of work to stand behind. So it’s through storytelling and having the platform, but also programs like HBO Visionaries I think will really help amplify our voices and stories.

PS: Tell me about your work with HBO Visionaries and why it’s so important to you.

JC: Of course. This is the fifth year that HBO has sponsored the APA Visionaries, which is a short-film competition. We talk a lot about, “How do we amplify Asian American voices? How do we give them the platform?” And this is the perfect way to do it. If your film is selected, it’s streamed on HBO and HBO Max. It has the prestige of being on one of these streamers or channels, and it’s an authentic way to allow artists to share their perspective and their stories. It’s fantastic. After Lovecraft [Country] had aired, [HBO] asked me to become the fifth ambassador, and of course I jumped on it. This is a great opportunity for AAPI to showcase their work and hopefully kickstart their careers. I really do wish that more studios would do the same thing, but very happy to be a part of this one. 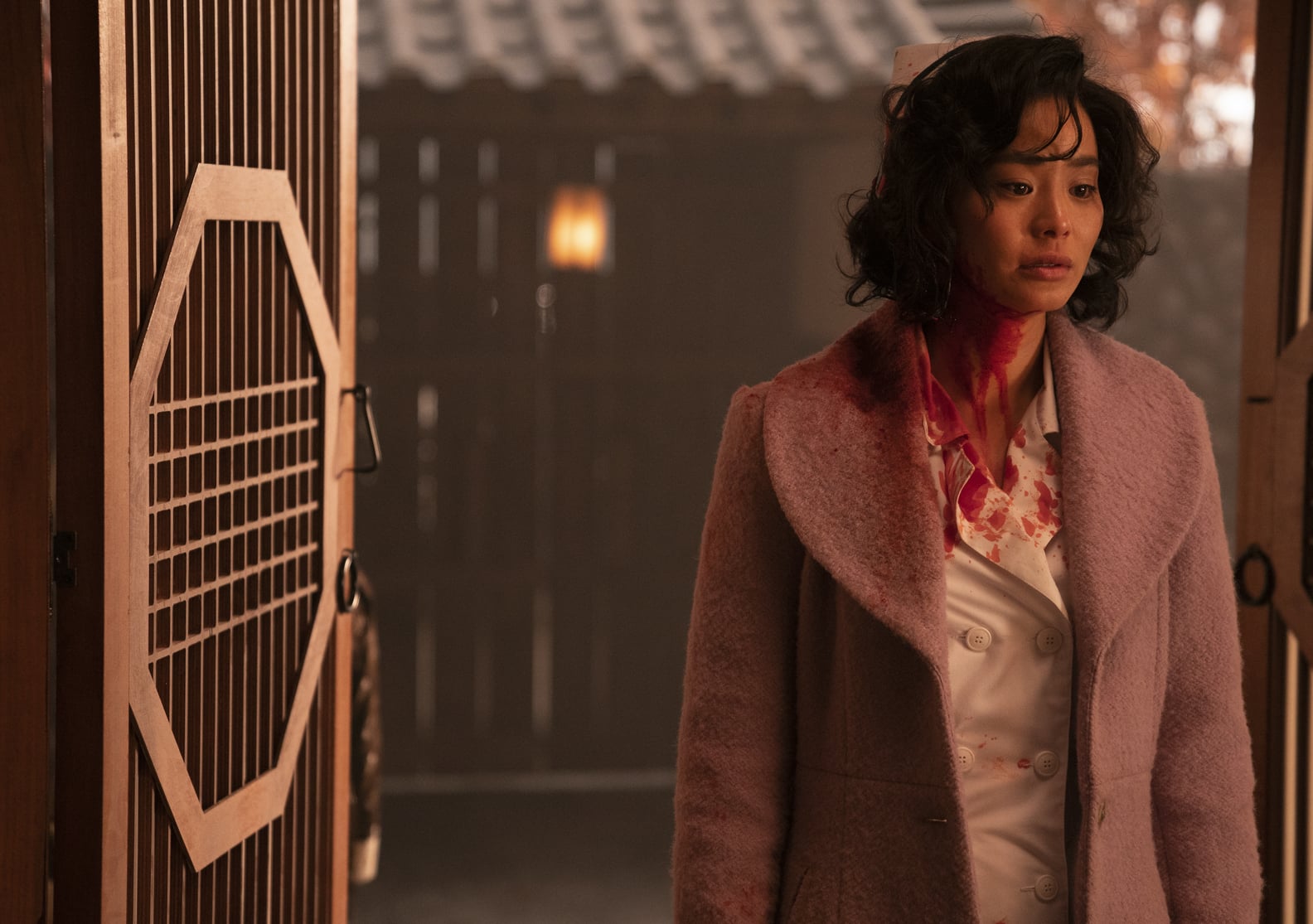 PS: Speaking of Lovecraft Country — congratulations on the SAG nominations by the way! — I know you’ve talked about how rare it is for an Asian American woman to be cast in this type of complex, nuanced role that we saw in Ji-Ah. What was it like to play her?

JC: Well, we have Misha [Green] who is a brilliant woman. She really wanted to tell the story from this character’s perspective. There’s tons of movies about the Korean War, but who is telling the story? It’s usually the white soldiers telling the stories of their experience in Korea. So to be able to have this platform as a Korean American, to share the story of what it was like to be a woman during the Korean War — I mean, yes she’s a kumiho (a Korean word defined as a nine-tailed fox spirit), but still, those details aside . . .

It’s so powerful. It’s one of the first I’ve seen on television. It’s so unfortunate that it’s 2021 and this is one of the firsts for me. I think that’s just a reflection of how this is just the beginning for Asian Americans in film and television storytellers because there’s so many firsts. I just thought it was so important to play all the nuances, all the complex layers and conflicts of what it’s like to be on one side during the Korean War, or even a woman or the nuances of what it’s like to have shame and needing validation from your mom. You know what I mean? All these cultural nuances, it was very important and I’m so grateful that I was able to play it.