This Morning star Holly Willoughby was seen in a behind-the-scenes video on social media today. The 39-year-old television presenter chatted to stylist David O’Brien and her co-host Phillip Scofield, in footage which he posted on Instagram, and it wasn’t long before their colleague offered them a “massive” marrow to take home.

“It’s a courgette that time forgot and now it’s a marrow,” ITV’s head of costume told the presenters in the short clip, while holding up the sizable vegetable.

“Do courgettes turn into marrows?” an intrigued Phillip, who was not visible in the footage, could be heard to ask.

“Yep,” the stylist replied, before going on to offer it to Holly and Phil.

“If anybody wants this massive marrow…” 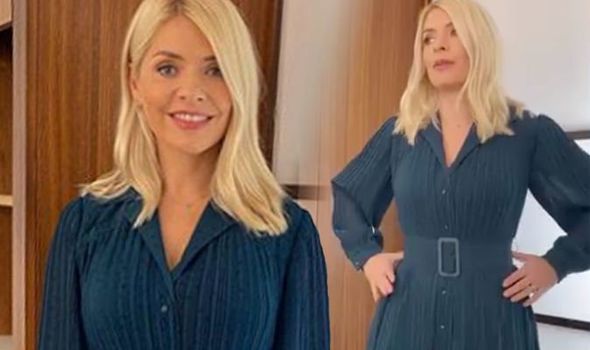 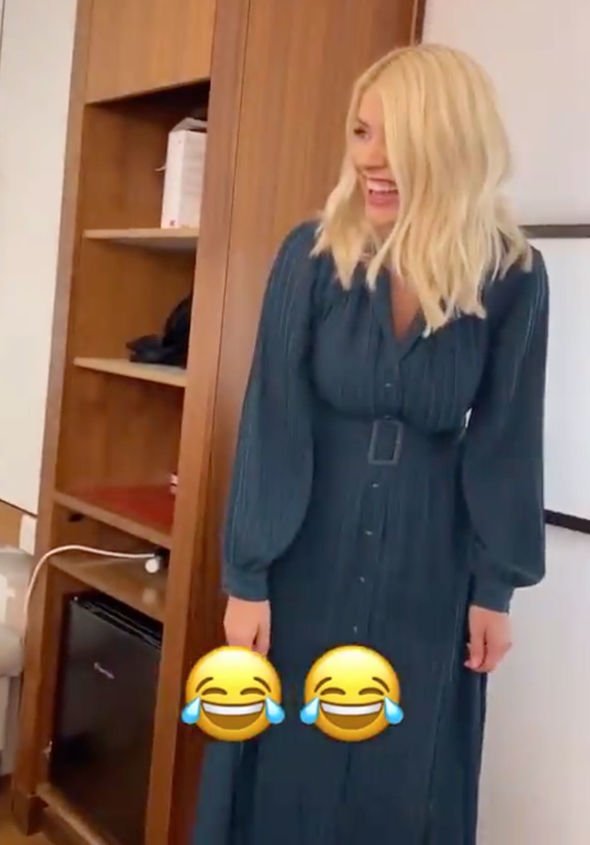 “I’m almost embarrassed to take it home in case I break down somewhere,” Holly remarked in a fit of giggles.

“Well I brought this on the train,” the co-worker remarked.

Amused by the conversation, the 58-year-old shared the clip with his 3.2 million Instagram followers. 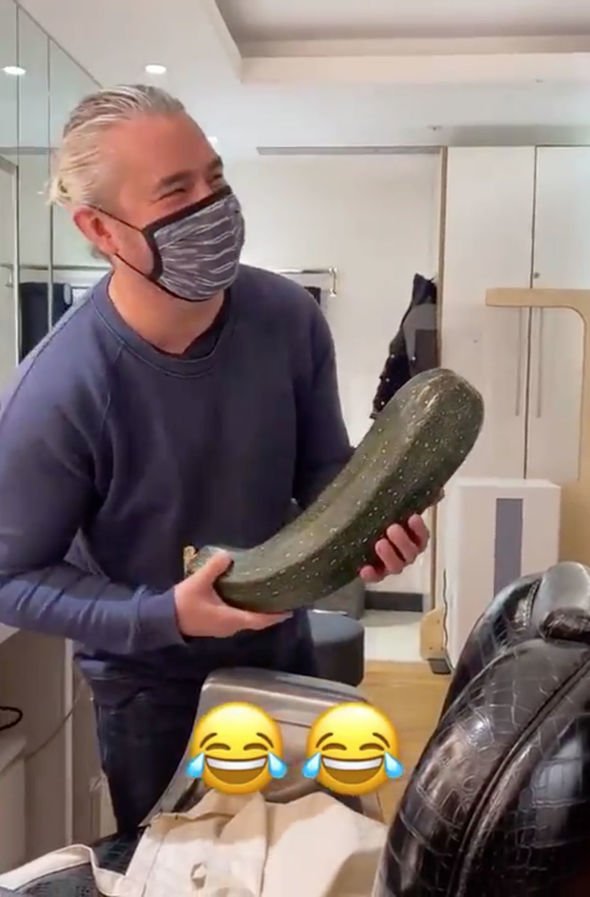 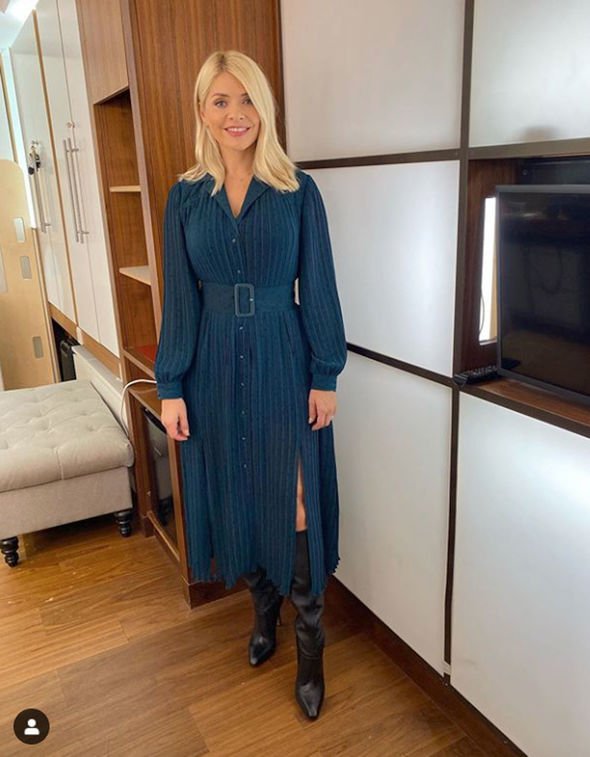 Ahead of their appearance on the show, Holly also took to the picture-sharing site to share her usual outfit post.

The mum-of-three, who looked stylish in a shirt dress with a thigh-high slit told fans she had rented the designer dress ahead of a segment on sustainable fashion on today’s show.

“Once again we are doing dress rental in our fashion item today… this green dream is also only mine for a while… if it’s good enough for Cinderella! @rotatebirgerchristensen from @hurr boots by @reiss #sustainablefashion.”