After posting a photo of herself on March 3 wearing a pretty floral dress and trench coat (from a campaign she did for her collection at New York & Company), the actor stuck around to respond to fans in the comments section. Usually, that's a terrible idea, but in this case, Mendes had some pretty awesome conversations with her followers.

There was a lengthy response to one fan's comment that I'd like to delve into, specifically. "You look amazing, Eva," user @mandica17 began with a heart-eye emoji. "Just wanted to say how much it means to us fans to be able to talk to you and how great [it] is that unlike many other celebrities you acknowledge us. So thank you! P.s. wouldn't mind an [appearence] by Ryan on this page."

Eva Mendes met her partner, Ryan Gosling, on the set of their movie The Place Beyond the Pines in 2011, and they've been together ever since. They have two children together: Their first daughter, Esmeralda, was born in 2014, and two years later, they had another daughter, Amada. They rarely discuss each other or their kids with the media, but they've given us a bit of info here and there…as a treat. 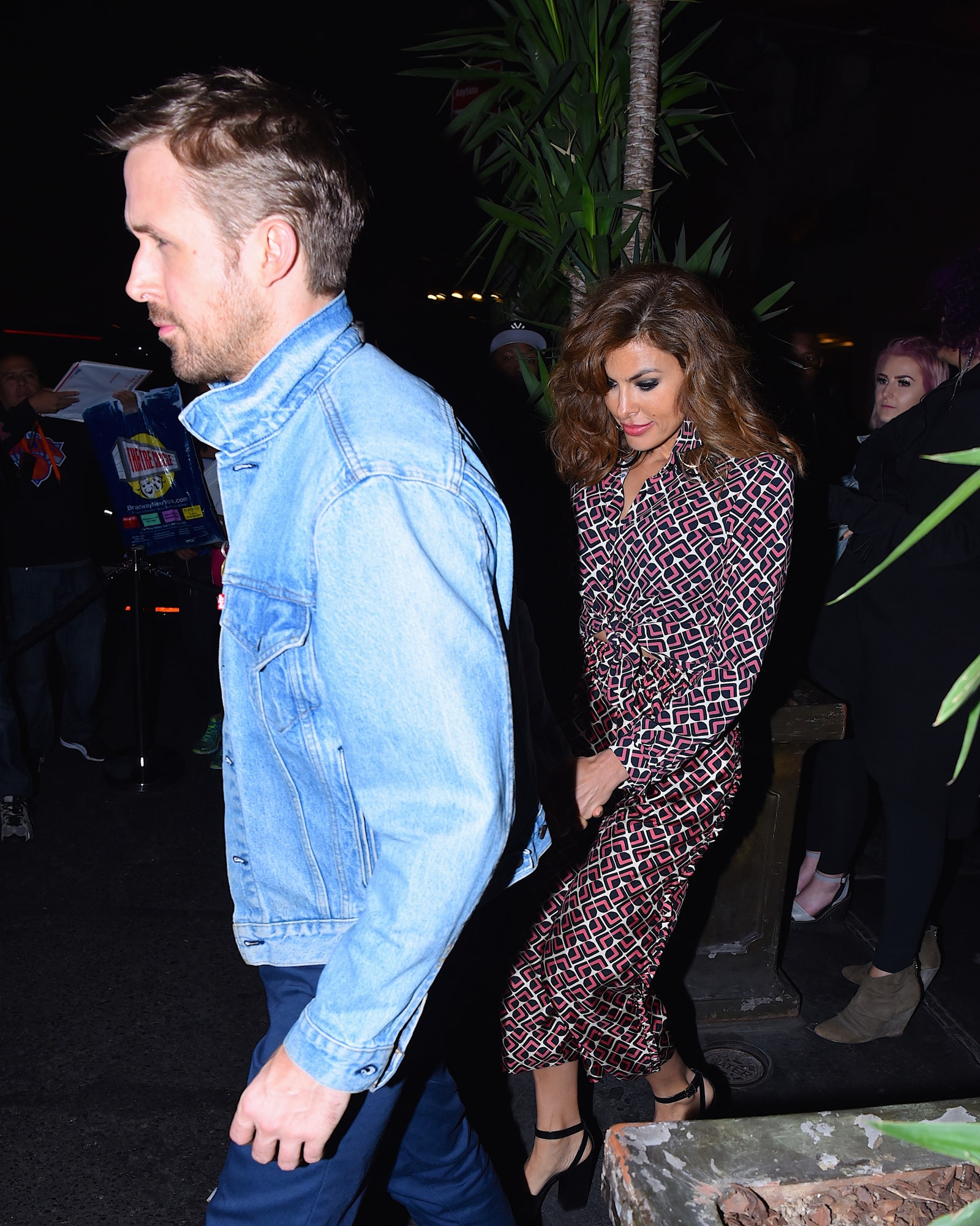 In her response to @mandica17, Mendes opened up about her "struggle with social media" and explains why she won't post pictures of Gosling or her children.

"I struggle with social media but I love the constant connection with women," she wrote in her reply. "I try to post responsibly and try to make sure I don't portray myself in a way that makes other women feel bad."

Mendes emphasized that the campaign photo is not a completely accurate portrayal of how she looks. "Instagram can be hurtful in that way. Like with this picture, this is actually a campaign shot and it was retouched. So I want women to know that," she said. "I want women to know it takes a lot for me to look this way and that I struggle with food among many other things."

After calling on her fans to call her out for "any bullshit," she got to the stuff about her partner. "As far as Ryan, I'll only post flashbacks of things that are already 'out there' (like pics from movies we did or stuff like that)," she explained. "My man and kids are private. That's important to me so thanks for getting that. Have a beautiful day. Sending so much love!" She finished her response with a heart emoji. 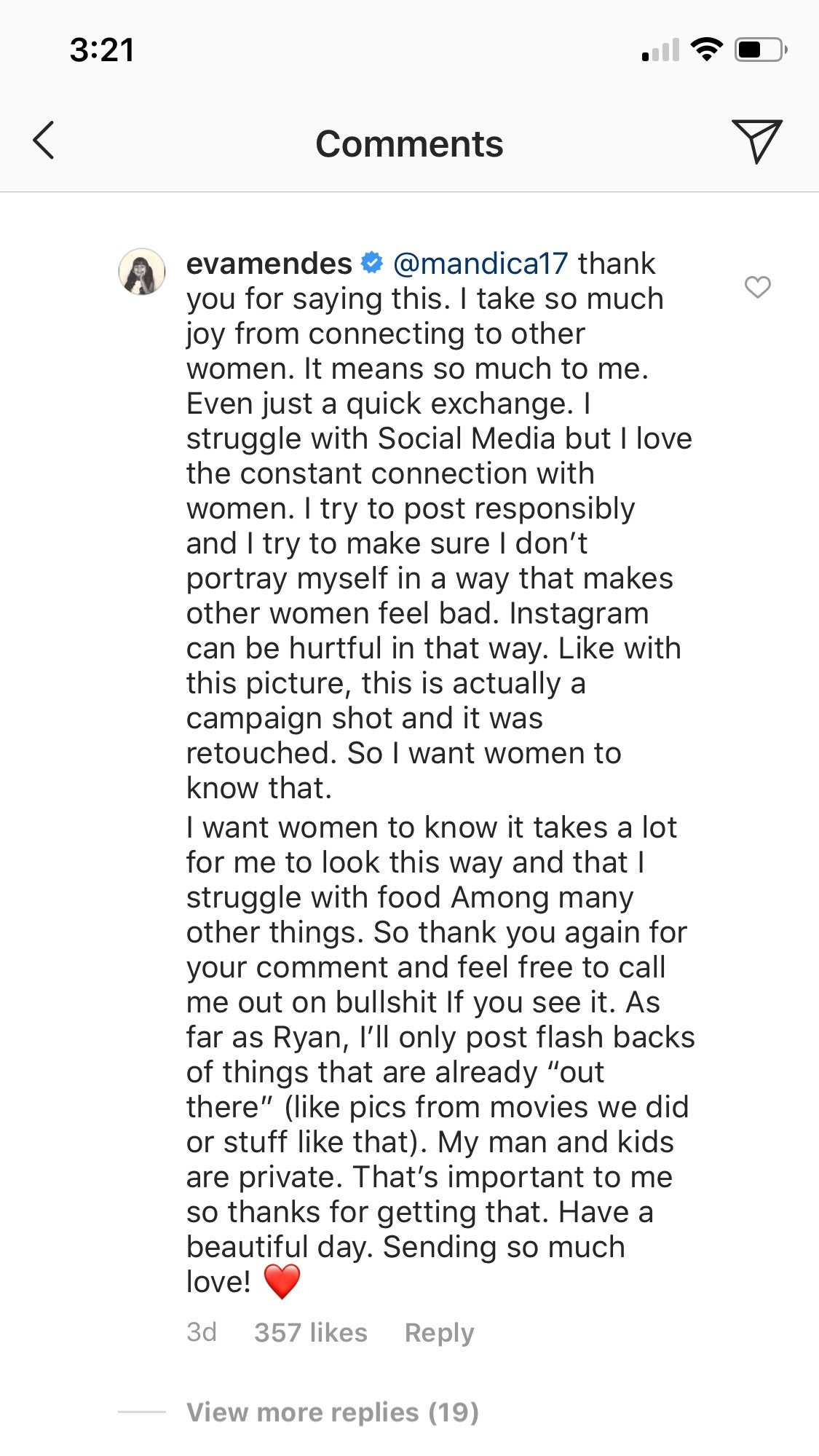 If only every comments section could looked like this!