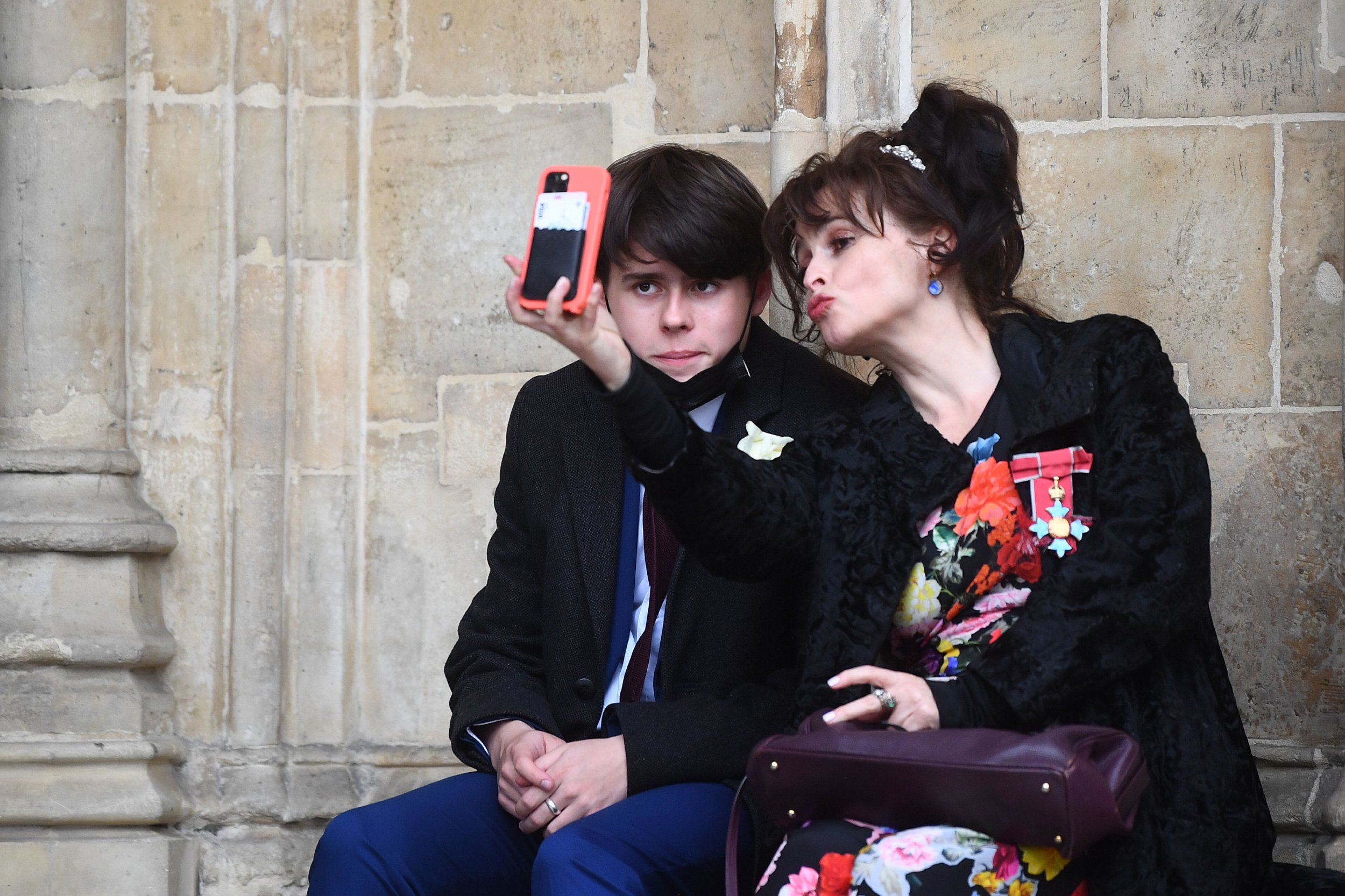 In a rare public sighting together, Helena Bonham Carter playfully took selfies alongside her 17-year-old son Billy, as the pair attended an event to honour nurses and midwives.

Helena’s ancestor is renowned nurse Florence Nightingale and The Crown star was on hand to celebrate the tireless work of those in the nursing profession during the pandemic.

Sitting outside Westminster Abbey on Wednesday, Helena and Billy – who the actress shares with former partner Tim Burton – posed for a couple of shots as they waited.

As the star held her camera aloft, Helena beamed before pulling off a perfect pout for her bemused son.

If you didn’t know before, Helena is not like a regular mum – she’s a cool mum.

Later, the star spoke about the 1% pay rise for health staff amid the pandemic, noting that Nightingale – who became known as The Lady With The Lamp, would be ‘roaring’ and challenge the ‘pitiful reflection’ of their work.

Helena, whose great-great-grandmother was Nightingale’s aunt, said nurses have ‘always been underappreciated’.

Asked about the 1% pay rise offered to health staff, which the NHS Pay Review Body is currently considering, she said she feels everyone wants to give them more.

She told the PA news agency: ‘I’m always hesitant as an actor to speak, does my opinion really count?

‘I shouldn’t really put words into her mouth but I think she would… certainly challenge this decision and say that this is really a pitiful reflection of what they’ve done for everyone this year.’

She said it would be ‘the right direction’ if the offer was increased, with the Royal College of Nursing calling for a 12.5% rise for nurses.

Helena said: ‘Think of it, every single Thursday everyone clapped. That wasn’t empty gratitude. I think everybody in this country wants to give them, even if they tax us more.’

She said her father’s long illness, during which he was cared for by numerous nurses, had made her aware of their low wages. 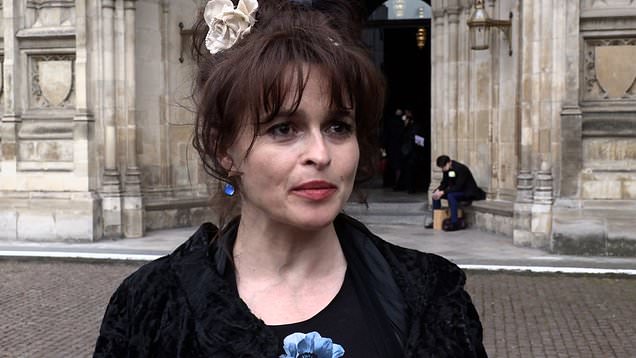 The Harry Potter said: ‘When my dad was ill all those years ago, I was 13 and I remember realising they were being paid something like £2 an hour, and I remember talking about it with my family and saying “I don’t understand it, we need them the most and they’re being paid the least”.

‘Their hours are horrendous and the stress and the pressure that they’re under, and we need them the most.’

Boris Johnson and the actress gave readings at the service, which had a socially distanced congregation of 60 people after the event, which takes place annually to mark Florence Nightingale’s birthday on May 12 – now known as International Nurses’ Day – had to be postponed last year due to the pandemic.

A procession, led by Ruheana Begum – a Florence Nightingale scholar and matron at Guy’s and St Thomas’ Foundation – carrying a lamp, also took place in the Abbey.

The tradition paid tribute to Nightingale’s work in Crimea when she carried out her night rounds tending to wounded soldiers while holding a lantern.

Those in attendance wore white roses as part of the Florence Nightingale Foundation’s white rose appeal, which last year raised £88,000 to help fund access to emotional and wellbeing support.

Looking forward to the next stage of the road map out of lockdown on Monday, Helena said she is most excited about hugging people again.

She told PA: ‘There’s going to be obviously massive hugs, and I want to eat inside and just see people, inside.’