Heidi Klum’s husband, Tom Kaulitz, has set a high bar for himself in the gifting department. The couple tied the knot in 2019 and on Tuesday night’s Jimmy Kimmel Live, 47-year-old Klum revealed that for her birthday last June, the 31-year-old Tokyo Hotel guitarist gave her a very meaningful gift.

“It’s the German wall! It’s the Berlin German Wall,” Klum shared, showing off the chunk of the Berlin Wall that now sits in her front garden. “My husband was actually born in East Berlin, and I’ve been there many, many times. Obviously, I love Germany. This is where I’m from even though I’ve been here longer than I’ve been in Germany. So he gave this to me for my birthday.” 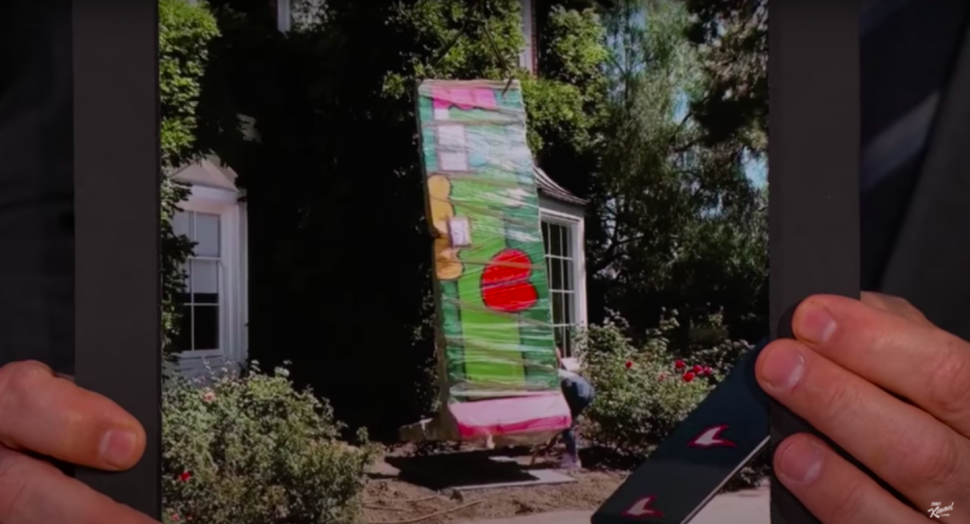 The piece of the wall had to be sent from Germany and then lowered by crane into her garden.

“When you guys fight, do you sit on opposite sides of the wall?” host Kimmel quipped.

“No, but this is good, I like it,” Klum replied, laughing.

The Berlin Wall was erected in 1961 to separate East and West Berlin. It was famously torn down in 1989.

“I loved it. It’s beautiful. I mean it’s beautiful that it’s broken and it’s not standing there anymore doing what they intended it to do, so I love it as an art piece in the garden,” Klum shared of the symbolic gift.