Home » Celebrities » “He Thought The Idea Was Hilarious”: Director Kirsten Johnson On “Killing” Her Father Repeatedly In ‘Dick Johnson Is Dead’

The Oscar documentary shortlist abounds with memorable love stories—between a woman and her incarcerated husband in Time, between a man and a mollusk in My Octopus Teacher, and in Dick Johnson Is Dead, between a daughter and her aging father.

Of those three films, Dick Johnson Is Dead qualifies as the most unusual stylistically. Director Kirsten Johnson, faced with her beloved father’s cognitive decline, conceived various outlandish scenarios in which her dad might die, and then filmed them.

“The premise of the movie is that we were going to kill my father over and over again with the help of stunt people until he really died for real. Why? Because we wanted to keep bringing him back to life,” Johnson tells Deadline. “I think we desperately needed to laugh because dementia will rip your heart out and you could just cry for decades if you didn’t find a way to laugh at it.” 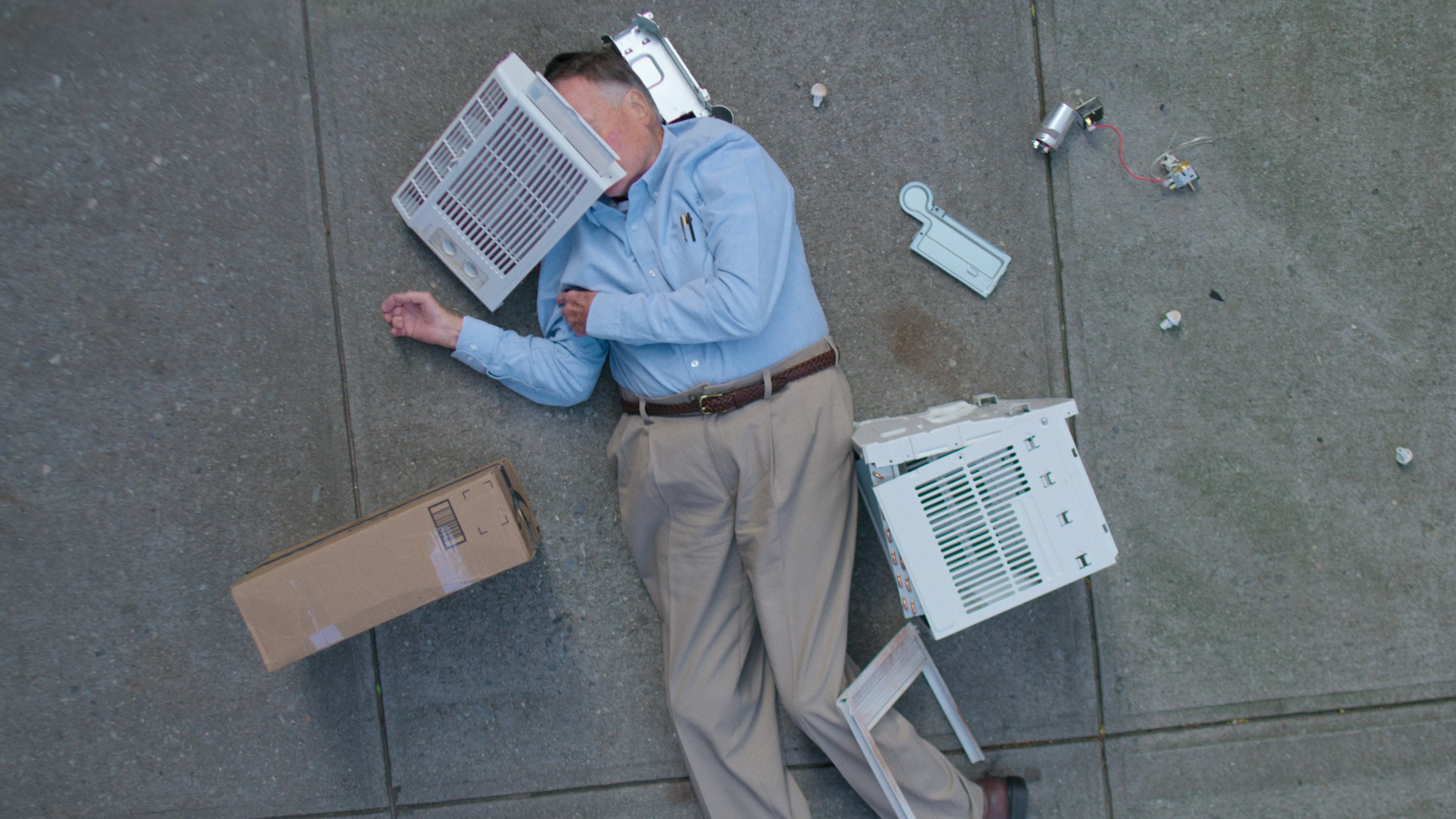 In one scene, an air conditioner falls from high above on top over her father, crushing him. In another he takes an awful tumble down a flight of stairs, ending up in a twisted heap. Dick Johnson, a man with a genial disposition, takes part in this filmic experiment with endearing enthusiasm.

“I think cinema is play. And my father is ‘game,’ he’s game to participate in this,” Johnson comments. “He thought the idea was hilarious and it was like, ‘Okay, we’re doing this.’”

Before encroaching dementia prompted his retirement, Dick Johnson worked for decades as a psychiatrist. Perhaps appropriately, the subconscious mind informed the documentary from the start.

“I had this crazy dream where there was this casket and a man sat up—it wasn’t my dad—he said, ‘I’m Dick Johnson and I’m not dead yet,’” the director recalls. “I probably did unconsciously understand that the dementia had begun. I wasn’t consciously aware of it at that moment, but I think in the way that dreams and brains try to tell you things, now when I think about it, it was an unrecognizable man who was my father, which is sort of what the dementia would do. I think in some ways that dream was like, ‘Wake up! Your dad is changing.’”

Johnson had previously gone through the agonizing experience of losing her mother to Alzheimer’s. 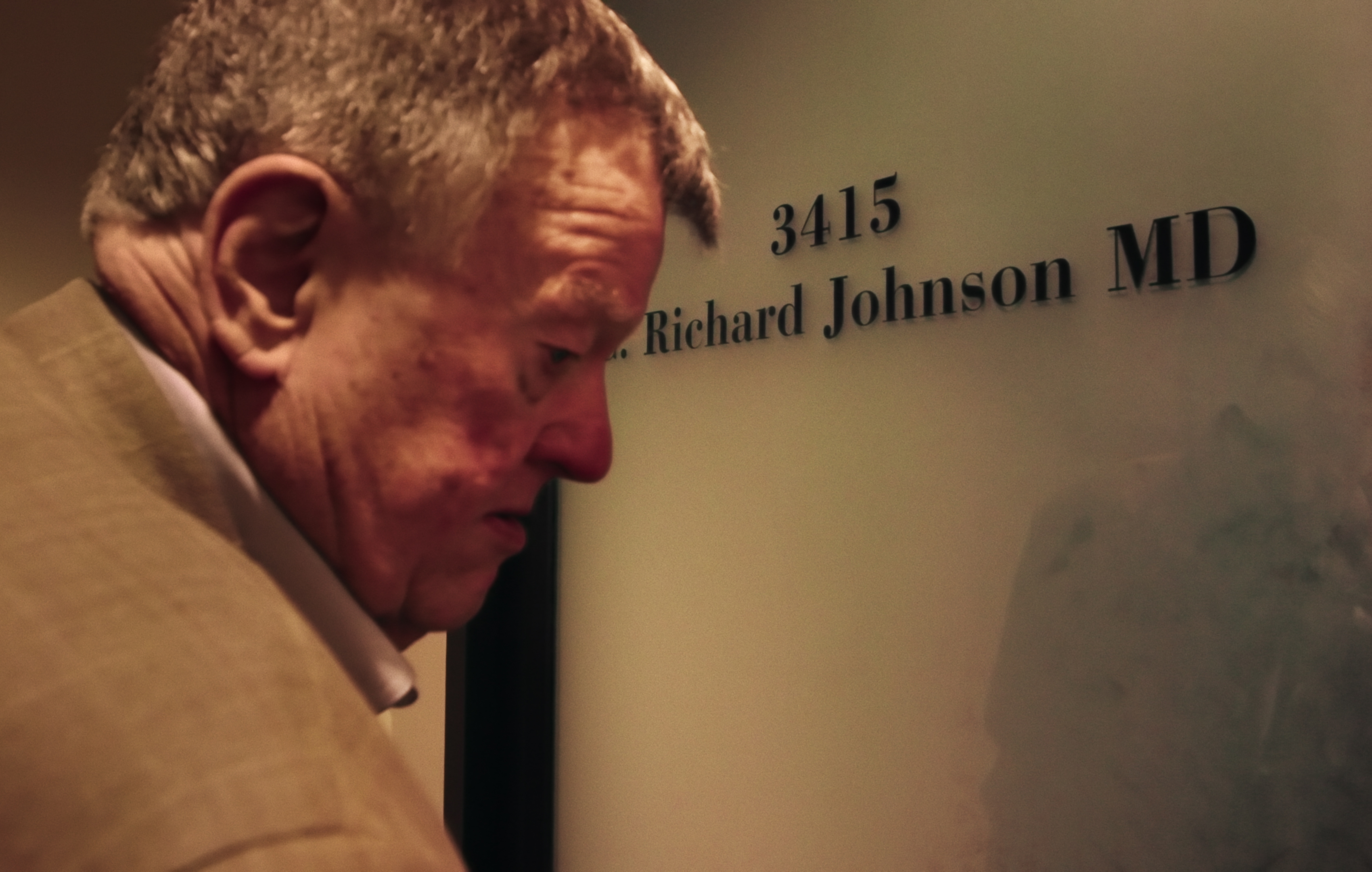 “Honestly, I was like so mad to have had my mom already have it. I was like, ‘Are you kidding me?’ I was sort of enraged at the idea of having to face it again,” she confesses. “It just felt like, ‘Let me come up with another plan, another idea, another way,’ this Holy Grail of, ‘Could this be a funny movie? Please?’ We had some fun doing it and we had some tears doing it.”

The Netflix film, a strong contender for an Oscar nomination, premiered last January at the Sundance Film Festival, where it won a special jury award for Innovation in Nonfiction Storytelling. It’s gone on to win multiple honors, including Best Documentary at the Critics’ Choice Documentary Awards, as well as best writing for Johnson and Nels Bangerter and best editing for Bangerter at the IDA Documentary Awards. Dick Johnson Is Dead was named one of the top five documentaries of the year by the National Board of Review and has earned a Producers Guild Award nomination.

On paper, the concept of the film might strike some as morbid. But audiences have responded emotionally to the film’s whimsical and yet somehow frank way of confronting the prospect of a loved one’s demise. 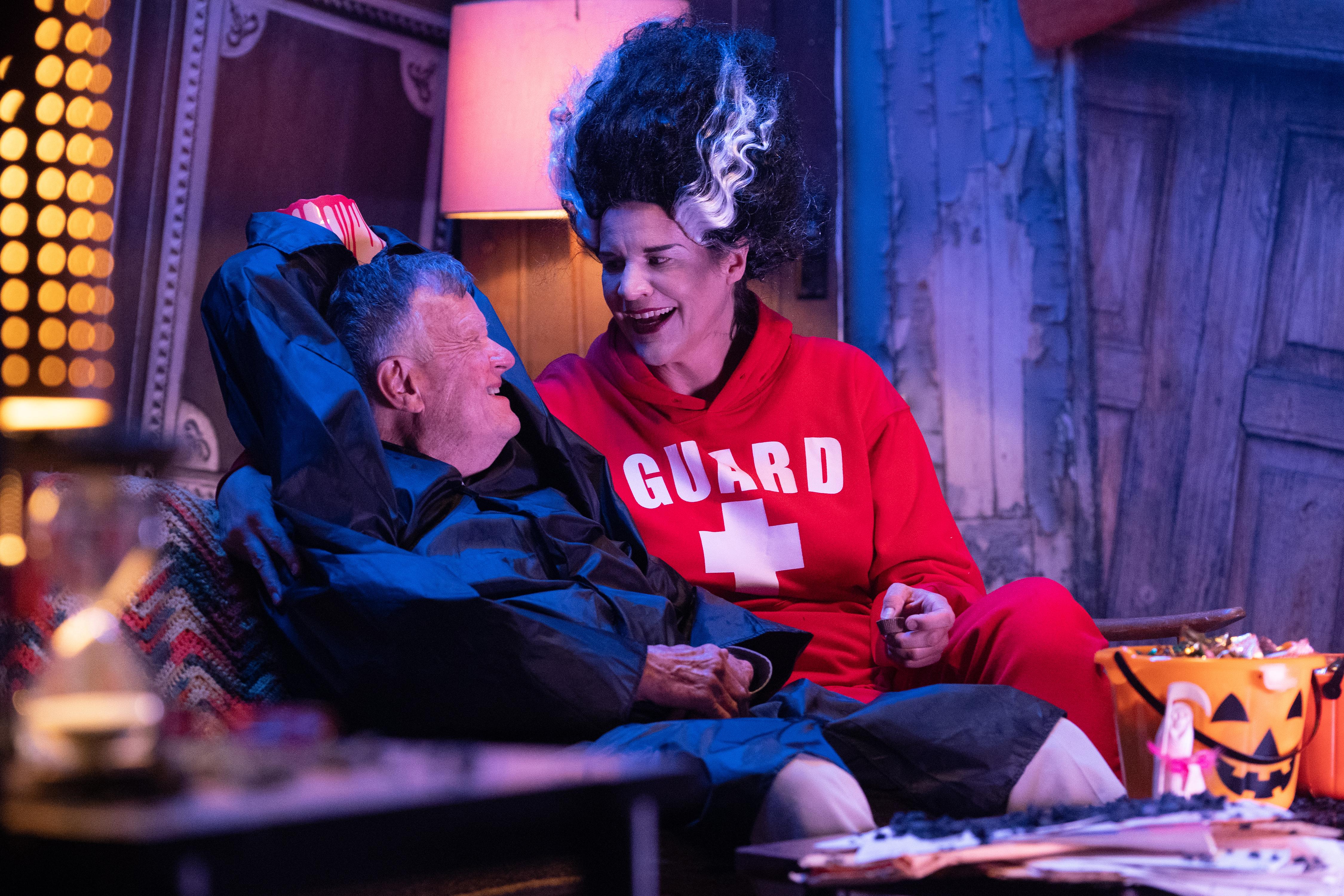 “From my point of view, facing pain—when you can do it with people you love and with the capacity to attempt to build something new out of it, whether it’s a new relationship or whether it is transformed into some form of art—I think that that is the only hope we have,” Johnson observes. “That, in some ways, is how we have survived as people—we sort of offer back out to each other these forms or witness.”

Dick Johnson Is Dead resonates forcefully in a time when Covid-19 has claimed so many lives.

That’s particularly difficult to contemplate in Johnson’s case, having a father who’s meant everything to her.

“He has treasured me for the person that I am and allowed me to be sort of as big as I wanted to be…He saw me. I think so many of us struggle with not being seen or not being allowed,” Johnson tells Deadline. “That’s who he is and who he was. Even in the advanced dementia now he’ll call me and say, ‘I just want to make sure you know I love you.’”