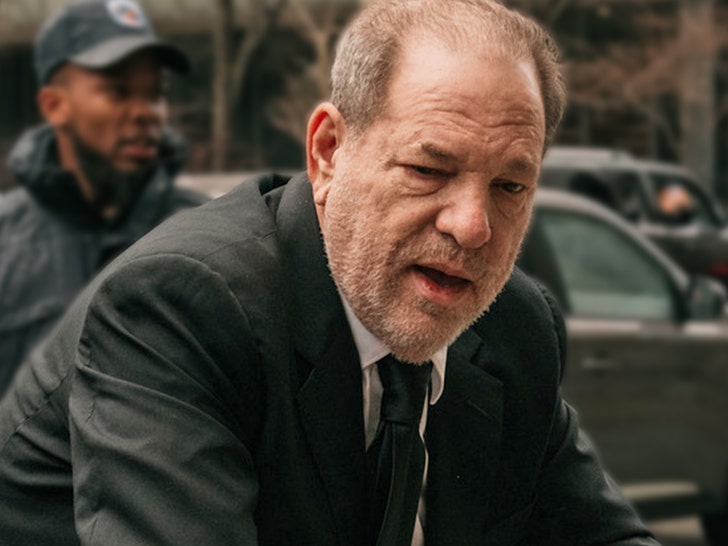 Harvey Weinstein coerced an actress into having sex with him by dangling a role in a film, then threatened to ruin her career if she didn’t give in … this according to a new lawsuit.

The disgraced movie mogul is being sued for sexual assault and battery by a Jane Doe, according to new legal docs obtained by TMZ.

According to the suit, the woman met Weinstein at an event in Los Angeles back in 2014, and he told her “I run Hollywood,” before suggesting they should meet-up later.

In the docs, the woman claims she went to meet Weinstein in the lobby of the Peninsula Hotel in Beverly Hills, but he didn’t come down, and he told her to come up to his room.

In the suit, the woman claims Weinstein answered the door wearing a bathrobe without a belt, and told her she was perfect for a few of his projects. And, that he was the “King of Hollywood” and she should be smart about behaving and being nice to the right folks.

The woman claims Weinstein excused himself to use the bathroom, and when she heard the shower running, she left the hotel room. She claims he had someone send her a script for a movie, then demanded she meet him again at the Peninsula, and that’s when things got sexual.

In the docs, the woman says when she went back to Weinstein’s room for what she thought was a business meeting, he was again wearing his bathrobe and threatened to blacklist her from Hollywood. She says she felt she had no choice but to let Weinstein have his way with her, and they had sex while he demanded she call him “King.”

After the alleged encounter, the woman says she fell into a state of shock, became depressed, had a mental breakdown and became distressed to the point she started losing hair.

The woman is going after Weinstein for damages.

Weinstein’s spokesperson, Juda Engelmayer, tells TMZ …”We are reviewing the allegations and will reserve further comment until we learn more.”

As you know … Weinstein was jailed on Rikers Island after being sentenced to 23 years for his rape and assault cases.