Need an update on Halsey and Evan Peter’s relationship happenings? Of course you do! As adorable as Halsey and Evan are together, there’s hardly any news about what they’re up to nowadays, so lemme break it down for ya. Halsey and Evan recently went Instagram Official, moved in together, and spent this past Valentine’s Day vacationing together in Switzerland—all in just five months of dating! So it really comes as no surprise that Halsey’s already met Evan’s close friends…but like, not in the way you think.

Halsey and Evan made their relationship red carpet official around Halloween when they dressed up as Sunni and Cher for American Horror Story‘s 100th episode celebration, which you can see below: 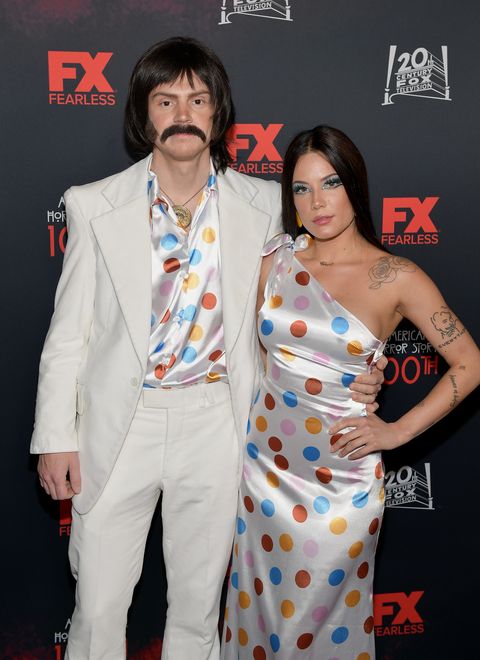 Later that day, Halsey and Evan went to a Halloween party and dressed up as Marilyn Manson and a member of the Insane Clown Poss,e respectively. Hilariously enough, this is where Halsey met Evan’s friends for the first time.

“I went out with my boyfriend, we had just started seeing each other and I met all of his friends for the first time dressed like that,” Halsey she said on a recent episode of Hot Ones. “He was a good sport about it, he was like, ‘This is my girlfriend.’ He was, like, super proud. But I also forgot I looked like that and was talking to people and they were like, ‘Hey …’ That was a good one.” Classic.

The good news here is that Evan’s friends probably couldn’t have given less of a damn about Halsey being dressed up as Marilyn. According to an Us Weekly source, Halsey and Evan are “both weird in the same ways” and all of “Evan’s friends think they’re the perfect duo.” We love to see it!