Halle Berry says that her boyfriend Van Hunt can vouch for how good she is in bed, after LisaRaye McCoy questioned the stunning actress’ sexual abilities.

On Nov. 25, Halle retweeted an article from hotnewhiphop.com titled, “LisaRaye McCoy Suggests Halle Berry Is Bad In Bed: “That’s What I Heard.” Then above it the John Wick: Chapter 3 actress wrote, “Ms. @TheRealLRaye1, ask my man @vanhunt he’ll tell ya all y’all need ta know.” Halle revealed to the world via a Sept. 17 Instagram post that she is dating the 50-year-old R&B singer/songwriter/instrumentalist. 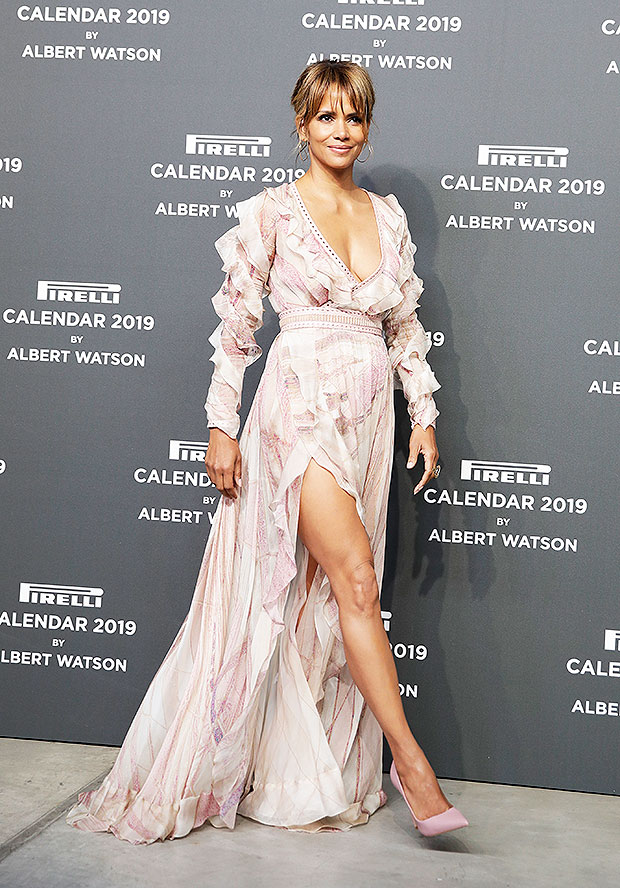 The whole crazy conversation started during Cocktails with Queens where the ladies talked about how producer Hitmaka dished about the women he slept with on a recent Drink Champs episode, detailing his bedroom exploits with singer Teairra Mari and actress Naturi Naughton. The ladies then went on to discuss other celebrities who they thought might be amazing lovers.

Panelist Syleena Johnson claimed, “I can’t imagine Toni Braxton not being able to put it down with the amount of love songs this girl got.” LisaRaye then said “All [words] and no action!” as the women talked over one another. Co-host Claudia Jordan told LisaRaye to explain her comment, asking “What you mean about Halle Berry? She’s not supposed to be good in bed?” That’s when LisaRaye claimed, “That’s what they said. That’s what I read. That’s what I’ve heard. That’s what they say.” But she never mentioned who “they” were.

So far LisaRaye hasn’t responded back to Halle’s challenge to ask Van about their sex life. But many of the Die Another Day star’s fans said that she didn’t need to respond to the absurd claim. User @michellechel told her, @halleberry, my dearest, you don’t know me from Adam, but I promise you, you don’t even need to dignify this with a response. But also, go AWF!!!” while @callmemr_sunset asked Halle, “Can you imagine with all that’s going on in this world some dumbazz has gotta talk crap about you??? Stay beautiful, stay classy, and keep laughing at the haters!!!,” while adding, “PS If things don’t work out with Mr. Hunt please contact me!” That’s got to make Halle feel great!