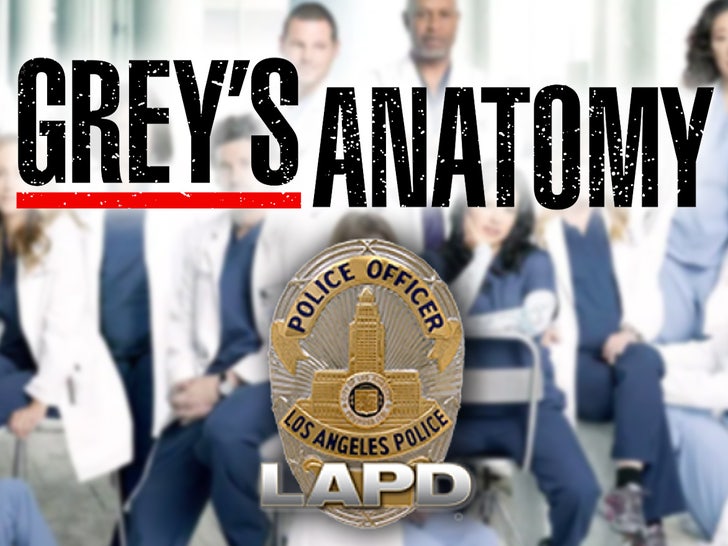 A driver for “Grey’s Anatomy” is accusing LAPD of racial profiling after officers pulled him over at gunpoint and arrested him in front of the cast and crew … only to discover they had the wrong guy.

Ernest Simon Jr., who is Black, says he’d just dropped off crew members near a Tarzana, CA set in March 2021 when he got pulled over. In a lawsuit filed Thursday, he says officers told him an automated license plate reader linked his vehicle to a stolen BMW sedan, which was pretty shocking to Ernest … because, at the time, he was driving a Ford van rented by Disney.

Ernest says the parking lot attendant where he’d pulled over told the cops Ernest was part of the ‘Grey’s’ crew … still, with guns drawn, they made him lie face down on the asphalt, and even called for backup. In the suit, obtained by TMZ, he says no fewer than 7 cop cars raced to the scene … and he claims they also called for helicopter support.

Other crew members recognized what was happening, and Ernest says they tried explaining to cops they had the wrong guy — but in docs, he says cops only yelled at them “Get out of the line of fire.” He says that, combined with the fact he was Black, had him terrified he was about to get shot.

Now handcuffed, while still lying on the ground … Ernest claims the crazy scenn went on for about 30 minutes. According to his lawsuit, it only ended when a white male co-worker reiterated to officers they had the wrong guy — which is the same story he claims a Black male co-worker had already told cops, but to no avail.

At that point, cops took off the cuffs and released Ernest, but he doesn’t think it’s coincidence this happened in Tarzana — an L.A. suburb, where he points out the population is 70.7 percent white, and only 3.6 percent Black.

He’s now suing LAPD and the city of Los Angeles for $20 million, claiming they racially profiled him, violated his 4th Amendment rights and used excessive force.