Kate Garraway delighted fans on ITV’s Good Morning Britain as fans gushed over her appearance on Friday’s edition of the programme. The presenter was likened to royalty as she donned very stylish attire, just hours before she was forced to hit back at a social media user who branded her “dreadful”.

Taking to the micro-blogging site on September 15, a Twitter user took a swipe at the broadcaster ahead of her appearance on GMB.

@snappingsand tweeted: “Now is not the time for the dreadful @kategarraway to be fronting #gmb What are you thinking?”

Kate, 55, took the opportunity to shut down the social media critic as she referred to the person in question’s social media handle. 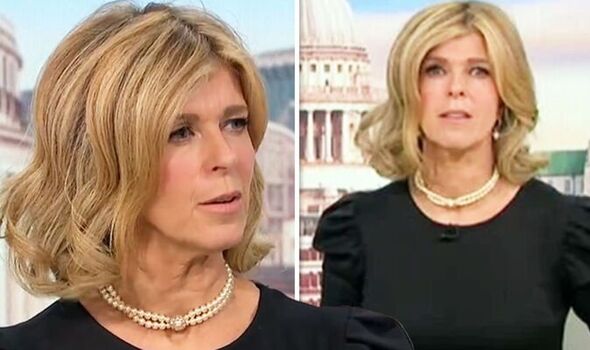 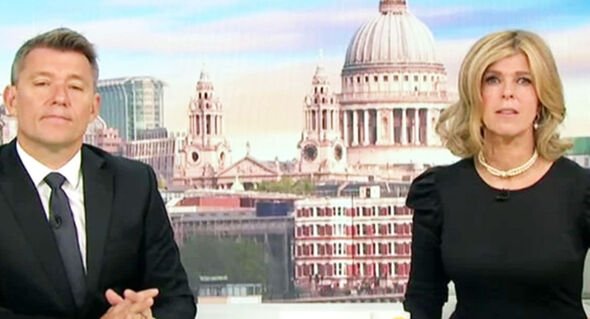 Meanwhile, during today’s show, fans gushed over Kate’s appearance as the broadcaster looked chic in all black attire.

The journalist was presenting the latest instalment of the ITV news programme with Ben Shephard who was wearing a black suit and tie.

They were hosting a special segment focused on King Charles III’s visit to Wales following his mother’s death.

The mum-of-two wore a stylish black dress that featured puffy sleeves as she added a pearl necklace to accessorise her look. 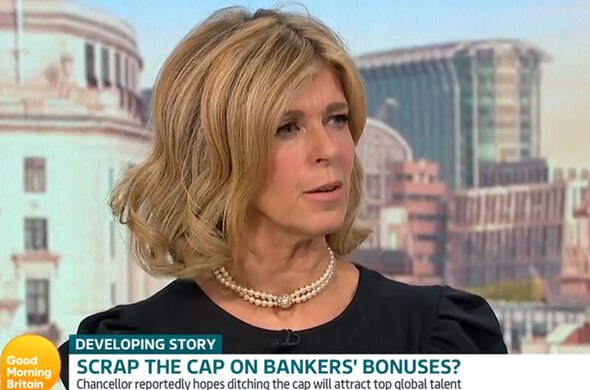 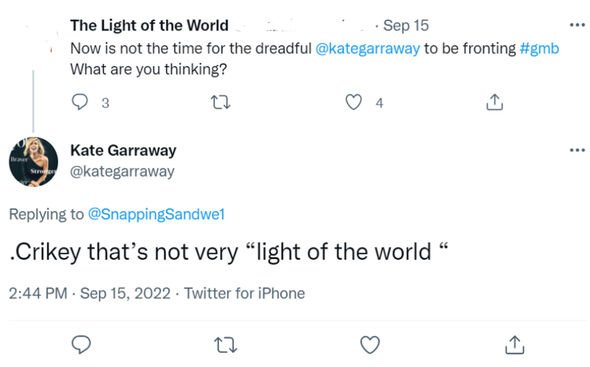 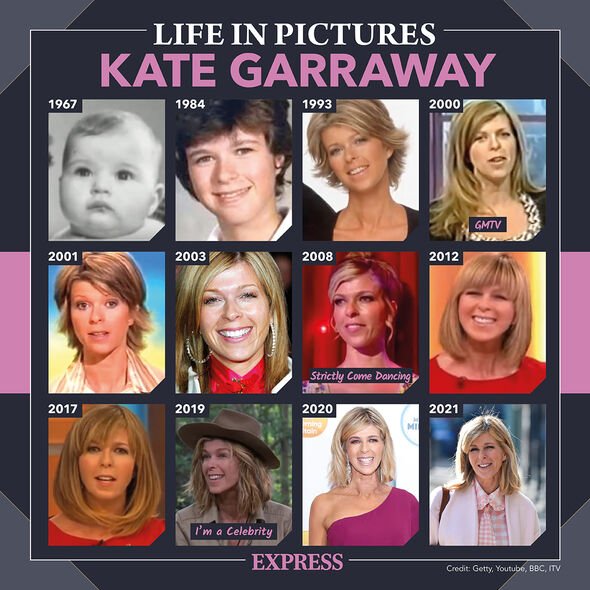 Kate wore her tresses in her signature style as her hair cascaded down her shoulders in loose waves.

@Lau_storm commented: “Your hair looks amazing this morning Kate. There is some love and light.”

Twitter user, @DavidGadsby quizzed: “@kategarraway have you been dressed by Camilla this morning?”

It follows the ITV announcement that major changes would be made to the daytime schedule following the death of Queen Elizabeth II last Thursday.

Kate was recently praised by viewers as she fronted GMB’s first-ever Sunday edition on September 11.

The popular presenter fronted the ITV breakfast show solo, as the news show aired to cover the Queen beginning her final journey.

One tweeted: “A true pro our Kate still with all her problems she delivered fantastic journalism. well done & thank you.”

A second said they had switched channels just for Kate, commenting: “Chose Kate Garraway for Her Majesty’s final journey coverage. I feel like I’ve done the right thing. BBC is the norm, but I don’t feel I’ve don’t wrong choosing Kate.”