Gigi Hadid has revealed the name of her baby girl with Zayn Malik! The model gave birth to her first child on Sept. 23, 2020.

Gigi Hadid and Zayn Malik welcomed their first child together back in September and now we know the baby girl’s name: Khai! The Maybelline model finally revealed the name by changing her Instagram bio on Thursday, Jan. 21. “Khai’s mom,” the first line of her bio now reads, along with mentioning she’s signed to IMG Worldwide and a plug for her photography account Gisposable. The confirmation comes amidst speculation around Zayn’s new Arabic tattoo that fans believe translates to the name “Khai.”

The announcement comes four months after the proud parents first revealed they had welcomed their daughter into the world. The former One Direction hitmaker was the first to break the news on September 23, sharing a black and white image of the newborn clutching onto her father’s finger.  “Our baby girl is here, healthy & beautiful…to try put into words how i am feeling right now would be an impossible task. The love i feel for this tiny human is beyond my understanding. Grateful to know her, proud to call her mine, & thankful for the life we will have together x,” he gushed. 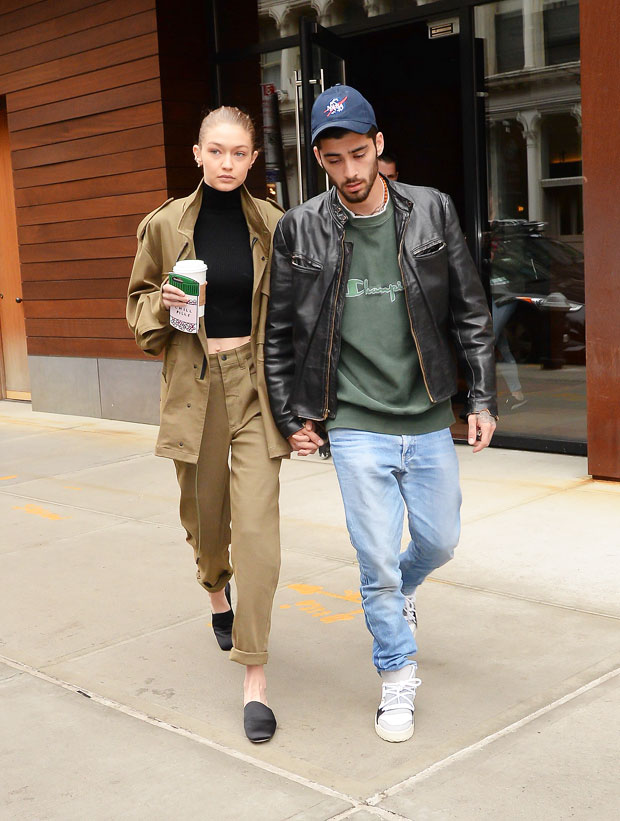 Gigi also shared the happy news on her Instagram, posting a similar pic which showed Zayn’s hand beside their daughter’s. “Our girl joined us earth-side this weekend and she’s already changed our world. So in love,” the supermodel wrote. Friends and fans were quick to jump into the comments with congratulatory messages. Hailey Baldwin wrote, “Welcome babygirl! So happy for you guys,” while fellow model Olivia Culpo commented, “Ahhhh!!!! HUGE congrats!!!!! I can’t wait to meet this angel.” Even the official Instagram account commented on her announcement post — one thing is for certain, this baby will be very loved.

Gigi was able to hide her growing baby bump for months while she was quarantined with her family at their estate in rural Pennsylvania. At times, she felt comfortable showing off her changing body with fans on social media, after news of the pregnancy broke in April. “Obviously, we wished we could have announced it on our own terms, but we’re very excited and happy and grateful for everyone’s well-wishes and support,” Gigi revealed on the April 30 episode of The Tonight Show Starring Jimmy Fallon.