They’ll be there for you — even if you’re an Olympic athlete. Runner Rai Benjamin revealed to Us Weekly that Friends reruns helped him calm his nerves before big races in college, and he still needs to relax with funny videos before important competitions, including the Tokyo Olympics, where he’ll compete for the first time this summer.

Olympic Athletes: Where Are They Now?

With 10 seasons and 236 episodes, there was plenty of calming content for the track and field star. However, when Monica, Chandler, Ross, Joey, Rachel and Phoebe weren’t available, particularly when Benjamin went overseas for professional competitions, the New York native turned to streaming videos. 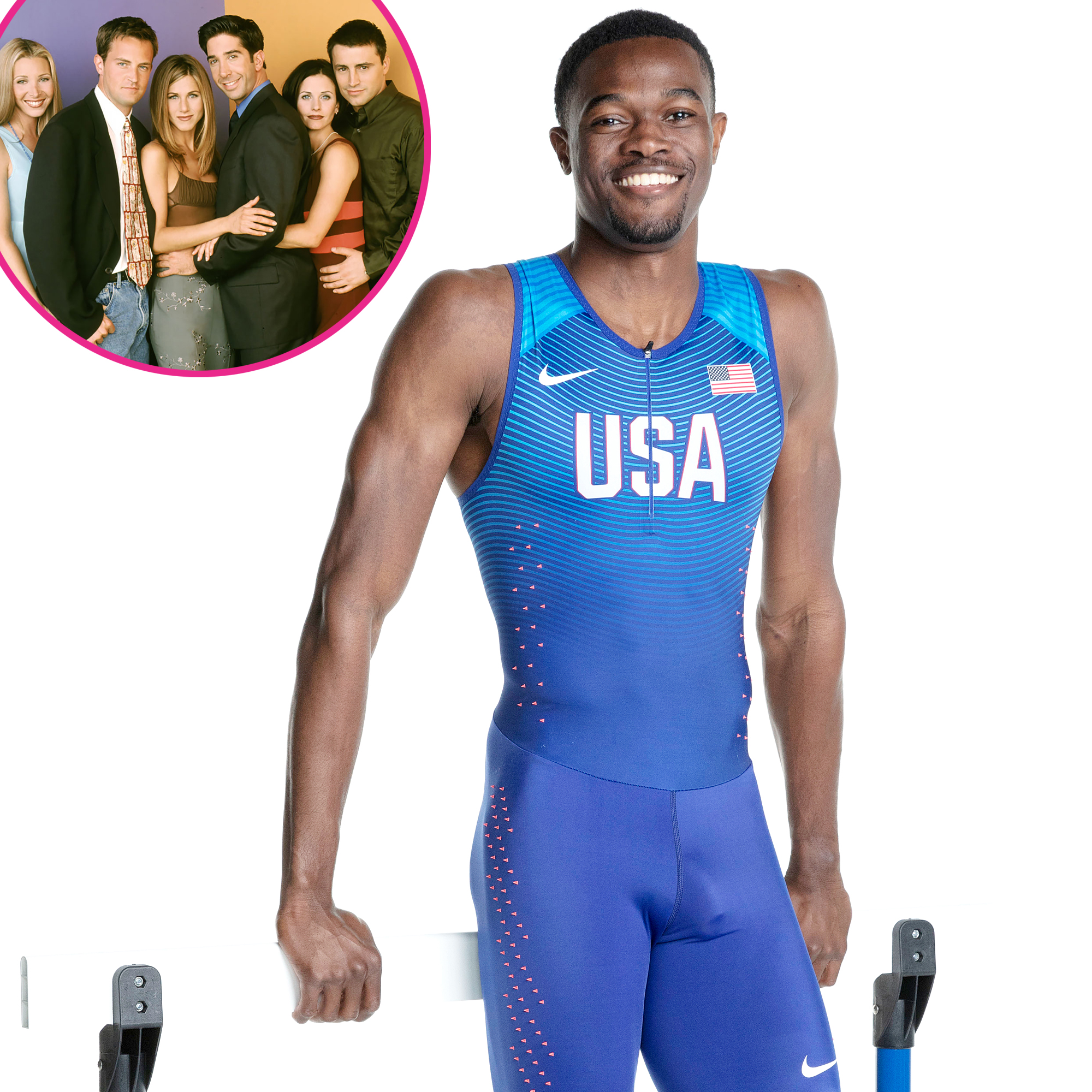 “I’ll just watch random YouTube videos,” the Olympic athlete explained. “I’d watch videos about cars. I don’t know if you know who the Nelk Boys are … They’re, like, pranksters on YouTube. I watch a bunch of stuff, like, even cooking videos as well. I’ll just watch anything on YouTube before my race. And then after that, it’s like, no, you have to actually think about it.”

Some sports fans may think Benjamin’s pre-run ritual is very chill — especially for the third fastest man in the world in the 400m hurdles — but that’s the point. The Olympian says he can’t get himself too amped up before the meet because he’ll lose energy too early.

“I usually like [listening to] calm music. I can’t listen to, like, anything too rough or anything too hype because my adrenaline goes through the roof. And I’ve crashed mid meet before, and it’s not fun,” he added.

When and Where to Watch the Tokyo Olympics

The 2019 World Championships silver medalist continued, “So I usually listened to Hans Zimmer. I’d listen to some of his movie scores. Listen to [rapper] Mac Miller. You know, anything just to like really calm my nerves,” he explained.

Another favorite, even when he isn’t prepping for a big competition, is recipe videos. Cooking became a passion for Benjamin after he graduated from the University of Southern California (where he majored in political science).

“You just got to cook and I like it a lot. I think it’s really cool,” the hurdler explained. “I’ll, like, watch Bon Appétit videos on YouTube and then [get] inspired and then I’d even go online and look at a bunch of their recipes. … It’s like, boom, find the recipe, run to Whole Foods, grab whatever, come home.”

Chicken parmesan is a crowd-pleaser, the amateur chef says, and carbonara can be a popular meal too. “You can’t go wrong with pasta or salmon and mashed potatoes,” he added.

Watch Us Weekly‘s exclusive video above to learn more about Benjamin ahead of the Tokyo Olympics.