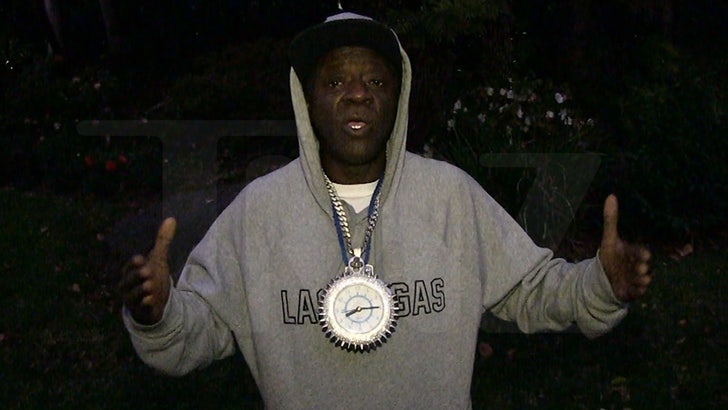 Flavor Flav says his life flashed before his eyes last week when a giant boulder nearly crushed him to death on the road — and his takeaway is … be grateful for every day.

The Public Enemy gave us the blow-by-blow of the freaky accident from Tuesday when he was driving from Vegas to L.A., and had to cross the treacherous La Tuna Canyon … which was pouring down rocks and debris on account of the bad weather.

Watch how FF explains the moment a 6-foot boulder graced the front of his car … it sounds like the thing was just inches away from taking both him and the vehicle down below.

Flav tells us he’s just thankful he survived the ordeal, and he’s taking stock on the things that are important in life … explaining folks should treat each day like it’s their last, and tell loved ones how they feel while they’re still here.

He also has some suggestions on how to avoid this type of wreck in the future for other drivers, and the first thing he wants … some freakin’ signs out there to warn people, but more importantly — something to catch the rocks from sliding down.

Flav also gets into what the experience has done for him spiritually — and what may come next after having gone through such a traumatic event. Surprise … maybe some new tunes!