New parents Emma Stone and Dave McCary have posed for a rare snap while on a date night at a baseball game, three months after welcoming their baby girl Louise.

Emma Stone, 32, and her husband Dave McCary, 35, have stepped out for a kid-free night! The new parents, who rarely pose for pics together, were all smiles while enjoying a date night on June 22 as they watched the San Diego Padres defeat the Los Angeles Dodgers 3-2. The sweet pair posed with baseball commentators Mark Grant and Don Orsillo while watching the game from a private booth. “La La Land…Naaahhhh… More like, Padre Land! Thanks to Emma Stone and her husband, David McCary, for visiting us in the booth. It was truly a pleasure! Go Padres! #bestactress,” Mark captioned a pic of himself with the couple on Twitter.

Both Emma and Dave, who is a native of San Diego, wore Padres uniforms for the outing to support his home team. Of course, it comes just three months after the Oscar winner gave birth to the couple’s first child, little Louise Jean McCary. The A-lister welcomed her first baby with her comedian husband on March 20. Although she hasn’t spoken publicly about her little bundle of joy, she has certainly been keeping busy with work!

The actress has returned to the big screen in Disney’s Cruella, and recently revealed why her character’s signature cigarette is absent from the movie. The new mom opened up in a new interview about why the prop, which was featured heavily in the original 101 Dalmatians movie, didn’t make the cut in the new live action spin-off. “That is not allowed in 2021,” Emma told The New York Times. 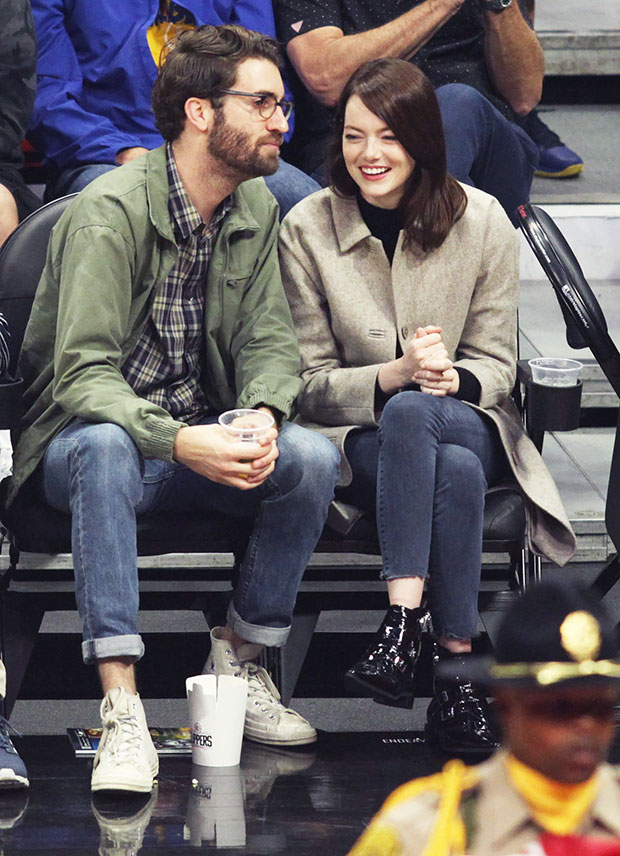 “We are not allowed to smoke onscreen in a Disney film. It was difficult to not have that cigarette holder … I was so excited to have that green plume of smoke in there, but it was not possible.” Disney first banned smoking in all of its films around 2007, and extended the rule to all Lucasfilm, Marvel, and Pixar films in 2015. Emma added, “I don’t want to promote smoking, but I’m also not trying to promote skinning puppies.”