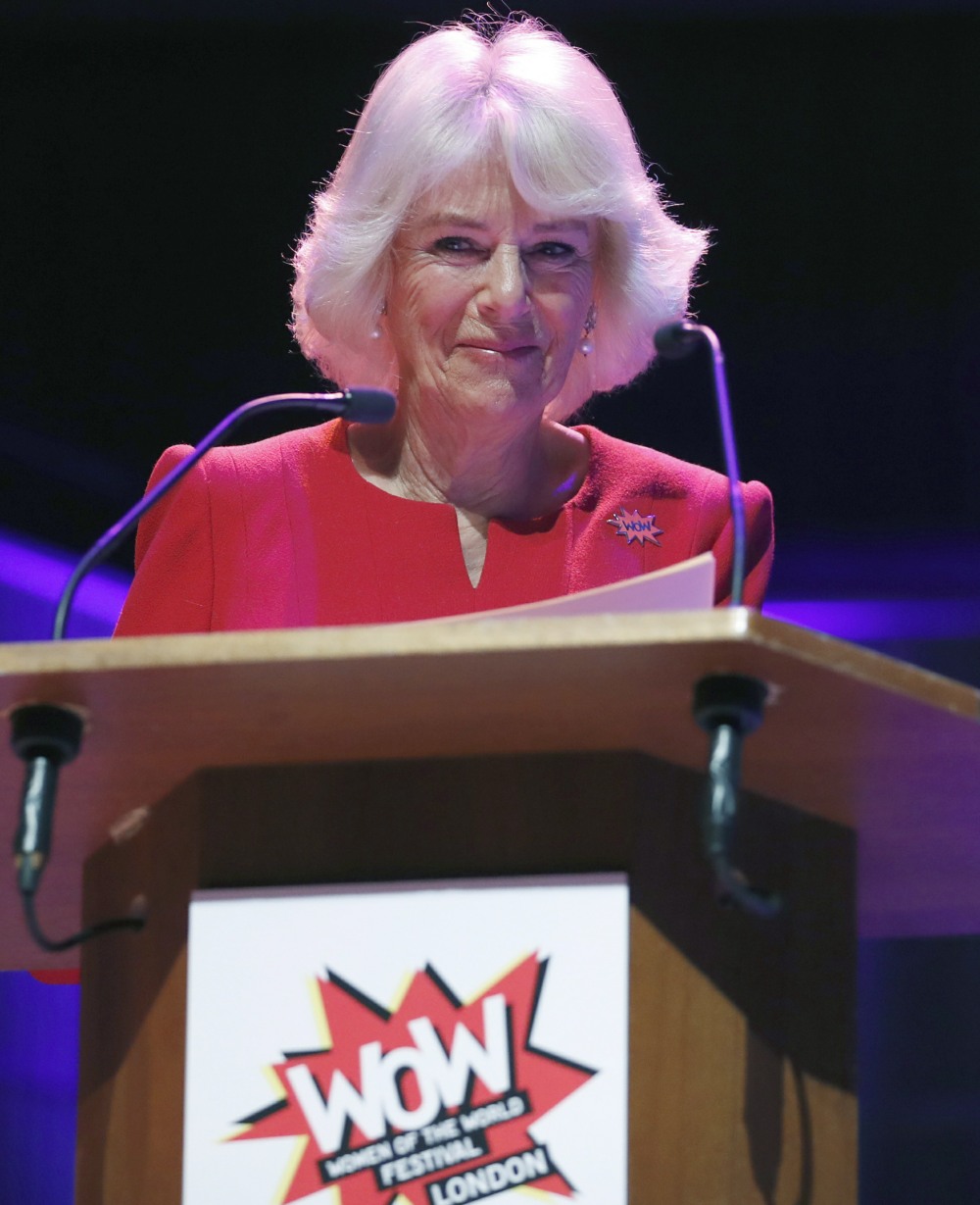 For years now, the Duchess of Cornwall has done a lot of substantive work on so-called “women’s issues” and issues involving domestic violence, rape and abuse. She legitimately cares and those are some of the most interesting charities and patronages on her plate. On Friday, Camilla delivered a speech at the opening of the Women of the World festival, and her speech was about an important subject: domestic violence. Tons of Royal Rota reporters were there and they all dutifully tweeted about the event. But… the Duke and Duchess of Sussex were in town, and Meghan posted some Instagram photos of her trip to the National Theatre, one of her patronages, around the same time as Camilla’s speech. So of course the story is about how Meghan “overshadowed” Camilla and maybe Camilla is “mad.”

The Duchess of Cornwall has been left furious after Meghan Markle broke a pledge not to overshadow her speech on domestic violence today, it has been reported. Pictures of Meghan Markle at the National Theatre were released as Camilla launched the Women of the World Festival at the Southbank Centre in London.

Buckingham Palace had urged royal correspondents to focus on the Duchess of Cornwall’s engagement on Friday which had been long-planned and came on a day when there were no other major Royal engagements. But after images of Meghan’s secret visit to the National Theatre on Thursday were released – Camilla’s speech was quickly overshadowed.

Camilla was said to be ‘very upset’ at the release of the images, insiders told the Mirror. One well-placed insider said: ‘Camilla’s work is very important to her and her decision to highlight the scourge of domestic violence at the 10th ­anniversary of Women of the World was a carefully thought-out plan. Of course it was known Harry and Meghan would be doing engagements this week, some privately, but everyone was in agreement that Camilla’s speech should take p­recedence. ­Unfortunately some people had other ideas.’

The move sparked anger within the palace after Meghan ‘refused to listen’ to the pleas of staff and not issue the images. A Buckingham Palace email to new organisations had said: ‘Please note that media arrangements have been designed ­specifically with a view to allowing royal correspondents to focus on the Duchess of Cornwall’s engagement on Friday.’

Well, it’s a good thing that Meghan and Harry are leaving then, right? No more overshadowing the (white) duchesses. It’s so weird how Meghan and Harry were expected to never, ever overshadow anyone in the family, yet the family continued to try to overshadow the Sussexes during so many of Harry and Meghan’s events. From William and Kate’s sudden, unannounced “events” happening at the exact same time, to curiously timed announcements to Kate doing a suspicious pap stroll… but hey, don’t let me stop the British papers from clutching their pearls about Mean Meghan hogging all of the attention. WITH ONE IG POST. That’s all it took!!

For what it’s worth, I think Camilla’s speech was important too. I also think that I wouldn’t have written about it – nor would many bloggers and reporters – without the “Meghan overshadowing Camilla!” angle. Funny how that works. In any case, this dusty family only has to worry about being overshadowed for a few more hours, really. I mean, that’s if you honestly believe that these petty a–holes won’t also cry and whine about being overshadowed by Harry and Meghan when they’re off on their own, being amazing. 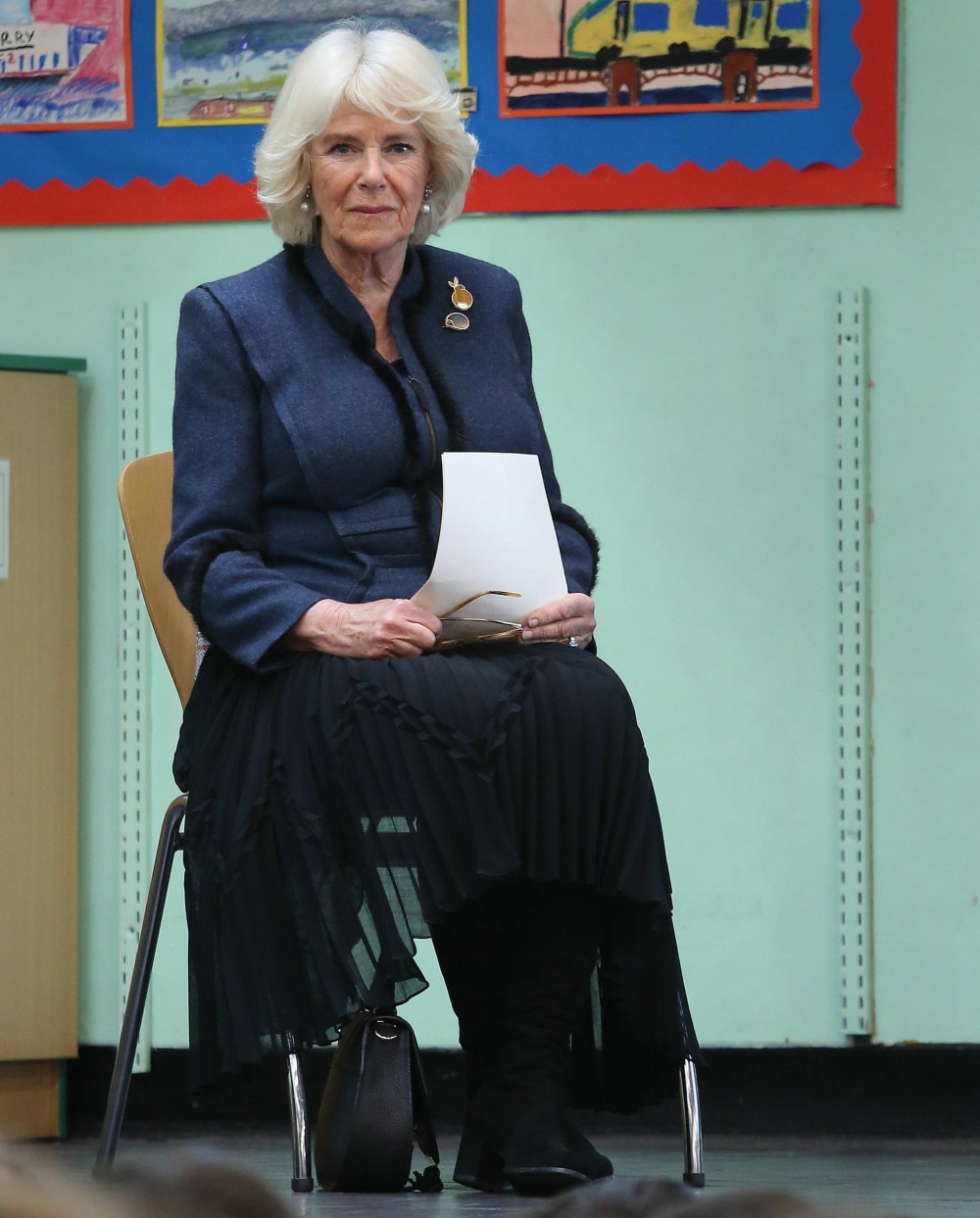 Yesterday, The Duchess of Sussex, Royal patron of the National Theatre, visited the Immersive Storytelling Studio in London, where emerging technology like Virtual Reality is being used to develop new forms of emotive storytelling. Recently, The Duke and Duchess of Sussex also visited Stanford University where part of their learning journey included a virtual reality presentation that allows the user to experience life through another person’s point of view. The goal of this method of virtual reality is to enable us to better connect and empathise with each other as people, regardless of race, age or nationality. The Duchess is pictured here with Nubiya Brandon and her hologram, featured in the National’s exhibition ‘All Kinds of Limbo’, which is currently being presented at the Tate Modern. Photo © The Duke and Duchess of Sussex / Chris Allerton