Home » Celebrities » Drake & Michael B. Jordan Reunite At A Basketball Game After Grabbing Dinner Together

The best bromance in basketball is back on! Nearly a month after Drake and Michael B. Jordan hung out at a Lakers game, the two reunited to watch LeBron James’ son, Bronny, in action.

Are Drake and Michael B. Jordan going to be the new Bill Murray, in that you never know where they’re going to show up next? Weeks after Drake, 34, and Michael, 34, sat courtside at an NBA playoff game, the two were spotted taking in a Sierra Canyon Varsity basketball game on Thursday (June 17) in Chatsworth, California. The two weren’t just there because they had nothing to do – they were on hand to support Bronny James, the 16-year-old son of their mutual friend, LeBron James – as he and the Sierra Canyon Trailblazers took on the Etiwanda Eagles in a regional semi-final game. 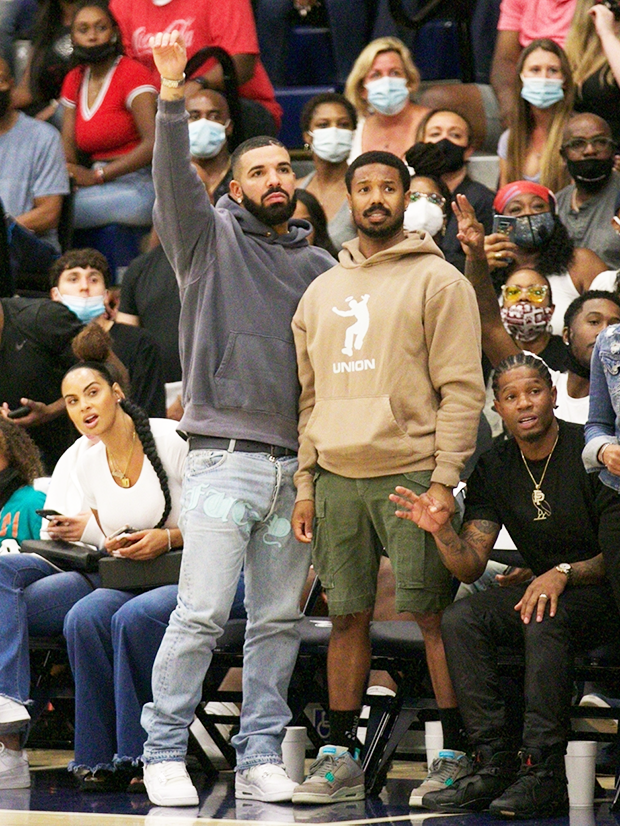 Unfortunately, it was a valiant but unsuccessful effort. The Trailblazers lost, 82-76, bringing their season to a close. This wasn’t the first time that Drake took in a Sierra Canyon game. On June 11, the “God’s Plan” rapper, JR Smith, and Jared Dudley all showed up to watch LeBron’s son play, per TMZ. This was Bronny’s first game of the season after missing it with a torn meniscus. Apparently, Drake had so much fun, he decided to bring his basketball BFF, Michael B. Jordan, to Thursday’s game.

The world got its first glimpse of this bromance in May. First, Michael B. and Drake had dinner together on May 15. Then, a few days later, they reunited to watch LeBron, 36, and the Los Angeles Lakers take on the Golden State Warriors in a play-in game for the NBA Playoffs. The two sat courtside for the game and freaked out when LeBron nailed the game-winning 3-pointer, securing the Lakers a spot in the playoffs. Unfortunately for the Lakers Nation, the team’s run didn’t last long. The Phoenix Suns eliminated the Lakers, 4-2, in the first round. With LeBron gone, it seems that Drake and Michael B. moved on to rooting for the younger James (and not for the LA Clippers.) 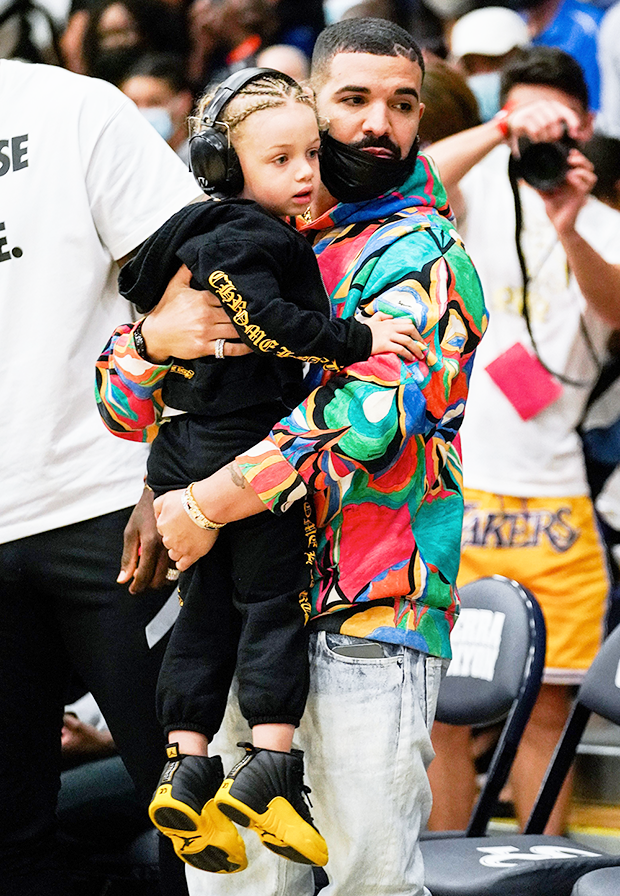 Less than a week after the Black Panther star hung out with Drake, Michael B. and Lori Harvey were spotted holding hands as they left Drake’s Billboard Music Awards after-party. Drake was named the Artist of the Decade at the 2021 BBMAs and threw an elaborate bash to celebrate. When the party was winding down, Michael – dressed in a sleek black ensemble – and Lori, wearing a floral print top and animal print pants – made their way to the exit while clutching each other’s hands.