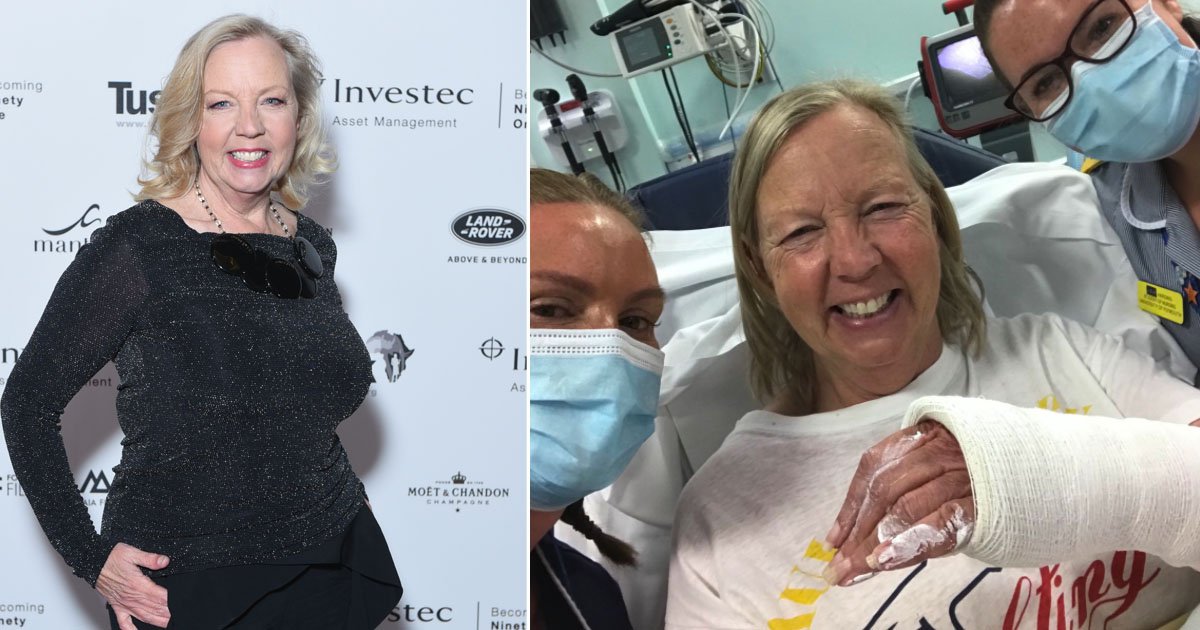 Dragons’ Den star Deborah Meaden sparked concern after she was taken to hospital with a fractured wrist.

The businesswoman, 62, heaped praise on ‘blooming brilliant’ NHS staff as she opened up about her injury.

Taking to Twitter, she posted a photo from her hospital bed, smiling widely as she showed off her plaster casts.

‘I know you know but our #NHS is blooming brilliant. Went in fractured wrist,’ she wrote to fans.

‘Several x rays, manipulation under painkillers with reassuring voice in my ear and I leave with plastercast and wrist on the mend.

Theo Paphitis replied: ‘Oh no – wishing you a speedy recovery Deborah! You look like you’re in safe hands x.’

‘Oh no, wishing you a rapid recovery, Deborah xx,’ a follower penned.

As another fan added: ‘Oh no Deborah, wishing you a speedy recovery, glad you’ve been looked after.’

It was recently announced that Deborah and co would be joined by a newcomer on the BBC series, after Tej Lalvani departed the programme.

Entrepreneur Steven Bartlett made history as the youngest Dragon on the show – and revealed he had been watching the series since he was 12-years-old.

‘It’s a tremendous honour to join the Den, hopefully representing a new generation of entrepreneurs, inspiring young and specifically under-represented entrepreneurs to follow in my footsteps,’ he said on his new role.

Dragons’ Den is available to stream on BBC iPlayer now.