‘Raise a glass at dinner today to those who are no longer with us’: Dr Alex George heads to work as he spends the first Christmas after the death of his brother Llŷr alone

Dr Alex George spent Christmas Day alone on Friday as he headed to work at the hospital.

The Love Island star, 30, who couldn’t be at home with his family due to London’s Tier 4 restrictions, said he did feel a ‘sense of purpose’ as he headed into A&E.

The day was a poignant one for Dr Alex, as it was his first Christmas without his brother Llŷr, who tragically committed suicide, aged 19 earlier this year.

Helping out: Dr Alex George spent Christmas Day alone on Friday as he headed to work a shift in the A&E department at the hospital

Ahead of his shift, Dr Alex shared a snap outside the Emergency Resuscitation Department as he sported a bright blue festive NHS jumper.

Captioning the post, Dr Alex wrote: ‘Although I can’t be at home with my family, which is tough for the first Christmas without Llŷr, I do feel a sense of purpose coming here today.

‘In many ways these guys are my family too. This year has been incredibly tough for each and every one of us. We have all had to endure so much. I want to say thank you to all of you for everything you have done. 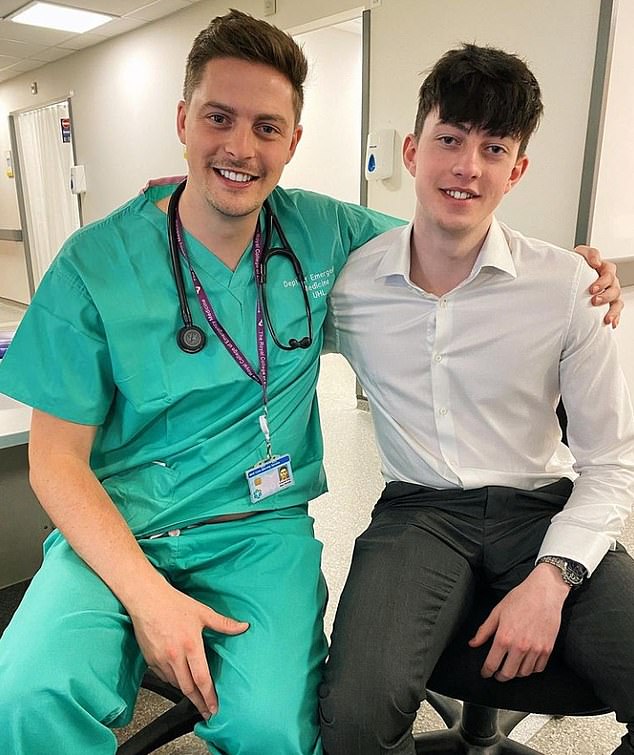 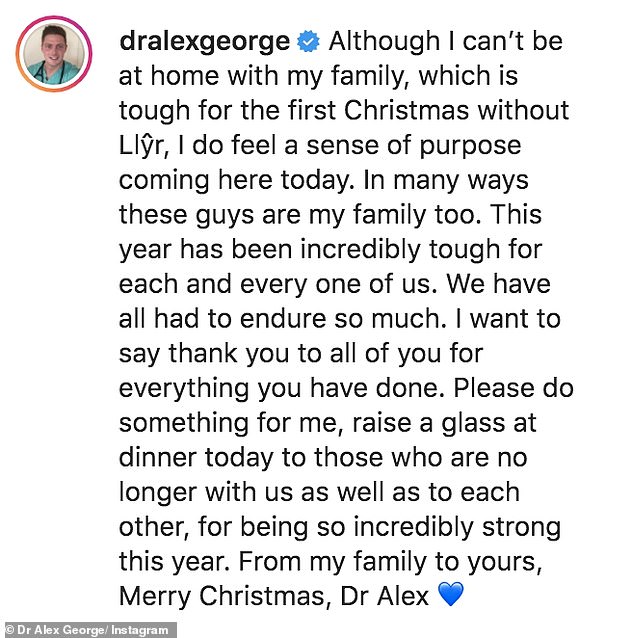 ‘Raise a glass’: Dr Alex spoke about how everyone has had a tough year, and asked them to raise a glass to those no longer with us and to each other for being ‘so incredibly strong’

‘Please do something for me, raise a glass at dinner today to those who are no longer with us as well as to each other, for being so incredibly strong this year. From my family to yours, Merry Christmas, Dr Alex.’

He added: ‘P.S. wish I could wear this jumper on shift’

Last Sunday, the inspirational medic took to Instagram to tell his followers he would not be able to see his family over the festive season.

He insisted he was keeping his chin up despite the latest blow, which tore thousands of families apart across the country this Christmas. 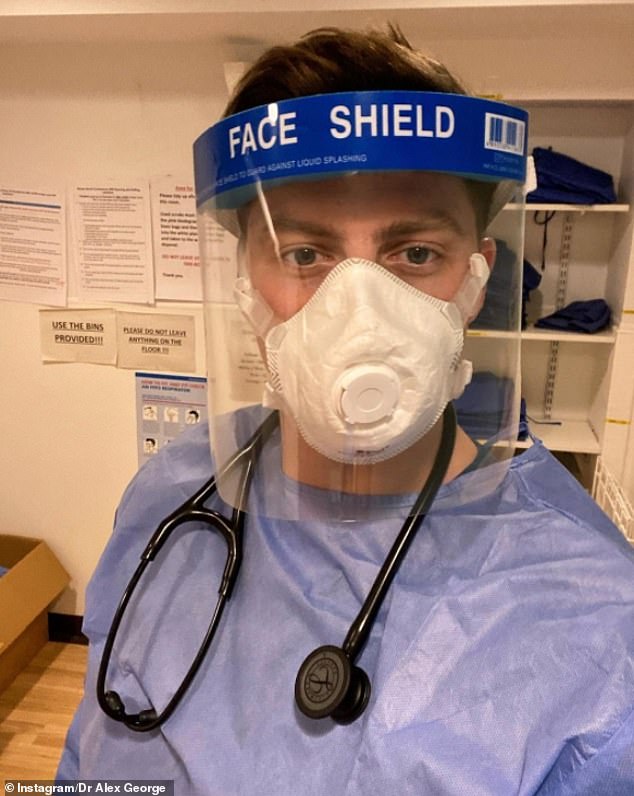 Cancelled Christmas: Last Sunday, the inspirational medic told his followers he would not be able to see his family over the festive season, alongside a picture dressed in full PPE 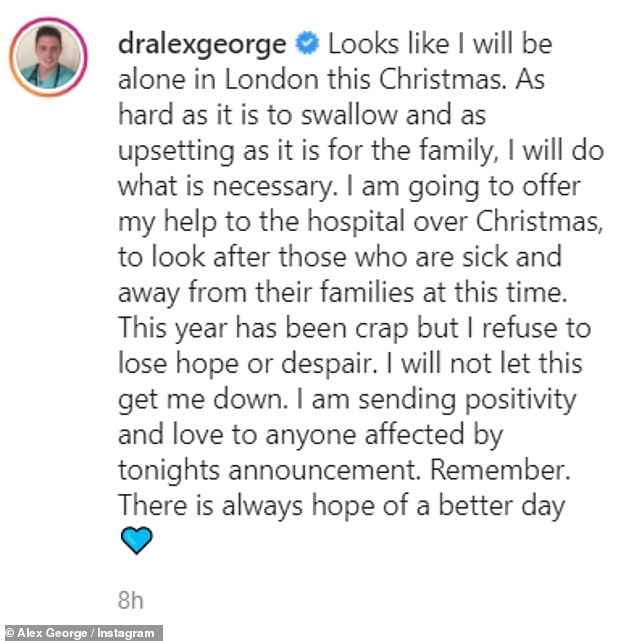 Positive attitude: The inspirational medic took to Instagram to tell his followers about this, and insist he was keeping his chin up despite the latest blow

Alongside a snap of him head-to-toe in PPE, he wrote: ‘Looks like I will be alone in London this Christmas. As hard as it is to swallow and as upsetting as it is for the family, I will do what is necessary.

‘I am going to offer my help to the hospital over Christmas, to look after those who are sick and away from their families at this time. This year has been crap but I refuse to lose hope or despair.

‘I will not let this get me down. I am sending positivity and love to anyone affected by tonight’s announcement. Remember. There is always hope of a better day.’

Boris Johnson cancelled Christmas for almost 18 million people across London, eastern and south-east England on Saturday, after scientists warned of the rapid spread of the new variant of the virus. 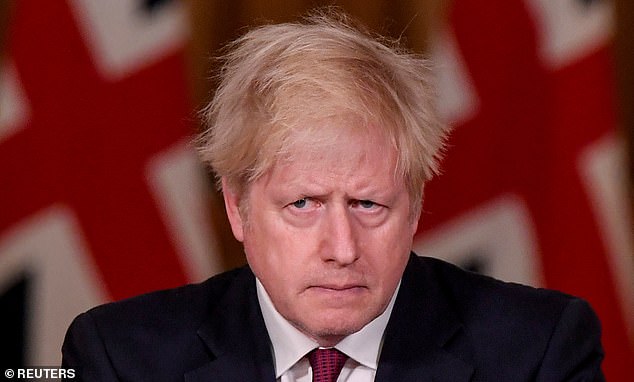 Tier 4 put areas of the country under the same restrictions seen during the UK’s national lockdown during November, with non-essential stores closed, including gyms, personal care and hospitality.

It also put a stop to the eased restrictions allowing three households to mix indoors on Christmas Day, meaning millions of people are not able to see their families.

Earlier this month, Dr Alex returned for a new series of his podcast The Waiting Room, and opened with a tribute to Llŷr, who died in July.

‘I’ve been going through the hardest time in my personal life after loosing my brother Llŷr to mental health in July,’ Alex told listeners. ‘He was only 19 with a career in medicine ahead of him. 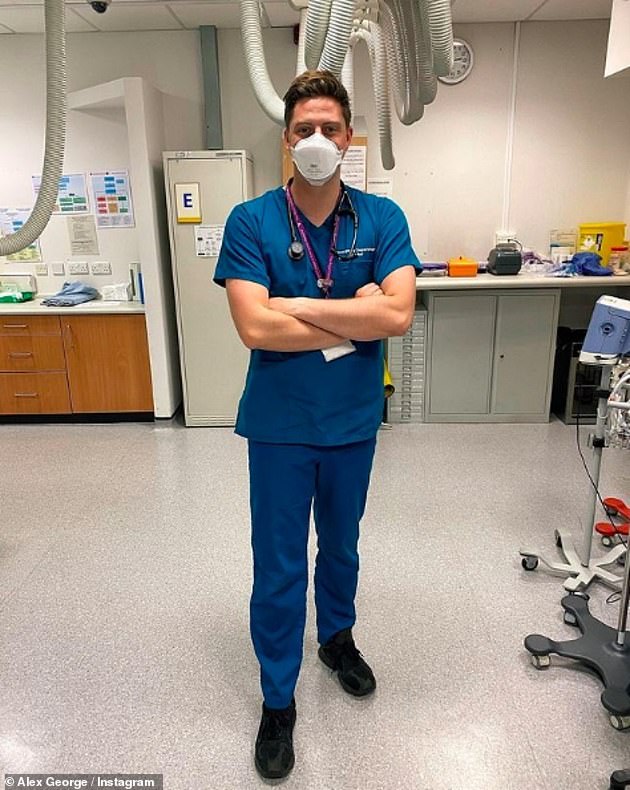 Hero: A&E doctor Alex shot to fame on Love Island 2018 and has been treating Covid-19 patients at Lewisham Hospital in London and sharing his experiences with the nation 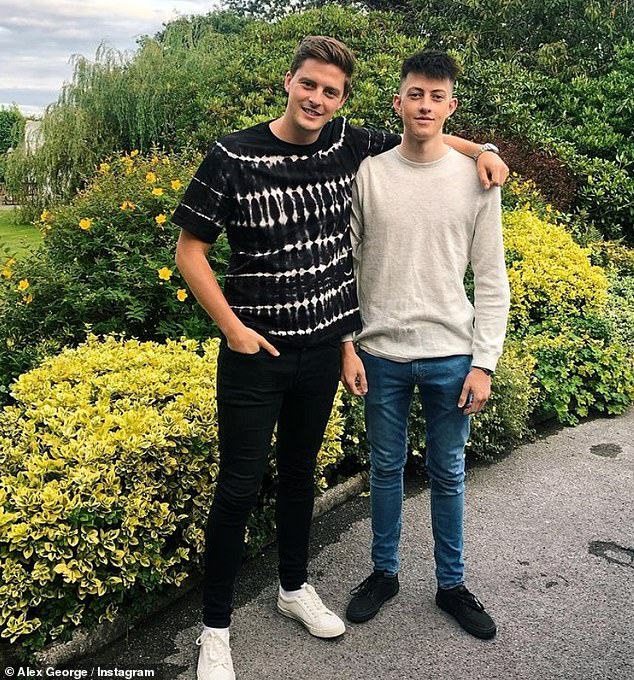 Family: The Love Island star’s brother tragically passed away in July aged 19 and was just weeks away from getting into medical school and following in Alex’s footsteps

‘I was so so proud of him. I miss him so much and he is always in my thoughts.’

Thanking his followers, Alex went on: ‘Your support has been overwhelming, your kindness and your care, and I just want to take a moment to acknowledge this. Thank you so much, you have been amazing.’

Alex used the opportunity to advise others in similar circumstances.

‘To anyone who is struggling please reach out and ask for help. There is always hope of a better day.’

Alex recalled what someone ‘very very wise’ told him after his brother passed away.

‘Life throws us into the deep end at times but with the help of family and friends we  overcome even the most seemingly surmountable of challenges. Just know you are never alone.’

Reflecting on the grieving process, Alex added: ‘Grief is an ongoing process and I’ll never get over losing Llŷr, but i want to continue doing the things that are important to me.’

A&E doctor Alex – who shot to fame on Love Island 2018 – was debuting the fourth series of the podcast after a trying year.

He’s been treating Covid-19 patients at Lewisham Hospital in London and sharing his experiences with the nation in his role as a TV medic.

Alex confirmed his brother’s passing on social media in July, describing him as ‘the kindest and most caring soul’. 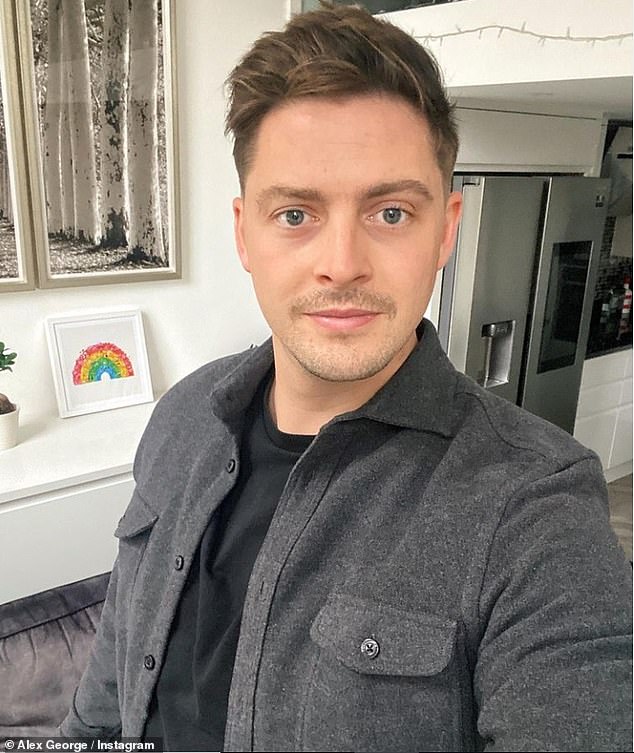 Alex said: ‘It’s been a tough few months, he passed on the 23rd of June so not that long ago. I’m probably still very much in a numb phase’