BBC Breakfast presenters Dan Walker, 43, and Louise Minchin, 52, regularly share photos on social media ahead of their live broadcast. It was no different when the latter uploaded a candid snap of the pair earlier this week, but it seemed the father-of-three was not prepared for the impromptu shoot.

In view of her 203,000 Twitter followers, Louise shared her usual “Good Morning” post, accompanied with a snap of the duo, as she beamed directly down the camera.

However, Dan’s eyes were firmly closed as some viewers hinted the presenter needed to take a quick nap.

One fan remarked: “Good morning both. Has Dan thought about a reclining seat?”

“Has Dan always been leaning towards the left?” another commented, as the presenter appeared to tilt to one side. 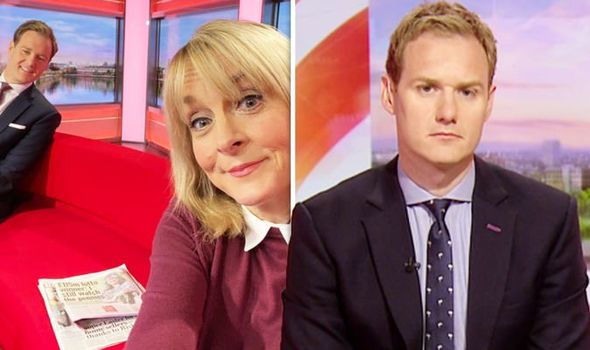 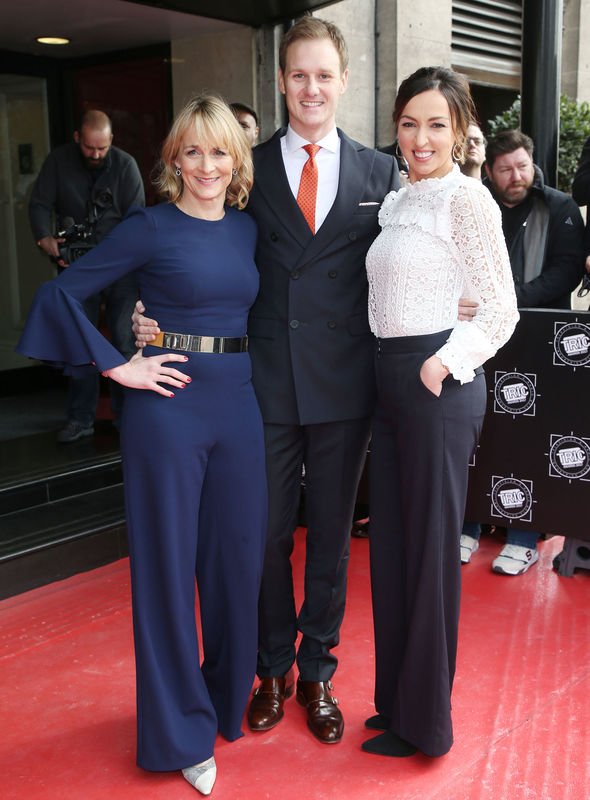 Louise later took the opportunity to share another snap of her co-star the following day.

Dan looked ready for his live broadcast as his co-star couldn’t resist taking a cheeky swipe at him.

Fortunately, Dan saw the funny side of the cheeky photo as he reacted to his co-host’s jibe. 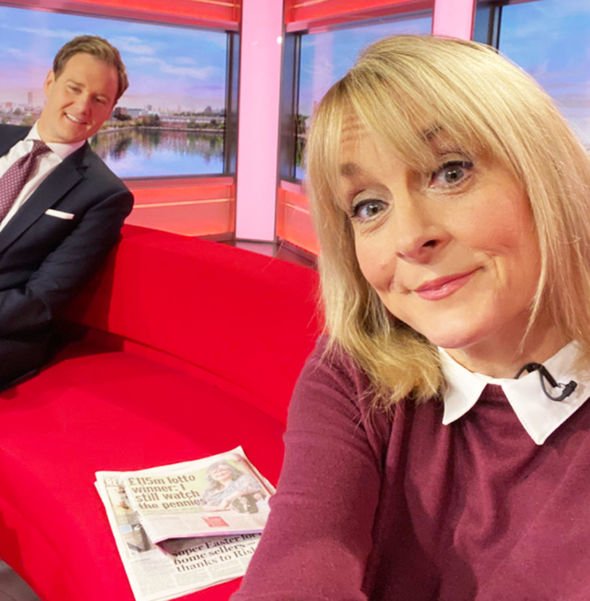 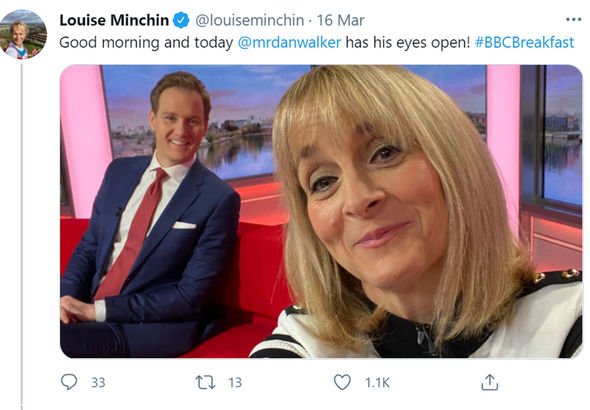 Elsewhere, the Breakfast host recently took the opportunity to praise his wife Sarah Walker, after she offered her assistance to the broadcaster.

Dan revealed he was rather impressed with his other half’s hairstyling during lockdown.

Taking to his Instagram page he shared a picture of his latest lockdown haircut, and said: “Side view of my home haircut. Thank you Mrs W. Good morning.”

Fans also were impressed with the results, as they flooded the comment section.

“Looking sharp Dan. Always the best start to the day watching you two,” another penned.

While a third quipped: “Is Mrs W taking bookings?”

Back in July, Dan revealed he “butchered” his own hair after he had convinced his wife to finally give him a lockdown trim.

Despite her efforts, he admitted he had ruined all of her hard work after taking hold of some scissors.

Captioning the snap on Instagram, he wrote: “My wife finally agreed to cut my hair. She has done an amazing job. ‪Sadly, I decided to have a little trim of the fringe afterwards and… I have butchered it.

“It is SO bad I can’t even show you an actual picture of the scissor shame. This will have to do.”